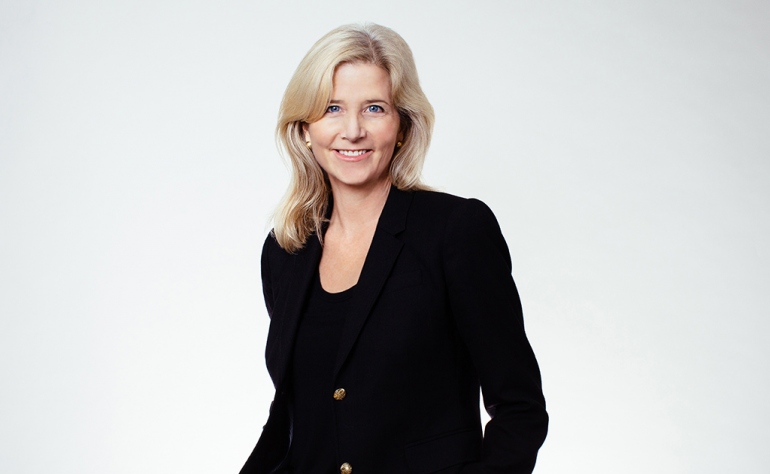 Currently associate vice chancellor of UDAR, Arnett has risen rapidly through the ranks at UDAR since joining UCSF in 2010. She succeeds John Ford, who has served as vice chancellor since 2012. Arnett will report to UCSF Chancellor Sam Hawgood, MBBS, and will join his executive team.

Jennifer’s outstanding work with the extraordinary team at UDAR, and her strong bonds with our most generous donors, our committed volunteers and our faculty, have brought UCSF to new heights.

Arnett has made significant contributions to the University in her seven years at UCSF, a period during which UDAR has entered the top echelon in attracting philanthropy. During her tenure as associate vice chancellor, which began in 2012, UCSF shattered fundraising records both within the University of California system and on a national scale. Since the “quiet phase” of the new campaign began in July 2013, UCSF has raised $3 billion, including nearly $1 billion in endowment. UCSF was No. 1 in fundraising among public universities nationwide in 2016, and No. 5 among all U.S. universities during that period.

“Jennifer’s outstanding work with the extraordinary team at UDAR, and her strong bonds with our most generous donors, our committed volunteers and our faculty, have brought UCSF to new heights,” Hawgood said. “I look forward to our continued collaboration to sustain the next generation of leaders in science and health.

"With the generosity and vision of our philanthropic partners, and thanks to our gifted and innovative faculty, in the coming years UCSF is poised to make transformational advances in health.“

In addition to playing an instrumental role in securing principal gifts and grants for research programs, faculty and key facilities, Arnett partnered with Ford and with Bill Oberndorf, chair of the UCSF Board of Overseers, to reorganize the Board and recruit new members, to better provide expertise in areas of strategic importance to the University; in her new position, she will serve as the Board’s vice president.

“Collaboration is a hallmark of UCSF, and Jennifer has personified that spirit in my work with her on the Board of Overseers,” Oberndorf said. “I’m looking forward to continuing our partnership as she takes on her new role, one in which I’m confident she will excel.”

In its fundraising work, UDAR leadership and staff forge and nurture relationships between faculty members and potential donors.

Matthew W. State, MD, PhD, chair and Oberndorf Family Distinguished Professor in Psychiatry, said, “Jennifer has been an ideal partner in our philanthropic efforts in the Department of Psychiatry. She and the UDAR team were crucial to our success in obtaining a lead gift from the Lisa and John Pritzker Family Fund, which is supporting the construction of a new Child, Teen, and Family Center and Department of Psychiatry building. She has been tireless in efforts to raise additional funds and has been a linchpin in the success of the building project, which will help transform mental health research and care at UCSF, in the Bay Area, and beyond.”

Faber came to UCSF in 2009, taking on UCSF’s fundraising efforts for basic science. His responsibilities have since expanded to include leadership of all UDAR’s development officers working in translational research and adult clinical specialties, as well as overseeing UDAR’s development communications and events. Faber is also in charge of UDAR’s office of principal gifts and has played a key role in securing some of UCSF’s largest donations.

Continuing to work closely alongside Arnett and Faber will be Erin Hickey, who has served as assistant vice chancellor for Children’s Health, directing fundraising efforts for the UCSF Benioff Children’s Hospitals, since February 2016.

Together, Arnett, Faber and Hickey will lead a team of 180 staff in a comprehensive and dynamic development program to support the University’s world-renowned basic and clinical research programs, professional and graduate education, as well as UCSF Health, including the UCSF Benioff Children’s Hospitals.

“I could have had no better mentor than John Ford – I’ve been truly fortunate to partner with him over the past five years – and could have no better colleague than Michael Faber to begin this next exciting chapter. I am honored to have the opportunity to serve UCSF at this very special moment in time – to work with our faculty, leaders, alumni and volunteers to raise philanthropic support for unprecedented advances in biomedical science and healthcare,” Arnett said. “With our exceptional faculty, strong leadership and location in the Bay Area, UCSF is uniquely positioned to solve some of the most pressing problems in the health sciences, and we are fortunate to have wonderful donors and volunteers who share and support our ambitions.”