In the year since announcing an ambitious, $5 billion fundraising campaign, UC San Francisco has seen record-breaking generosity from its supporters, inspired by faculty-led ideas to tackle some of the toughest problems in health and science.

The University publicly launched UCSF: The Campaign, its first comprehensive fundraising campaign in more than a decade, in October 2017 to help sustain its excellence and build for its future.

Chancellor Sam Hawgood, MBBS, announced this past October that UCSF had raised $1.2 billion, counting gifts, grants and pledges in fiscal year 2018, making it one of only a handful of universities to have ever reached the billion-dollar threshold in a single year. During this period, it received more than 185,000 campaign gifts from nearly 113,000 donors – 70,000 of whom were new to UCSF.

While these successes underscore the boldness of the ideas that are inspiring the university’s donors, they also tell a story about the UCSF community. With the help of faculty-led planning committees, more than 180 ideas submitted by the campus community during the campaign’s planning phase were shaped into three thematic areas: Decoding Life to Improve Health, Leveraging Discovery to Revolutionize Care, and Partnering to Achieve Health Equity. Threading throughout these campaign goals is the importance of sustaining support for our students and faculty, the drivers of UCSF’s future.

“More and more faculty members have been approaching me – not as individuals with their own ideas for funding, but rather as teams with a well-thought-out collaborative vision about how they plan to work together to tackle even larger, more complex problems,” said Chancellor Sam Hawgood, MBBS, during his 2018 State of the University Address.

“I’m pleased that during this campaign we’ve already raised more than $1 billion in professorships, scholarships and other support for our brilliant minds, more funding than any other area of the campaign,” added Hawgood. “Although some of this support comes in the form of pledges paid in the years ahead, our strong focus on endowment will allow us to compete head-to-head with private institutions with much longer histories of raising money for faculty and student support.”

A noteworthy gift in that area was made by Michelle Rhyu, an alumna of UCSF’s PhD program, and her husband, Stephen C. Neal, as part of an inaugural campaign to support the recruitment and retention of women in discovery science.

To date, UCSF: The Campaign has raised more than $4.2 billion from nearly 200,000 donors. In fiscal year 2018 alone, UCSF raised $1.2 billion, making it one of only a handful of universities to have ever reach the billion-dollar threshold in a single year. Learn more about the impact of these generous gifts » 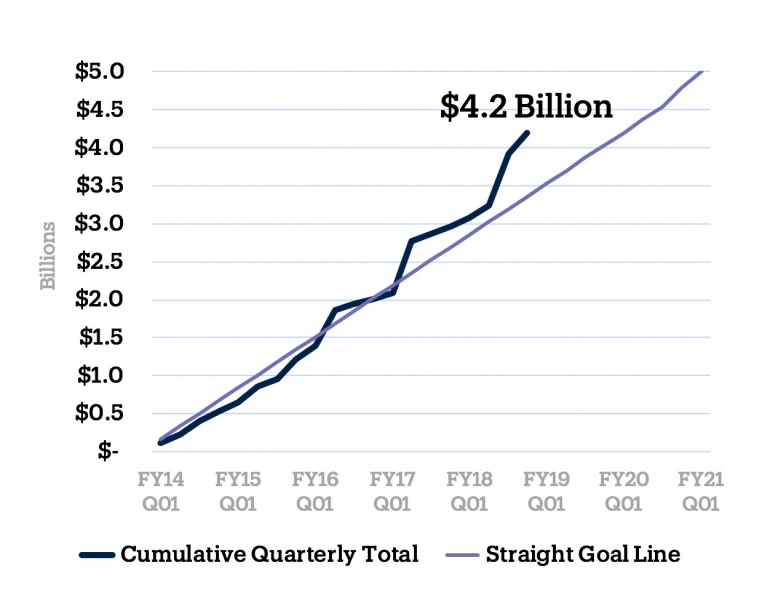 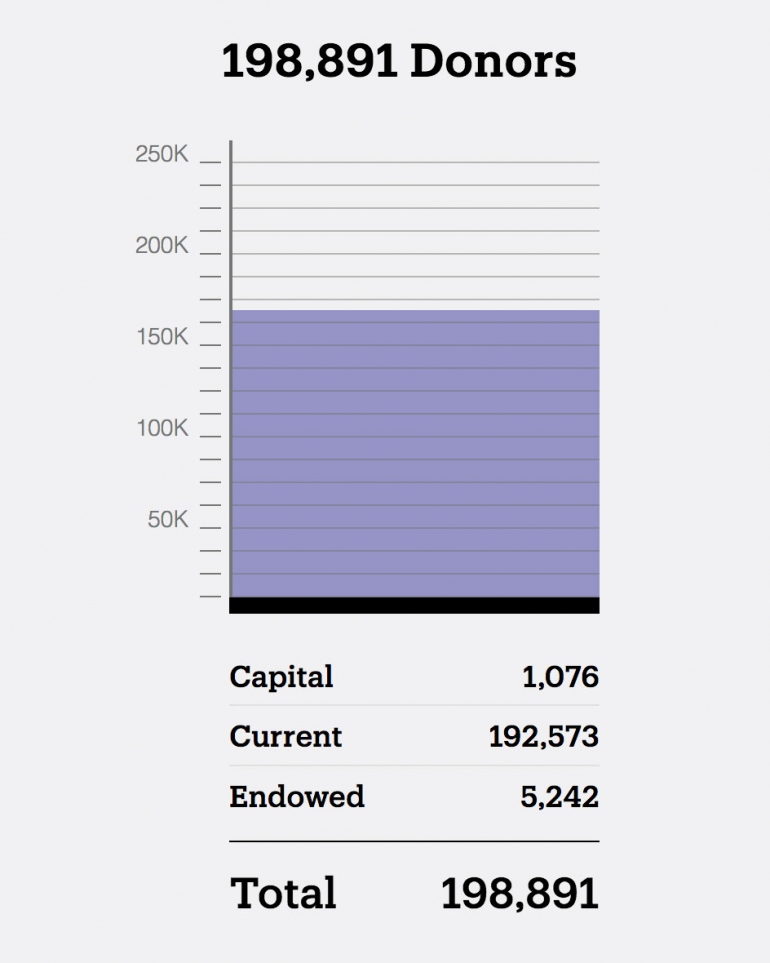 Last February, the University announced a remarkable $500 million commitment from the Helen Diller Foundation to support the planning, design and construction of a new, world-class hospital at Parnassus Heights.

The gift ensures that UCSF will continue to provide premier patient care in the San Francisco Bay Area and beyond. The extensive planning process is now underway for an architecturally outstanding, patient-focused and environmentally sustainable hospital, with the goal of opening before 2030.

The world-class medical treatment at all UCSF’s campuses is driven by cutting-edge discovery that also is being fueled by philanthropy. Funded by a significant gift, the new Bakar ImmunoX Initiative will enable clinicians and scientists to analyze the role of the immune system across diseases from cancer to chronic viral infections to immune-mediated neurodegeneration. The resources made possible by ImmunoX will drive a revolutionary approach to team science and set the standard for other institutions.

This innovative approach can be seen with the launch of the new UCSF Dolby Family Center for Mood Disorders. Made possible by a gift from Dagmar Dolby and her son, David, the funds will help researchers to fully pursue the ambitious goals of developing precision-medicine treatments and novel therapeutics for severe mood disorders and creating better diagnostic tools to help patients get the right treatments earlier.

Finally, UCSF faculty and clinicians are working to close the divide in health outcomes and access to care as they partner to achieve health equity for the most vulnerable in the community. For example, the recent multimillion-dollar gift from the Braddock Family Foundation to expand psychological services will help them become an integral standard-of-care component for hematology-oncology patients at UCSF Benioff Children’s Hospital Oakland. And the Stupski Foundation has made a generous gift to support FINDconnect. Created four years ago, this intervention allows people to use a computer application to help screen pediatric families – especially those living in poverty – for social needs and refers them to patient navigators who can work with them to create goals and then connect them to appropriate resources.

Advancing Toward the Home Stretch

As UCSF: The Campaign continues toward its goal, Jennifer Arnett, vice chancellor for University Development and Alumni Relations, said the power of storytelling will be critical to building support for UCSF’s vision of radically transforming health.

She urged the UCSF community to actively participate in sharing the mission and work being done here every day. That outreach is particularly important as the campaign enters its final phase and engages with communities members who may be less aware of UCSF’s integral role in the Bay Area and beyond.

“Our donors and the UCSF community have long been quietly amazing, but this is the moment to inspire others with our aspirations – to share our stories of discovery, compassionate care, preparing leaders and serving others,” said Arnett.