Last year, Diane Sammons went to see her doctor about an ulcer on her left heel. The doctor took one look at the infected wound and called 911.

On the ambulance ride over to the emergency room at UCSF Helen Diller Medical Center at Parnassus Heights, she realized that she might lose her foot. “I used to be very athletic, so this was overwhelming,” said Sammons, a retired pediatric nurse who was used to long hours on her feet and had been an avid tennis player.

But like many people with diabetes, which can cause nerve damage, Sammons hadn’t noticed the ulcer on her foot until it had become badly infected.

The loss of a toe or limb to diabetes is more common than many people realize – and it’s a tragic outcome that UC San Francisco’s Limb Preservation and Diabetic Foot Center is working to prevent.

In 2016, more than 12,000 Californians underwent diabetes-related amputations. The problem may start with a blister on the foot that goes unnoticed and untreated because people with diabetes often lose feeling in peripheral nerves. These small injuries can become infected when, as is often the case, the diabetes is accompanied by poor circulation in the limbs.

The more time that passes for diabetic patients with an ulcerated or infected foot, the more tissue they lose, and the more likely they are to face the possibility of a major amputation. That’s why the byword among staff at UCSF’s Limb Preservation and Diabetic Foot Center is “time is tissue.”

In the last few years, the limb preservation program at UCSF has shown that many diabetes-related amputations can be avoided with a new approach to treatment. They’ve saved many toes and limbs – including Sammon’s feet – from the grip of diabetes.

“Most people with diabetes are less afraid of dying than they are of losing their leg,” says Alex Reyzelman, DPM, co-director of the center. “And we know that we can prevent the great majority of amputations if we can get to patients early.”

A Podiatrist and Vascular Surgeon Team Up

Preventing amputations has been the goal of the center since its founding in 2011. Prior to that, Michael Conte, MD, the center’s founding co-director, and chief of the Division of Vascular and Endovascular Surgery, had seen his share of limbs lost to diabetes. Those patients often bounced between his office and the podiatrist. The fragmented care was not only inconvenient, said Conte, but delayed treatment. “Time ends up being a major determinant of these outcomes.”

So Conte invited Reyzelman, a nationally recognized limb salvage podiatrist to join him in a new venture – a clinic where vascular surgeons and podiatrists would see patients together. “Both of us realized over the years that by ourselves, neither of us can optimally prevent amputations,” said Reyzelman, who is now senior physician diplomate for the UCSF Division of Vascular Surgery. “Putting vascular surgery and podiatry together in one center, that’s really the ticket.”

The approach has paid off. “When we have more than one specialist in the room looking at the patient and their foot at the same time, we communicate better, we make better decisions, and we’re overall more effective,” said Conte.

When we have more than one specialist in the room looking at the patient and their foot at the same time, we communicate better, we make better decisions, and we’re overall more effective. 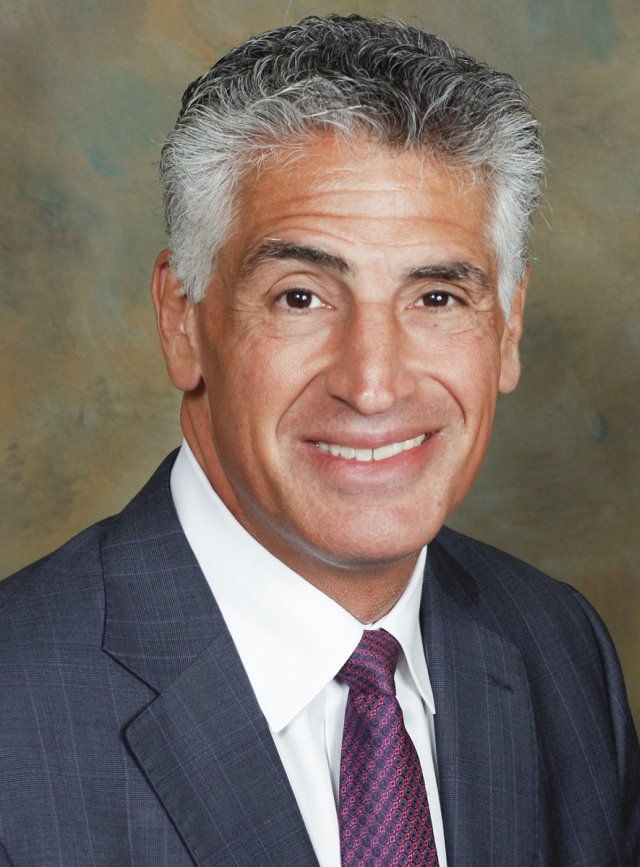 The center, located at UCSF’s Parnassus Heights campus, sees about 2,000 patients annually and that number is rapidly growing. As word about the center has spread and patients come in as referrals or for second opinions, the center takes in about 300 new patients per year.

In the United States, there are 30 million people living with diabetes, and about one-quarter of them will develop at least one foot ulcer in their lifetime, amounting to about 1.5 million foot ulcers a year.

People with diabetes are prone to foot injury and infection because they often develop neuropathy, a condition in which the nerves lose sensation. A person with neuropathy in her feet is unlikely to notice when there’s a rock in her shoe or when a blister or other injury is forming, until she discovers the blood in her shoes or socks.

The center, the first of its kind in the Bay Area, pools the expertise of vascular surgeons, podiatrists, reconstructive microsurgeons, and other specialists to provide integrated, multidisciplinary, care for patients at high risk of foot and leg amputation, particularly diabetic patients.

Such injuries are further complicated by peripheral arterial disease that often accompanies diabetes. The lack of circulation often leads to ulcers that can easily become infected.

And once an infection or open wound takes hold, it can threaten the viability of a foot or limb. So Conte and Reyzelman see education as the first line of defense in saving limbs, telling patients to inspect their feet visually every time they take their shoes off, and to dutifully tend to wounds. But often the two don’t see a patient until a wound has progressed or become infected.

In the clinic, where there are three podiatrists and four vascular surgeons, patients are assessed concurrently by doctors from both specialties – a situation that is made possible by the co-location of the specialties at the Parnassus Heights campus. The doctors determine the degree of vascular disease and the severity of the foot wound, and make a treatment plan with the patient. A premium is placed on aggressive control of infection and insuring adequate blood flow.

The plan involves wound care and may also include a vascular procedure such as balloon angioplasty or stenting to open blood vessels. More severe cases may call for major vascular surgery (bypass grafts) or advanced wound care, which speeds healing. Some patients are also given special shoes or braces that take pressure off the feet. Patients are followed closely – often weekly – to determine progress and treatment plans altered if there appears to be a stall in the healing or worsening of signs or symptoms.

Over the last year, a team of UCSF podiatrists and vascular surgeons have worked with Sammon to heal her feet and stave off the need for amputation. She had vascular surgery to open up the arteries in her legs.

Now she comes every week to the clinic where Reyzelman checks up on her feet and changes the compression dressing that wraps from her toes to just below her knees. She wears supportive braces that keep pressure off her heels and still uses a wheelchair, but hopes to be walking soon.

“Now it’s just about waiting for my body to do what it needs to do,” she said.

To Save More Limbs, Awareness Is Key

After the initial interventions to prevent amputation, the two long-term challenges are to ensure complete healing and to prevent recurrence. To that end, the National Institutes of Health have created a new Diabetic Foot Research Consortium of six medical centers around the country that will identify and validate new technologies that can help address these challenges. Conte and Reyzelmans’ center was chosen as a location, and awarded $1.7 million over four years.

“There’s a whole new range of promising technologies out there, from so-called smart socks that measure the temperature of people’s feet to genetics and molecular assessments of the wound,” said Conte. “We’re really excited to be part of this group poised to execute important studies and move the science forward. Our selection by NIH is a recognition of the accomplishments of our Limb Preservation team at UCSF.”

Many patients come to UCSF, or are sent by their care providers, for specialized and complex care they cannot receive at local community hospitals.

Learn how we are planning for the future

The state of California has also taken steps to reduce complications from diabetes with an education and prevention initiative aimed at Medi-Cal patients. Conte sees the initiative as an opportunity to demonstrate the strengths of the team approach to patients and to encourage them to seek timely help.

At the moment, lack of awareness may be the major barrier to reducing amputations. For many patients who show up in their clinic, said Reyzelman, “they don’t realize that their foot problem started from having poorly controlled blood sugar over the years.”

“You would think this is such a common problem and the numbers are so massive, that there would be a lot of awareness,” said Conte. Yet unlike heart disease and stroke, which have benefitted from awareness campaigns, loss of limbs from diabetes is still poorly understood among the public.

“If we can make people understand the importance of timely and effective care and how this team approach is better, it will improve things a lot,” said Conte.

At Sammon’s weekly visit with Reyzelman, patient and doctor had an easy rapport. He complimented her on her “beautiful feet,” she replied he needed glasses.

“But the fact of the matter is, you still have feet,” said Reyzelman.

“That is such an understatement,” said Sammon. “This glorious doc saved my feet.”