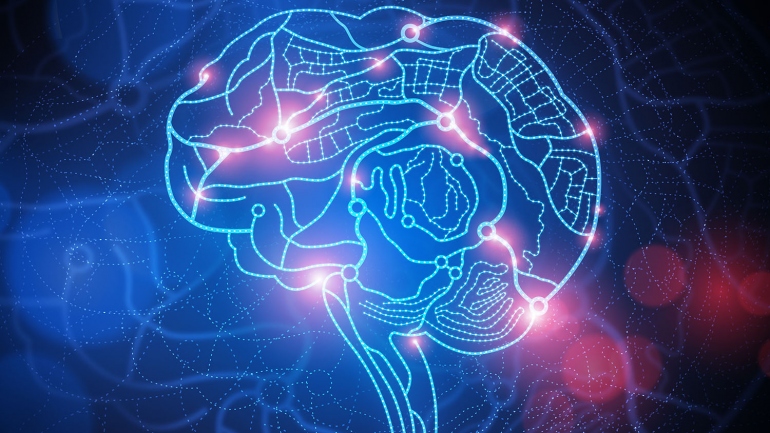 The human brain has been called the most complex object in the cosmos, with 86 billion intricately interconnected neurons and an equivalent number of supportive glial cells. One of science’s greatest mysteries is how an organ of such staggering complexity – capable of producing both love poetry and scientific discovery – builds itself from just a handful of stem cells in the early embryo.

Now researchers at UC San Francisco have taken the first step toward a comprehensive atlas of gene expression in cells across the developing human brain, making available new insights into how specific cells and gene networks contribute to building this most complex of organs, and serving as a resource for researchers around the world to study the interplay between these genetic programs and neurodevelopmental disorders such as autism, intellectual disability and schizophrenia.

The work described in the new paper – published Dec. 8, 2017, in Science – was led by three young UCSF researchers: Tomasz Nowakowski, PhD, an assistant professor of anatomy; Alex Pollen, PhD, an assistant professor of neurology; and Aparna Bhaduri, PhD, when all three were post-doctoral researchers in the UCSF lab of Arnold Kriegstein, MD, PhD, the new paper’s senior author.

“It’s critically important to be able to look at questions of brain development in real human tissue when you’re trying to study human disease. Many of the insights we’re able to gain with this data can’t be seen in the mouse,” said Kriegstein, a professor of neurology, member of the UCSF Weill Institute for Neurosciences, and director of the Eli and Edythe Broad Center of Regeneration Medicine and Stem Cell Research at UCSF.

Previously, Pollen and Nowakowski had developed techniques for analyzing distinctive patterns of DNA activity in individual cells extracted from human brain tissue. The approach enabled a wide range of studies of human brain development, including implicating a new class of neural stem cell recently discovered by the lab in the evolutionary expansion of the human brain and identifying how the mosquito-borne Zika virus may contribute to microcephaly in infants infected in utero.

Working with Bhaduri, who has a background in statistics and bioinformatics, Pollen and Nowakowski began exploring how specific classes of neurons and stem cells in the developing brain contribute to normal brain growth as well as to neurodevelopmental disease, and have begun to build a comprehensive, open-source atlas of gene expression across the developing brain, which they hope will serve as a resource for other scientists.

“This is an attempt to generate an unbiased view of what genes are expressed in every cell type in the developing human brain in order to highlight potential cellular vulnerabilities in patient-relevant mutations,” said Nowakowski.

“Identifying gene variants that are general risk factors for neurological and psychiatric disease is important, but understanding exactly which cell types in the developing brain are compromised and what the consequences are is still extremely challenging,” Pollen added. "A cell atlas could serve as a bridge to help us to do this with more confidence."

In their new Science paper, the researchers analyzed gene expression in single cells across key developmental time points and from different regions of the brain. Bhaduri then used statistical algorithms to cluster different cells based on their patterns of gene expression.

This analysis allowed the team to trace the genetic signals driving brain development at a much finer level, both regionally and over time, than had previously been possible. For example, the researchers were able to identify previously unknown gene expression differences between the neural stem cells that give rise to the brain’s deep structures versus its neocortical surface, and to show that molecular signatures of different neural cell types arise much earlier in brain development than previously realized.

“I was excited to come into this project with an incredibly rich dataset to analyze,” Bhaduri said. “By analyzing this dataset in new ways, we were able to discover early molecular distinctions across areas and over time that begin to specify the astonishing diversity of neurons in the cerebral cortex."

One of the team’s most exciting new observations suggests a link between autism and a type of neural stem cell called outer-radial glia (oRGs), discovered by the Kriegstein lab in 2010. These stem cell populations are greatly expanded in primates and may be responsible for the radical expansion of the cortex that gave rise to human intelligence. In the new study, the researchers discovered that during the second trimester of human brain development, oRG cells express genes related to a fundamental signaling pathway called mTOR, defects in which have previously been implicated in autism and several other psychiatric disorders. This finding suggests that future studies should also consider the role mTOR-expressing oRG cells may play in the origins of these disorders.

Another provocative observation from the new study was that transient gene expression events during brain development set up broad distinctions in neural fate between cells in different areas in the cerebral cortex. This contrasts with an idea that has been dominant in neuroscience for many years: that the neocortex is made up of nearly identical “cortical columns” – a standard circuit of distinct cell types that connect across the cortex’s six layers – which tile the cortical surface like the hexagons in a honeycomb. In that model, the cell types and their local connections are generally similar everywhere – it’s just the inputs and outputs to the column that vary from place to place in the cortex. In contrast, the new data suggest that neurons in different parts of the brain express fundamentally different genetic programs during development, while nearby neurons in different layers of the cortex are surprisingly similar in their gene expression.

The authors say the new paper is the first step in a larger effort to build a comprehensive atlas of genetically-defined cell types in the human brain. Kriegstein’s team recently received a 5-year $5 million grant from the National Institutes of Health (NIH) BRAIN Initiative to expand this effort, and to make the resulting data available publicly to all in the field through an interactive data browser built in collaboration with colleagues at UC Santa Cruz.

“This study focused on the development of the neocortex, but we aim to analyze multiple brain regions and developmental stages to achieve a more comprehensive atlas of cell types in the developing human brain,” Kriegstein said. “It’s still a fundamentally open question how many cell types there are in the brain, which clearly has more cellular diversity than any other organ.”

“We hope this atlas will be a roadmap for the field to explore the relationship between specific cell types, signaling pathways, receptors, and the physiological function of brain circuits,” Kriegstein added. “For example, there is a huge amount of interest and excitement globally in growing cerebral organoids” – miniature brain-like organs that can be studied in laboratory experiments – “from stem cells to model human brain development and disease mechanisms. Our brain development atlas will serve as a much-needed framework to calibrate these organoids against the real human brain.”