UC San Francisco researchers have identified cells’ unique features within the developing human brain, using the latest technologies for analyzing gene activity in individual cells, and have demonstrated that large-scale cell surveys can be done much more efficiently and cheaply than was previously thought possible. 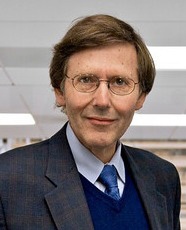 “We have identified novel molecular features in diverse cell types using a new strategy of analyzing hundreds of cells individually,” said Arnold Kriegstein, MD, PhD, director of the Eli and Edythe Broad Center of Regeneration Medicine and Stem Cell Research at UCSF. “We expect to use this approach to help us better understand how the complexity of the human cortex arises from cells that are spun off through cell division from stem cells in the germinal region of the brain.”

The research team used technology focused on a “microfluidic” device in which individual cells are captured and flow into nano-scale chambers, where they efficiently and accurately undergo the chemical reactions needed for DNA sequencing. The research showed that the number of reading steps needed to identify and spell out unique sequences and to successfully identify cell types is 100 times fewer than had previously been assumed. The technology, developed by Fluidigm Corporation, can be used to individually process 96 cells simultaneously.

“The routine capture of single cells and accurate sampling of their molecular features now is possible,” said Alex Pollen, PhD, who along with fellow Kriegstein-lab postdoctoral fellow Tomasz Nowakowski, PhD, conducted the key experiments, in which they analyzed the activation of genes in 301 cells from across the developing human brain. Their results were published online August 3 in Nature Biotechnology.

Kriegstein said the identification of hundreds of novel biomarkers for diverse cell types will improve scientists’ understanding of the emergence of specialized neuronal subtypes. Ultimately, the combination of this new method of focusing on gene activity in single cells with other single-cell techniques involving microscopic imaging is likely to reveal the origins of developmental disorders of the brain, he added.

The process could shed light on several brain disorders, including lissencephaly, in which the folds in the brain’s cortex fail to develop, as well as maladies diagnosed later in development, such as autism and schizophrenia, Kriegstein said.

According to the Nature Biotechnology study co-authors, this strategy of analyzing molecules in single cells is likely to find favor not only among researchers who explore how specialized cells arise at specific times and locations within the developing organism, but also among those who monitor cell characteristics in stem cells engineered for tissue replacement, and those who probe the diversity of cells within tumors to identify those responsible for survival and spread of cancerous cells.

No matter how pure, in any unprocessed biological sample there are a variety of cells representing various tissue types. Researchers have been sequencing the combined genetic material within these samples. To study which genes are active and which are dormant, they use the brute repetition of sequencing steps to capture an adequate number of messenger RNA sequences, which are transcribed from switched-on genes. However, it is difficult to conclude from mixed tissue samples which genes are expressed by particular cell types.

Pollen and Nowakowski showed that fewer steps – and less time and money – are needed to distinguish different cell types through single-cell analysis than had previously been thought.

“We are studying an ecosystem of different, but related, cell types in the brain,” Pollen said. “We are breaking that community down into the different populations of cells with the goal of understanding their functional parts and components so we can accurately predict how they will develop.”

Joe Shuga, PhD, co-author on the paper and a senior scientist at Fluidigm Corporation, said the system developed by the company to routinely capture and prepare the cells for messenger-RNA sequencing yields more accurate reading of the sequences.

The research was funded by the Damon Runyon Cancer Research Foundation, the California Institute for Regenerative Medicine, and the National Institutes of Health.