National political issues that impact the UC San Francisco community were at the forefront during the 10th annual Chancellor’s Leadership Forum on Diversity and Inclusion.

Organized by the Office of Diversity and Outreach, led by Vice Chancellor Renee Navarro, MD, PharmD, the forum provides an annual opportunity for students, staff and faculty to engage in conversation with leadership around key diversity issues impacting the University’s mission.

University leaders discussed a number of national issues, including the continuing efforts to repeal the Affordable Care Act, the executive order restricting immigration, support for undocumented students, and advocating for science-based policies. They acknowledged that the challenges are great, but that it is more important than ever to stand up and speak out.

“I think the operative words are ‘especially now,’” said Daniel Lowenstein, MD, executive vice chancellor and provost, who moderated the panel. He said that events of the last six months “have changed the dynamic of the issues we have to contend with.”

Throughout the event, speakers pointed to ways that UCSF can work together to be an inclusive community.

“We are committed to cultivating a community where everyone from all backgrounds has the right to work and study in an inclusive environment where they can reach their full potential,” said Chancellor Sam Hawgood, MBBS, in his opening remarks.

Using Science to Stand Up

Andrew Bindman, MD, professor of Medicine and Epidemiology & Biostatistics, has researched the implementation of the Affordable Care Act (ACA),  and he was the director of the U.S. Agency for Healthcare Research and Quality – until he was “given the opportunity to resign” by the new administration. He said the Affordable Care Act has “shrunk but not eliminated disparities in coverage for minority groups” and that the expansion of Medicaid has increased coverage to three to four million Californians.

One takeaway from the fight over the ACA, according to Bindman, is that “using evidence has mattered.” He cited the Congressional Budget Office report that estimated that 24 million Americans would lose coverage under the Republican proposed replacement as having helped to stop the first attempt at a repeal. “So I think it’s important for all of us to stand up using science,” he said.

Claire Brindis, DrPh, professor and director of the Philip R. Lee Institute for Health Policy Studies, echoed that message. “We have a responsibility as a public institution to present evidence to share our objective research findings that can help shape public policy,” she said. The recent Stand Up for Science teach-in and rally, in which UCSF scientists shared their experience of navigating politics, was a great example of the community coming together, said Brindis.

Mark Laret, president and chief executive officer of UCSF Health, said that the hardest challenges are those that attack our core values, and “that’s what we’re facing right now.” “We start with the value that every human being has the right to accessible, affordable, equitable, quality health care,” he said.

A threat to that value would be block granting federal funds for Medicaid, which would be “devastating” and take health care away from 3 million Californians. “Our job at UCSF is to do what we can to make that case,” he said.

International scholars and students in the U.S. are facing the most challenging political environment since 2001, said Brian Groves, director of the International Students and Scholars Office. He said that UCSF has structures in place to support the international community and that these were in full effect after the January executive order banning travel from seven countries, including a statement from Lowenstein, a town hall with University leaders and the formation of a standing task force.

Alejandra Rincon, PhD, assistant vice chancellor and chief of staff of the Office of Diversity and Outreach offered encouragement to undocumented students under the Deferred Action for Childhood Arrivals policy. UCSF began enrolling DACA students three years ago and currently has 12 students among the 3,700 across the UC system. She pointed to a new website, undocu.ucsf.edu, set up by the Office of Diversity and Outreach that provides information for undocumented immigrants, including policy updates and legal resources. “To the Dreamers at UCSF, we say ‘Sí se puede,’” she said.

Though much of the forum focused on current topics that are affecting UCSF, portions of the event reflected on the work that UCSF has done to foster diversity and inclusion, from faculty hiring to sexual harrassment training. 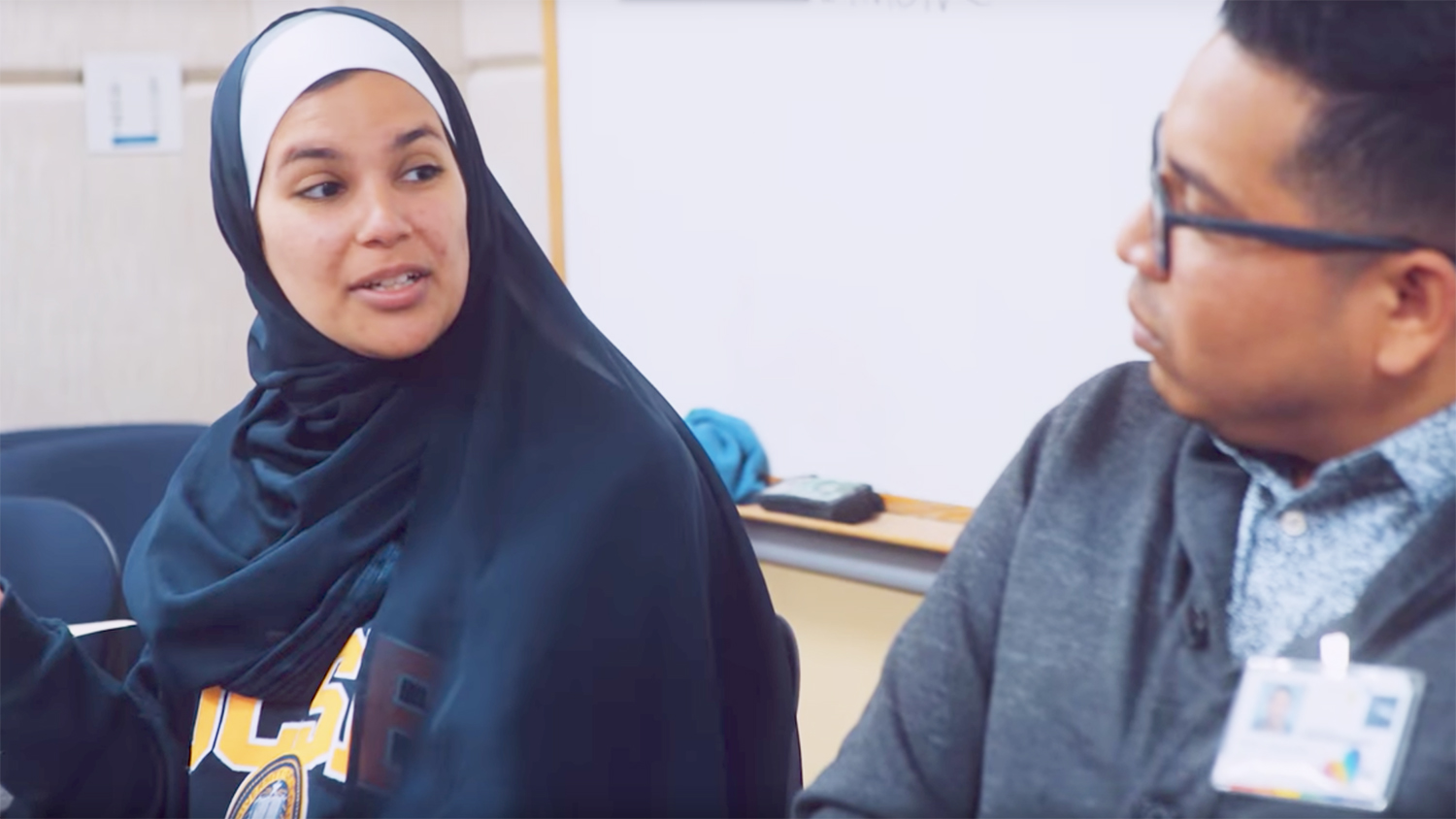 The Office of Diversity and Inclusion also debuted a video during the forum that highlighted four people from across UCSF who have faced discrimination. Those people spoke to how others can be advocates or stand up around inclusion.

Navarro said the 10th anniversary of the forum demonstrates UCSF leadership’s continuing commitment to diversity and their willingness to be held accountable.

“It is critical that we stand up and speak up as leaders to really reaffirm what our values are and what our commitments are. It's so necessary, especially now,” she said.