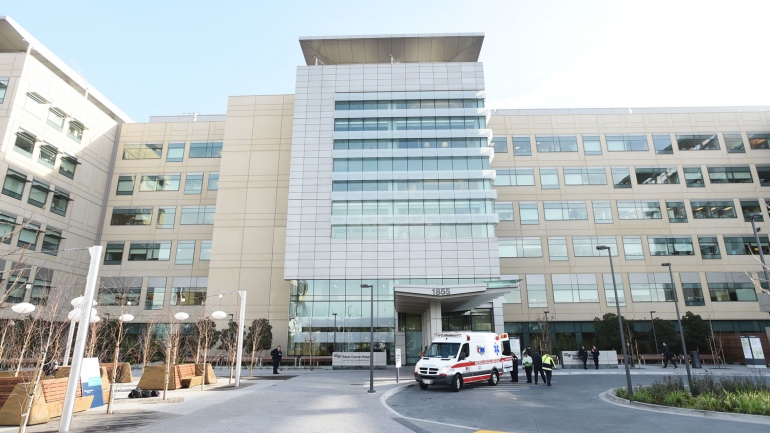 Generous gifts in 2015 from The Atlantic Philanthropies and Silicon Valley angel investor Ron Conway and his family supported the UCSF Medical Center at Mission Bay, which opened last February. Photo by Noah Berger

UC San Francisco raised more than $600 million in private contributions in 2015, the highest total of any public U.S. university and fourth-highest of all U.S. universities.

The Council for Aid to Education (CAE) released the rankings this week, reporting that overall charitable giving to colleges and universities increased 7.6 percent to a record $40.3 billion. 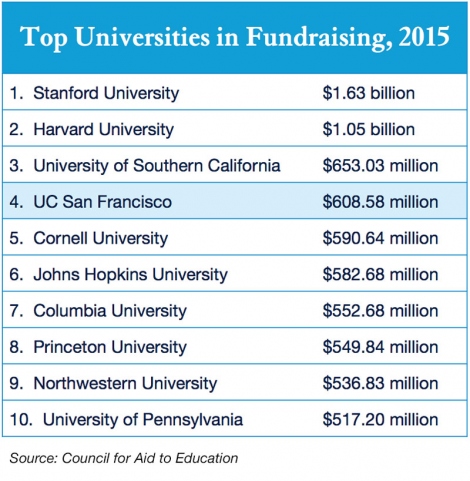 Private contributions are vital to sustaining UCSF's mission, as state funding for education only accounts for 3 percent of overall revenue and research funding from the National Institutes of Health grows increasingly competitive. These contributions also go toward translational research that ensures our discoveries can be applied to patient care.

Landmark gifts included The Atlantic Philanthropies’ donation of $100 million for the Mission Bay hospitals, faculty and staff recruitment, and research programs focused on neurosciences and aging. The foundation, established by Charles “Chuck” Feeney, has contributed more than $500 million to UCSF over the past decade.

UCSF received major investments in mental health research and care: An anonymous $50 million gift, announced in June, will establish a new mental health center near Mission Bay, and a $20 million gift from the Ray and Dagmar Dolby Family Fund is supporting research to rapidly advance the understanding of mood disorders.

“We are very fortunate in continuing to gain the support and confidence of our friends in the philanthropic community,” said UCSF Chancellor Sam Hawgood, MBBS. “This generosity has an enormous impact, propelling the work of our researchers, clinicians, and students and allowing us to change people’s lives for the better.”