The University of California will meet its January goals toward implementing a comprehensive approach to addressing sexual violence on campuses, including the creation of a full-time, confidential advocate and support office on each campus and the establishment of a standard model for responding to sexual violence across the university system. 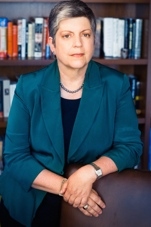 The measures are among the seven recommendations the President’s Task Force on Preventing and Responding to Sexual Violence and Sexual Assault issued in September. An update on the task force’s progress was presented Jan. 21 for discussion at the UC Board of Regents meeting at UC San Francisco.

“The taskforce acted with swift, deliberate purpose in meeting the timeline the members were given,” UC President Janet Napolitano told the board. “I am pleased to report that they will meet all four of the milestones they were charged with reaching by January. These are important steps in ensuring that UC policy on preventing and responding to sexual assault and sexual violence is consistent across the entire University of California.”

Over the past four months, UC has successfully implemented task force recommendations aimed at improving services and response to sexual violence and ensuring consistency across the system. These include:

The university is also working diligently on the other task force recommendations slated to launch in July. These include developing a comprehensive education and training program on each campus and establishing unified investigation and adjudication standards and sanctions.

Before President Napolitano formed the task force in June 2014, all 10 UC campuses had systems and programs in place to educate, prevent and respond to sexual violence, but practices varied from one campus to another. The task force’s seven recommendations aim to strengthen existing services and programs and ensure the university has a consistent approach to addressing sexual violence on campuses.

President Napolitano also requested the task force address an additional issue: providing appropriate services to those responding to allegations. This eighth recommendation will be implemented systemwide in July.

For more information on the task force, click here.