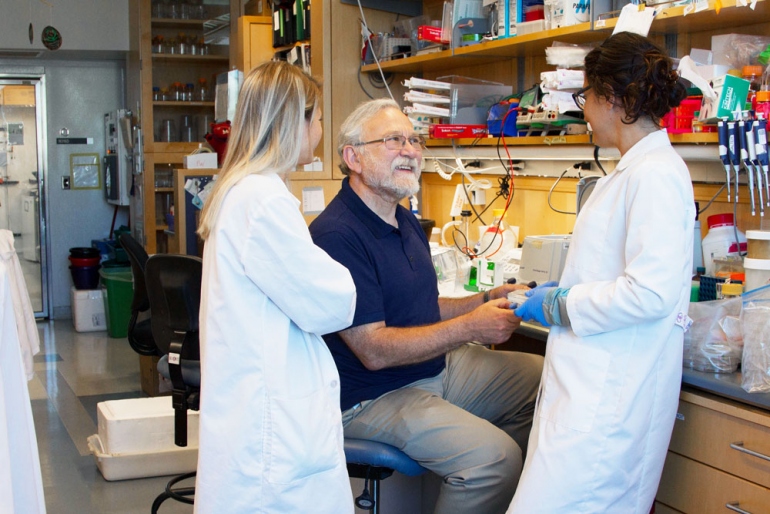 Peter Walter, PhD, vividly remembers the atmosphere of “political insanity” that colored an otherwise happy youth in Cold War-era West Berlin, then a walled city that was itself encircled by the hostile territory of East Germany.

“If you crossed that wall,” he recalled, “you’d be shot at, and that has to affect your life.”

It’s not surprising, then, that Walter was drawn to science, the realm of human life that perhaps comes closest to erasing, or at least blurring, such boundaries.

“Science bridges divides and political systems and religions, and it’s a very unifying force in the world,” Walter said. “We build knowledge, and we use it for the betterment of mankind.”

Over the course of a research career spanning four decades, Walter – a professor of biochemistry and biophysics at UC San Francisco and a Howard Hughes Medical Institute Investigator since 1997 – has added considerably to our knowledge, particularly in his groundbreaking work on a fundamental cellular quality-control system known as the unfolded protein response, or UPR.

For his work on the UPR, Walter on Monday received the 2014 Albert Lasker Basic Medical Research Award, one of the most prestigious honors in science and medicine. He shared the award with Kazutoshi Mori, PhD, a leading UPR researcher at Kyoto University in Japan.

It’s the second major accolade this year alone for Walter, who in May won Asia’s highest scientific honor, the 2014 Shaw Prize in Life Science and Medicine.

From a very young age, Walter had a passion to understand how things work. 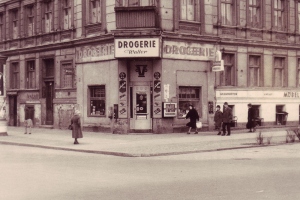 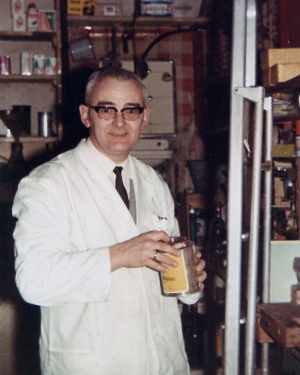 Though he was strongly influenced by his father, who owned a drugstore, the unusual political and economic constraints on everyday life in West Berlin kept his parents preoccupied with earning a living, and they saw their son’s chosen path – a life as a working scientist – as potentially risky, Walter said. “The road I chose to go down had very little connection to their reality, and it’s wonderful that they gave me the freedom and encouragement to travel along it.”

He received a bachelor’s degree in chemistry at the University of Berlin, but rather than obtain his graduate degree there, he took an opportunity to study at Vanderbilt University via a German exchange program, knowing little more about his destination than what he had gleaned from Robert Altman’s film “Nashville.”

The experience was transformative.

“In Germany we were trained at the time in lab courses where the outcome was clear, and you had to achieve a certain result,” Walter said. “At Vanderbilt, the training was to do real research – you had independence to challenge the unknown, which was incredibly elevating and empowering.”

Walter had every intention of returning to Germany when he first joined the exchange program, but the American approach to scientific research had so intoxicated him that he decided to apply to a doctoral program at The Rockefeller University in New York. There he had the chance to work with Günter Blobel, MD, PhD, who would go on to win the 1999 Nobel Prize in Physiology or Medicine.

In Blobel’s lab, Walter did seminal experiments that identified the signal-recognition particle (SRP), a molecule that directs newly synthesized proteins to the cell’s endoplasmic reticulum (ER), a maze-like structure that is the first station on the journey proteins take to reach the cell surface.

After moving to UCSF in 1983, Walter was keen to follow up on questions that had emerged out of his studies of the SRP. 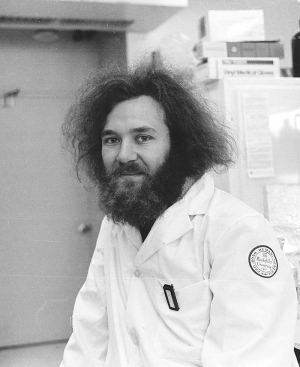 Peter Walter as a graduate student in Günter Blobel’s lab at The Rockerfeller University circa 1980. Photo courtesy of Walter

Proteins enter the ER because when they are first made, they are simple, linear chains of amino acids, and the ER provides them with the space they need to fold into proper three-dimensional shapes.

For the ER to work optimally, however, it must have adequate capacity to keep up with the rate of protein synthesis. If too little ER is present to handle the number of proteins being synthesized – a state known as ER stress – a logjam of misfolded proteins ensues within the ER.

Walter had noticed that this system is tightly regulated – that ER stress somehow either slowed down protein synthesis or caused more ER to be created to restore sufficient resources for proper protein folding. But for this regulatory system to work, it would require changes in gene expression in the cell’s nucleus, and no one had any idea how the ER might be communicating with the nucleus.

“It was a very intriguing problem,” said Walter. “How does the nucleus know what’s going on in the ER? In the beginning, we asked very simple questions and had very direct, perhaps small, goals.”

In a series of elegant studies of yeast, Walter and colleagues eventually determined that a sensor molecule called Ire1, embedded in the ER membrane, detects ER stress. In the feedback process now known as the unfolded protein response (UPR), Ire1 then sends a signal to the cell nucleus that prompts the expression of genes to help the cell regain equilibrium.

Relevance to Many Diseases

Though it could easily have been the case that the UPR was an interesting but yeast-specific process, “almost everything we learned – all the salient features – turned out to be amazingly conserved all the way to human cells,” Walter said. Even more importantly, understanding the UPR turned out to have direct relevance to several serious human diseases.

Science bridges divides and political systems and religions, and it’s a very unifying force in the world. We build knowledge, and we use it for the betterment of mankind.

Unfolded proteins can be a menace – they tend to stick together, for example, forming the pathological clumps seen in neurodegenerative diseases – and Walter and colleagues discovered that the UPR has a built-in time limit: if a cell’s balance between ER abundance and protein synthesis cannot be restored fairly quickly, the UPR shifts to a signaling mode that causes the cell to self-destruct.

Work in Walter’s lab on this “do or die” control over the fate of cells suggests that the UPR can contribute to disease by malfunctioning in either direction.

In retinitis pigmentosa, for example, misfolded proteins push the UPR to the limit, inducing self-destruction in the eye’s retinal cells and robbing patients of their sight. Similarly, in type II diabetes, a continual demand for insulin may overwhelm the ER in beta cells of the pancreas, which eventually succumb to UPR-induced cell death. And in neurodegenerative diseases such as Parkinson’s and Alzheimer’s disease, the UPR may kill neurons that are undergoing ER stress as protein aggregates accumulate.

On the other hand, the UPR’s cell-protective role is hijacked by some viruses to create additional ER, aiding their replication.

Cancer cells also may take advantage of the UPR to promote their own proliferation, an idea that Walter and colleagues are currently exploring with a Collaborative Innovation Award from the Howard Hughes Medical Institute. In the near term, cancer probably represents “the biggest chance” to translate the basic science on the UPR into new therapies, he said.

“What all cancer cells have in common is that they’re genomically unstable: they constantly evolve to evade the immune system and to get around chemotherapy. But in doing that, they make many mistakes, and they make many bad proteins, and that’s when cancer cells use stress pathways like the UPR as Band-Aids,” Walter said. “If we can find a way to manipulate the UPR to take those Band-Aids away from them, it might be a marvelous way of reminding them that they should die.”

What began as a risky career choice has paid off not only for Walter but for the people who will benefit from his groundbreaking research.

UCSF Chancellor Sam Hawgood, MBBS, said that Walter's work "is a perfect example of the importance of basic biomedical research, its impact on health, and its importance for society."