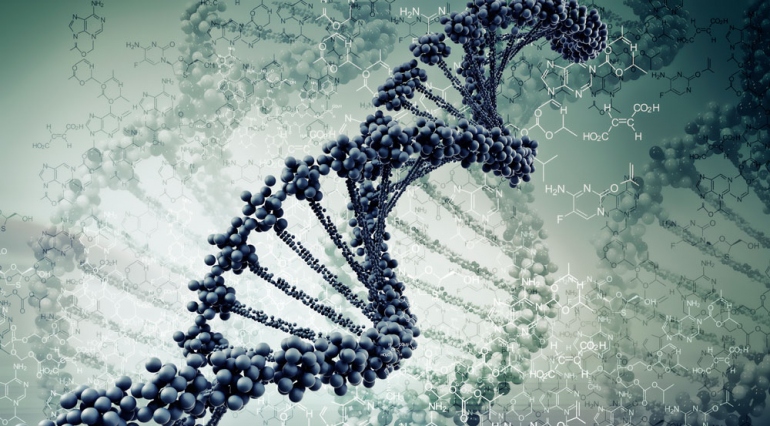 New research partly led by UC San Francisco-affiliated scientists suggests that one in 10 cancer patients would be more accurately diagnosed if their tumors were defined by cellular and molecular criteria rather than by the tissues in which they originated, and that this information, in turn, could lead to more appropriate treatments.

In the largest study of its kind to date, scientists analyzed molecular and genetic characteristics of more than 3,500 tumor samples of 12 different cancer types using multiple genomic technology platforms.

Cancers traditionally have been categorized by their “tissue of origin" – such as breast, bladder, or kidney cancer. But tissues are composed of different types of cells, and the new work indicates that in many cases the type of cell affected by cancer may be a more useful guide to treatment than the tissue in which a tumor originates.

The study, published Aug. 7 in the online edition of Cell, was conducted as part of The Cancer Genome Atlas (TCGA) initiative spearheaded by the National Cancer Institute and National Human Genome Research Institute, both part of the National Institutes of Health.

In the new work, TCGA Research Network scientists analyzed DNA, RNA and protein from 12 tumor types using six different genomic technologies to see how different tumor types compare to one another. The team arrived at a classification based on 12 cancer subtypes. Five of these matched up well with tissue-of-origin classifications, but several newly identified subtypes were seen to affect a variety of tissues.

“This genomic study not only challenges our existing system of classifying cancers based on tissue type, but also provides a massive new data resource for further exploration, as well as a comprehensive list of the molecular features distinguishing each of the newly described cancer classes,” said co-senior author Christopher Benz, MD, professor at the Buck Institute for Research on Aging, adjunct professor of medicine at UCSF, and a member of UCSF’s Helen Diller Family Comprehensive Cancer Center.

Differences Among Bladder and Breast Cancers

Particularly striking results were seen in bladder and breast cancers.

The findings may help explain why patients with bladder cancer “often respond very differently when treated with the same systemic therapy for their seemingly identical cancer type,” said Benz.

The study also confirmed known differences between subtypes of breast cancer known as “basal-like” and “luminal” cancers. But because the researchers compared these cancers not just with one another but with many other types of cancer, they were able to reveal that these differences are quite profound, and that basal-like breast cancers constitute their own distinct class.

“What’s amazing is that basal breast cancer is as different from luminal breast cancer as it is from, say, kidney cancer,” said co-lead author Denise Wolf, PhD, a research scientist based in UCSF’s Department of Laboratory Medicine.

Commonly referred to as “triple-negative,” basal-like cancers are particularly aggressive and are more prevalent among African-American women and younger women. “Even though these basal-like cancers arise in the breast, on the molecular level they have more in common with ovarian cancers and cancers of squamous-cell origin than with other subtypes of breast cancer,” said co-lead author Christina Yau, PhD, a staff scientist at the Buck Institute and assistant professor of surgery at UCSF.

TCGA was launched in 2006 with the goal of compiling genomic atlases of more than 20 types of cancer. As the project proceeded, however, commonalities across cancer types began to emerge, which led to the creation of the TCGA “Pan-Cancer” project, the source of the data used in the new study.

“This is the first time ever you’ve been able to point to important molecular features shared by basal breast cancer, and by squamous head-and-neck cancer and lung cancer,” said Wolf. “And the same is true of immune activation – we found that different cancer types have very similar immune signatures, a factor that may be relevant clinically with the rise of new immune therapies.”

Benz thinks the number of patients eligible for reclassification will swell when more tumor samples and additional tumor types are included in the Pan-Cancer project’s next round of analysis, which is expected to include more than 20 different tumor types. “We’re just appreciating the tip of the iceberg when considering the potential of this multi-platform type of genomic analysis,” Benz said. “It could be that as many as 30 or 50 percent of cancers need to be reclassified.”

Benz is hopeful that these studies will fuel clinical trial designs based on genomic reclassification of tumors whereby patients become eligible for novel therapeutics. “Although follow-up studies are needed to validate and refine this newly proposed cancer classification system,” Benz said, “it will ultimately provide the biologic foundation for that era of personalized cancer treatment that patients and clinicians eagerly await.”

In addition to Benz, Yau and Wolf, UCSF-affiliated researchers taking part in the new study included Laura J. van ’t Veer, PhD, leader of the Breast Oncology Program at the UCSF Helen Diller Family Comprehensive Cancer Center, and Eric A. Collisson, MD, assistant professor of medicine. They were joined by co-senior authors Joshua M. Stuart, PhD, of UC Santa Cruz, and Charles M. Perou, PhD, of the University of North Carolina (UNC) Lineberger Comprehensive Cancer Center; co-lead authors Katherine Hoadley, PhD, of UNC, and Andrew D. Cherniack, PhD, of The Eli and Edythe Broad Institute of Harvard and MIT; and a team of more than 150 TCGA Research Network scientists from many different institutions across the country.

Additional details about TCGA can be found at cancergenome.nih.gov.