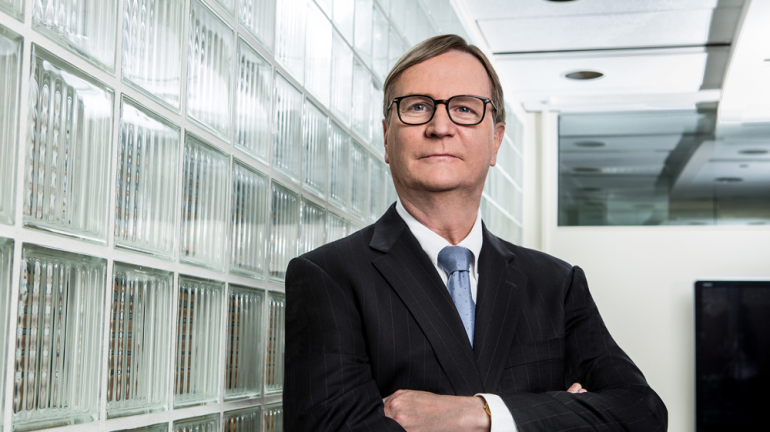 University of California President Janet Napolitano announced July 9 that her choice for the 10th chancellor of UC San Francisco is Sam Hawgood, MBBS, the UCSF School of Medicine dean who emerged from a national search as the top candidate after leading the campus in an interim role.

Hawgood, 61, a highly accomplished scientist, educator and physician with a strong record of leadership, succeeded Susan Desmond-Hellmann, MD, MPH, serving as interim chancellor on April 1, 2014. Since then, he has overseen the $4 billion UCSF enterprise, which, in addition to the renowned medical school, includes nationally top-ranked schools of dentistry, nursing and pharmacy, as well as a graduate division and affiliated hospitals.

The UC Board of Regents will vote on Napolitano’s selection and the terms of the appointment on July 17 in a special session at the conclusion of the Regents’ regular bi-monthly meeting.

“Sam Hawgood has served UC San Francisco exceedingly well for three decades — as a researcher, physician and leader,” Napolitano said. “As interim chancellor, he has advanced initiatives in both basic and clinical science, as well as precision medicine. 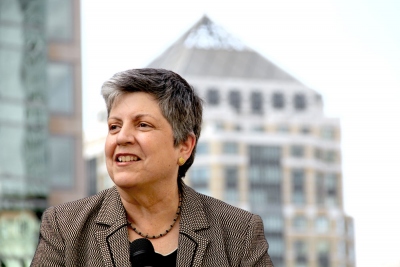 (Hawgood) possesses the mix of vision, curiosity and empathy essential to the dynamic leadership required to move this already stellar UC institution to even greater heights."

“He has demonstrated,” she said, “that he possesses the mix of vision, curiosity and empathy essential to the dynamic leadership required to move this already stellar UC institution to even greater heights. When a rigorous, far-reaching search lands on a candidate from within, it demonstrates the fundamental strength of the institution.”

As dean of the School of Medicine, Hawgood has led an organization with an operating budget of more than $1.7 billion, nearly 8,000 faculty and staff, and about 3,655 medical and graduate students, residents, fellows and postdoctoral scholars.

Under his leadership, the school became the top medical school in the nation in research funding from the National Institutes of Health ($439.6 million in 2013), with many of its departments also leading the nation in their fields. In that time, the school also became the only medical school in the nation to rank in the top five in both research and primary-care education, in the U.S. News & World Report’s annual assessment of graduate schools.

Hawgood has served as dean of the UCSF School of Medicine and as vice chancellor for medical affairs since September 2009, after assuming the role of interim dean in December 2007. He previously had chaired the Department of Pediatrics, having first served in an interim role. He also served as associate director of the Cardiovascular Research Institute. 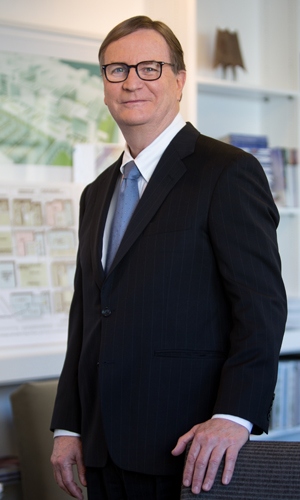 Numerous organizations and publications have recognized Hawgood’s scientific contributions. He is a member of the American Academy of Pediatrics and the American Association of Physicians, and in 2010 was elected to the Institute of Medicine (IOM), which provides authoritative advice to Congress, other decision makers and the public as part of the National Academy of Sciences. Membership in the IOM is one of the highest honors for individuals at the top of their fields.

“I am honored, excited and humbled,” Hawgood said, “by the opportunity to lead UC San Francisco to new horizons in basic and clinical research, teaching and patient care, building on a shared vision of this world-class institution’s excellence, history and legacy.

“I look forward to working with all members of the UCSF community — students, faculty and staff, our philanthropic partners and the larger community — as we focus on strengthening every aspect of this great institution,” he said.

Passion and Preparedness to Lead

Hawgood has been active for decades in clinical medicine. He served as division chief of the Division of Neonatology, then as chair of Pediatrics and physician-in-chief of the UCSF Benioff Children’s Hospital before becoming dean. He is the president of the UCSF Medical Group, the faculty association that represents more than 1,800 UCSF physicians.

“Dr. Hawgood knows how to engage in shared governance with all segments of the faculty, and he understands every aspect of our central mission that relates to research, education and public service,” said Farid F. Chehab, PhD, a professor in the Department of Laboratory Medicine and chair of the UCSF Academic Senate. “He has done a terrific job as dean of the School of Medicine, and always looks at the larger picture without overlooking any of the details. I think his leadership as chancellor will take UCSF to new heights and positively impact on faculty, staff and students.”

Hawgood joined UCSF as a research fellow in 1982, working with distinguished scientists John A. Clements, MD, and William H. Tooley, MD, both pioneers in the discovery and therapeutic uses of pulmonary surfactant, the key lipoprotein that lines healthy lungs and enables them to expand with each breath. He has maintained his own laboratory since 1984. His research has gained him an international reputation in neonatology research.

“The search to fill the chancellorship was national in scope, and the field of candidates was impressive,” UC Board of Regents Chairman Bruce D. Varner said. “No candidate was more impressive, however, than Dr. Hawgood, who made clear to members of the search committee that his passion for UCSF was matched only by his preparedness to lead it forward. I look forward to taking up Sam’s nomination when the Board of Regents meets.”

A native of Australia, Hawgood entered medical school at the age of 17, and was graduated with First Class Honors from the University of Queensland in Brisbane with a degree in medicine and surgery (MBBS).

Hawgood and his wife, Jane, a social worker who recently retired after focusing on palliative care for adults, met at the University of Queensland. They have two grown sons.

“With his incredible credentials, experience and intimate knowledge of every aspect of the campus, Sam Hawgood is the logical and ideal choice to be the next chancellor of UC San Francisco,” said William E. Oberndorf, chair of the UC San Francisco Foundation Board of Directors.

Sam Hawgood brings integrity, intellect and vision to UC San Francisco. He is one of the best leaders I ever worked with. The university will be in great hands with Sam leading the way.”

“He has served the university in many capacities, and he is well known to many of our most important donors,” Oberndorf said. “His leadership qualities and the continuity of service will enable UC San Francisco to move forward without losing a step as we forge new paths in research and clinical care.”

The members of the search advisory committee for the UCSF chancellor included five regents; representatives of UC faculty, including the Academic Senate, the UCSF Medical Center and UCSF Foundation; and staff, students and alumni. Napolitano and Varner were ex officio members.

“Sam Hawgood brings integrity, intellect and vision to UC San Francisco,” said Desmond-Hellmann, chief executive officer of the Bill & Melinda Gates Foundation who served as UCSF chancellor from Aug. 3, 2009 until April 1, 2014. “He is one of the best leaders I ever worked with. The university will be in great hands with Sam leading the way.”

NOTE TO NEWS MEDIA: Neither UC President Napolitano nor Hawgood will comment further until the Regents have acted on the proposed appointment.