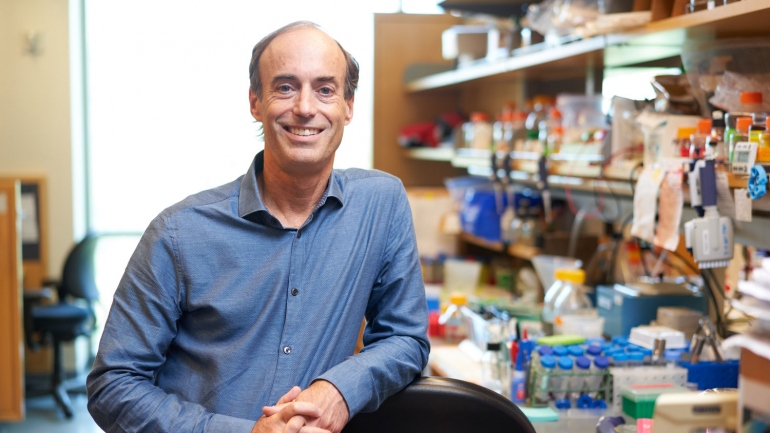 Ronald D. Vale, PhD, professor of cellular and molecular pharmacology at UC San Francisco, has been named executive director of the Janelia Research Campus of the Howard Hughes Medical Institute (HHMI) and an HHMI vice president, effective in early 2020.

Since opening its doors in 2006, the Janelia Campus, in Ashburn, Va., has established itself as one of the world’s premier sites for biomedical research, especially in neuroscience. Janelia scientists are also renowned for developing powerful scientific tools, particularly for imaging and computation.

“A gifted and versatile researcher, Ron has made fundamental contributions to biology, and is a champion of openness and clarity in communicating research, whether among scientists themselves or between scientists and the general public,” said UCSF Chancellor Sam Hawgood, MBBS. “We are privileged to count him as a colleague, and he is an ideal choice to lead the world-class scientific enterprise at Janelia.”

HHMI President Erin K. O’Shea, PhD, said, “Ron is not only an outstanding scientist but also a passionate advocate for science and scientists. He is a terrific choice for Janelia today, and we’re thrilled to welcome him.”

Vale, who will retain a faculty appointment at UCSF, succeeds Gerald D. Rubin, PhD, who oversaw early planning of the Janelia Campus beginning in the late 1990s and was appointed its first executive director in 2003.

A gifted and versatile researcher, Ron has made fundamental contributions to biology, and is a champion of openness and clarity in communicating research. ... We are privileged to count him as a colleague, and he is an ideal choice to lead the world-class scientific enterprise at Janelia.

“Ron is a superb, highly acclaimed scientist who commands respect,” said Rubin, who will remain at Janelia as a senior group leader. “He has a track record of interest in alternative models for conducting research and is fully committed to advancing Janelia’s success – I look forward to what comes next.”

Janelia recently adopted a “15-year research model,” in which Campus scientists focus on a single broad scientific domain; the current focus, initiated two years ago, is “Mechanistic Cognitive Neuroscience.” Every five years, a new project will be launched, meaning that as many as three broad research areas will advance concurrently. In his new role, Vale will guide the selection of the second research area, for which HHMI is soliciting ideas through an open competition begun in 2018.

“Janelia is one of the most interesting and unique research institutes in the world – its backbone is big-vision science,” Vale said. “People at Janelia are highly collaborative, and the interplay between scientists and technology developers is very powerful. I’m curious about every area of biology, so Janelia is a grand adventure for me scientifically. But it’s not just about what I want to do – it’s about the young scientists who come to Janelia and allowing them to realize their scientific dreams.”

In about a year, Vale will open his own lab at Janelia, where he will continue to pursue the research questions that have fueled his work at UCSF, as well as launch new lines of investigation within the 15-year framework.

Vale’s scientific career has been wide-ranging, but he is particularly well known for seminal research on the molecular motors known as kinesin and dynein, proteins that shuttle crucial biological cargo within cells along track-like structures called microtubules. Motor proteins are necessary for both cell division and the transport of essential materials in the nervous system, and disruptions in their proper function have been implicated in several diseases.

For his contributions in this area, Vale has received some of the most prestigious prizes in biomedical research, including the Albert Lasker Basic Medical Research Award in 2012 and the Shaw Prize in Life Sciences and Medicine in 2017.

Vale has also been a champion of transparency and data-sharing in science, and a strong advocate for science communication and education. As the founder of ASAPbio, he has been a driving force in the movement to post “preprints” of research articles on public servers for comment before they are submitted to journals for formal peer review. With Vale serving as president and chair of the board, iBiology has produced more than 275 videos in which prominent scientists present a personal perspective on their research. Available on YouTube, these videos have been viewed more than 3 million times.

“I have been a faculty member at UCSF for my entire independent scientific career, and I am indebted to the institution and its faculty for their support over three decades,” Vale said. “I've learned a lot about how to create a great scientific culture through my experiences at UCSF, and I hope to apply these lessons in my new role at Janelia. This position is a new adventure, and a great opportunity for me to serve the scientific community.”