A bump to the head from slipping on the stairs, falling off a skateboard, or running into an open cupboard door has long been seen as a temporary injury, something resolved with a little rest.

But a growing body of research suggests that, for some people, even concussions that seem mild can have serious, long-lasting consequences, including an increased risk of Parkinson’s disease and dementia.

Researchers at UC San Francisco are among the scientists working to understand how concussions cause long-term damage – and how they might be treated.

The danger of more severe traumatic brain injuries sustained in war or professional sports is well documented, though they still lack effective treatments. The new revelations concern mild head injuries that can happen on the playground or your morning commute.

A concussion is generally defined as a change in normal brain function in response to an external force to the head, and does not necessarily include loss of consciousness.

In two recent large-scale studies of over 300,000 people, UCSF researchers found that even a single concussion was associated with an increased risk of Parkinson’s disease and dementia.

The studies looked at military veterans with different levels of traumatic brain injury, including the types of concussions that are sustained every day in civilian life, said Kristine Yaffe, MD, professor of psychiatry, neurology and epidemiology, whose lab conducted the studies. Earlier studies in civilian populations identified similar long-term effects from concussions.

In fact, among traumatic brain injuries seen in emergency rooms, most are the result of car accidents, although in older adults, two-thirds are from ground-level falls.

Even head injuries that don’t show up on a CT scan or MRI – and many do not – can increase the risk for future neurological problems.

Searching for the Missing Link

Now that scientists know there is a connection between concussion and increased risk for neurological decline – the challenge is untangling what occurs in between.

Researchers suggest several possible mechanisms that could link concussion and mental decline. Perhaps the concussion triggers a cascade that increases abnormal protein buildup in the brain, a common hallmark of neurodegenerative diseases. The concussion might cause inflammation or vascular changes. Another theory is that the injury could make the brain more vulnerable overall, what the researchers call a loss of brain reserve.

More likely it’s a combination of different things in different people. “In my opinion, it’s going to be proven to be multifactorial,” said Raquel Gardner, MD, assistant professor of neurology, who was the lead author on the Parkinson’s study.

But the time between an injury and future mental decline may be many years.

“Most people who get Parkinson’s or dementia get it late in life, so the lag between having a TBI early in life and getting a neurodegenerative disease could be decades,” said Gardner.

Following patients for extended periods of time can be difficult, and the alternative, having patients report their own concussion history and cognitive changes, can be unreliable.

One way that UCSF scientists are trying to capture the changes leading to a neurodegenerative disease is by studying people who sustain TBI in later life and in whom changes may occur on a shorter timeline. A new study is enrolling geriatric patients with a partner who can attest to changes in the patient’s neurological symptoms before and after a concussion and rule our pre-existing neurological disorder.

Researchers are also making progress on how to diagnose concussions early and, the ultimate challenge, how to counter their damage.

A Better Way to Diagnose

One big first step is understanding exactly who has a concussion – which isn’t as simple as screening for the presence of a virus or bacteria.

But UCSF researchers Daniel Lim, MD, PhD, and Geoffrey Manley, MD, PhD, are working on a blood test that could spot brain injuries right after they happen.

The two are focused on using long noncoding RNAs (lncRNAs) – molecules that are remarkably tissue-specific and can leak out of a cell when it is injured. Distinctive lncRNAs found in the blood can be traced to broken bones, torn muscle, or injury to organs like the heart and kidney. Likewise, brain-specific lncRNAs in the blood would indicate a brain injury.

“The brain is making a whole panel of lncRNAs that occur nowhere else in the body,” said Lim. “We realized that such exquisite brain-specificity makes lncRNAs attractive as biomarkers for concussion.”

Currently, head injuries that show up on a CT scan can be diagnosed by protein biomarkers such as GFAP and UCH-L1, but those may not be sensitive enough to pick up concussions, according to Lim. He hopes lncRNAs will offer a more sensitive biomarker for concussion, one that may be even specific enough to locate the injury to particular regions of the brain.

With funding from a Weill Innovation Award, the researchers have collected blood samples from dozens of patients who have sustained different degrees of brain injury. The researchers are analyzing the samples for lncRNAs and identifying which ones are the most specific and abundant after brain injury.

Ultimately, their work could lead to a portable blood test that could immediately diagnose a concussion, perhaps on the field at a child’s football game.

For now, the options for someone diagnosed with a concussion are limited. 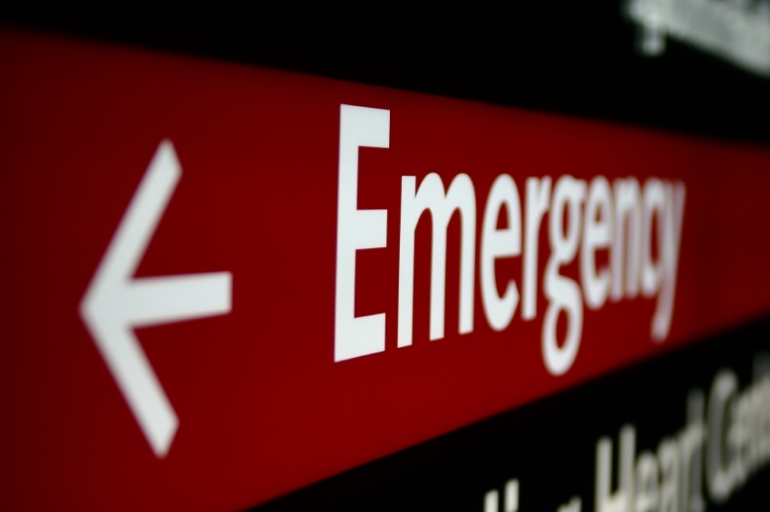 Among traumatic brain injuries seen in emergency rooms, most are the result of car accidents.

Follow-up care to treat symptoms such as headaches, dizziness, depression and anxiety can help prevent lasting disability, according to Manley, professor of neurosurgery. Manley is the principal investigator of the multicenter TRACK-TBI (Transforming Research Clinical Knowledge in Traumatic Brain Injury) study, the largest precision medicine study of TBI to date, which is tracking thousands of people nationwide who visit the emergency room for head trauma.

TRACK-TBI has found that less than half of patients who visit the emergency room for concussion received any follow-up within three months, including educational materials and doctor’s visits.

“Many of those who aren’t being seen are suffering and need medical attention,” he said. “It’s a major gap in care that represents an important public health issue in this country.”

In the coming years, TRACK-TBI will attempt to answer some crucial questions, such as the value of blood-based biomarkers and advanced MRI imaging techniques in diagnosis and the role of genetics. It will also test new phase II drugs in clinical trials.

In Mice, Clues to a Cure

There are glimmers of hope that the harm from concussions can be reversed.

In mice that have sustained concussions, treatment with a molecule called ISRIB (which stands for Integrated Stress Response InhiBitor) was able to fully reverse cognitive damage. Even more surprising, the treatment was effective when given months after the injury, which could potentially translate to years after injury in humans, and the reversals appear to be permanent. These studies were also supported by a Weill Innovation Award.

“We were blown away,” said Susanna Rosi, PhD, who co-led the ISRIB study with the discoverer of the molecule, Peter Walter, PhD. Her team repeated the experiment three times and also tested different animal models of concussion, just to make sure, and saw the same results.

“Despite what trauma does to the brain, it seems there are reserves, at least in the rodent brain, that we can use to make the brain function again,” said Rosi, who directs neurocognitive research at the Brain and Spinal Injury Center. The stunning results in mice offer hope for reversing the effects of TBI in humans.

ISRIB works by resetting a normal biological reaction that can go awry in brain injury.

Under stress, cells activate a stress response, which shuts down the cells’ production of proteins as a temporary protective mechanism. A traumatic brain injury can activate the stress response chronically in brain cells, impairing the brain’s ability to form new memories. ISRIB removes the block and appears to restore normal brain function.

It’s still unclear how the cellular stress response is involved in neurodegenerative disease, though it’s known to increase with normal aging, says Rosi.

Despite the unanswered questions, like if the ISRIB treatment effects will translate to humans, researchers say they are generally optimistic about the future of concussion treatment.

“People don’t understand what a new field this is,” said Yaffe. Her research is among those that have brought public awareness to the dangers of concussions in just the last few years.

“We have to be extremely positive that we have so many tools and resources we didn’t have five years ago,” said Rosi, naming high-resolution imaging, single-cell sequencing, and more precise biomarkers as important advances.

And a silver lining: concussion research may yield insights into ways to fight Parkinson’s and dementia. “Unlike any other risk factor we know for neurodegenerative disease, TBI has a specific time stamp,” said Gardner. “It may be a unique opportunity to intervene at the earliest possible stage.”