While scores of folks watched the World Cup Final on Sunday, about 250 UC San Francisco staff, faculty, students and supporters came out on a cold and foggy morning in Golden Gate Park to raise funds in the annual AIDS Walk San Francisco event.

Since 1987, AIDS Walk San Francisco has raised more than $90 million for HIV programs and services in the Bay Area. A leader in AIDS-related research and patient care, UCSF also has been a top fundraising team since the event began.

“The commitment of all of our walkers is reflective of how much the UCSF community is dedicated to treating and prolonging the lives of those living with HIV,” said Robert Mansfield, an administrative officer in Global Health Sciences, who is also a member of the UCSF AIDS Walk Steering Committee and the top individual fundraiser from UCSF.

This year’s AIDS Walk San Francisco had raised $1.8 million as of Monday. The funding will support dozens of AIDS organizations in the Bay Area, including Project Open Hand, Positive Resource Center and the Golden Compass Program at Ward 86 at Zuckerberg San Francisco General.

The annual 10K walk on Sunday was part of a kickoff for a special anniversary for UCSF: 35 years of HIV care at Ward 86. UCSF/ZSFG is planning a special celebration to coincide with World AIDS Day in December to acknowledge this milestone.

The entire UCSF contingent comprises 16 teams affiliated with UCSF that are raising funds through the August. So far, the combined UCSF teams have raised more than $65,000, placing it second behind the National AIDS Memorial Grove among top teams this year. Members of UCSF community, as well as friends and family, can still donate to the cause. 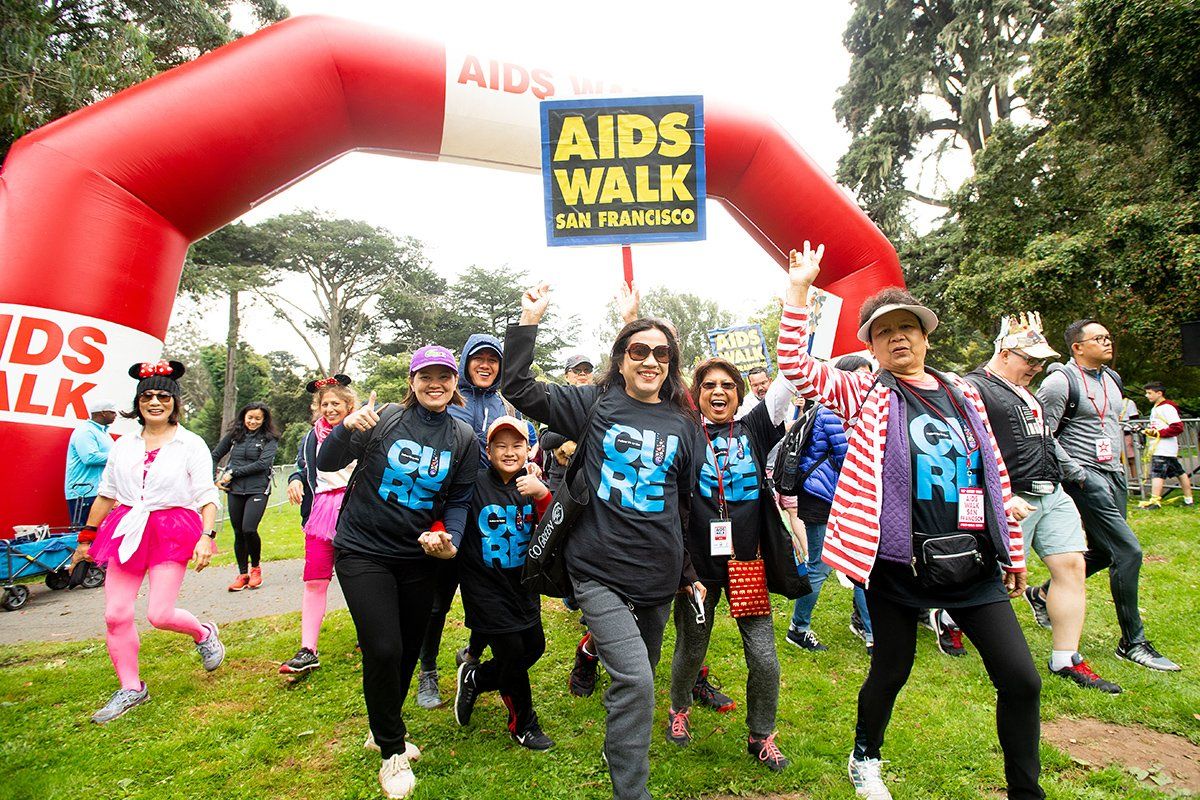 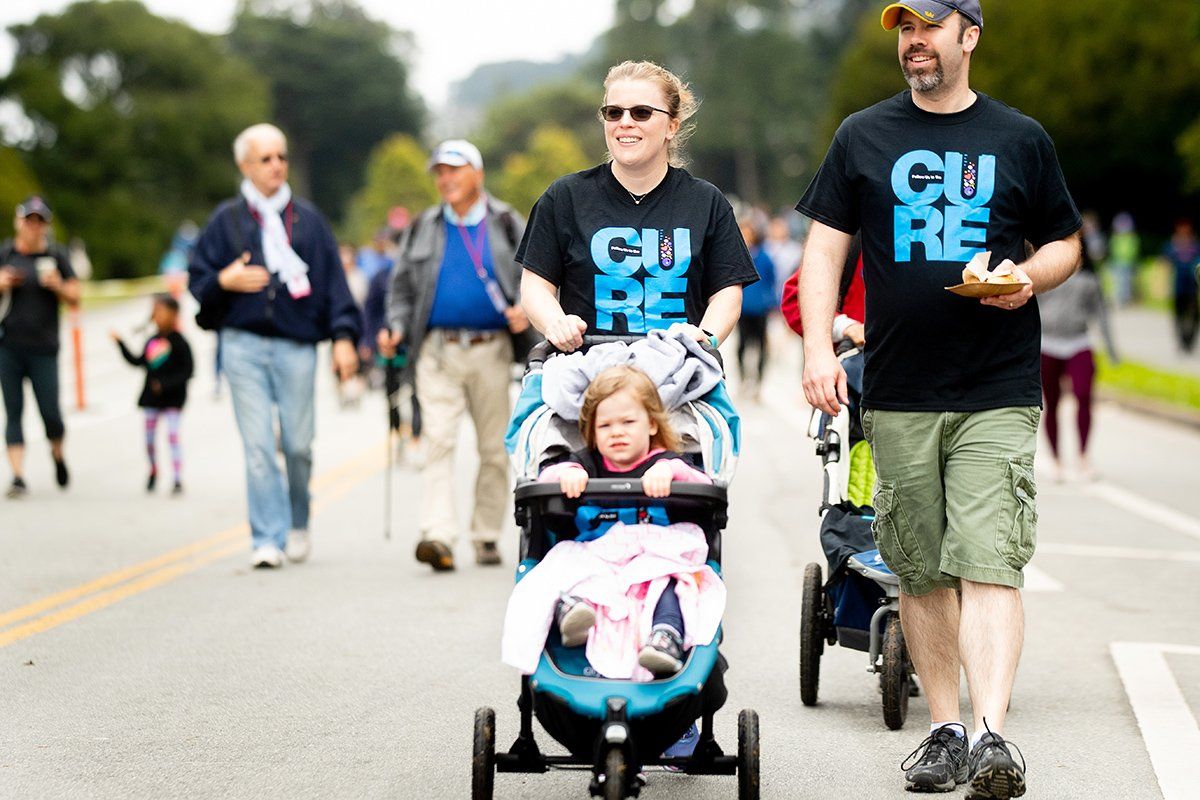 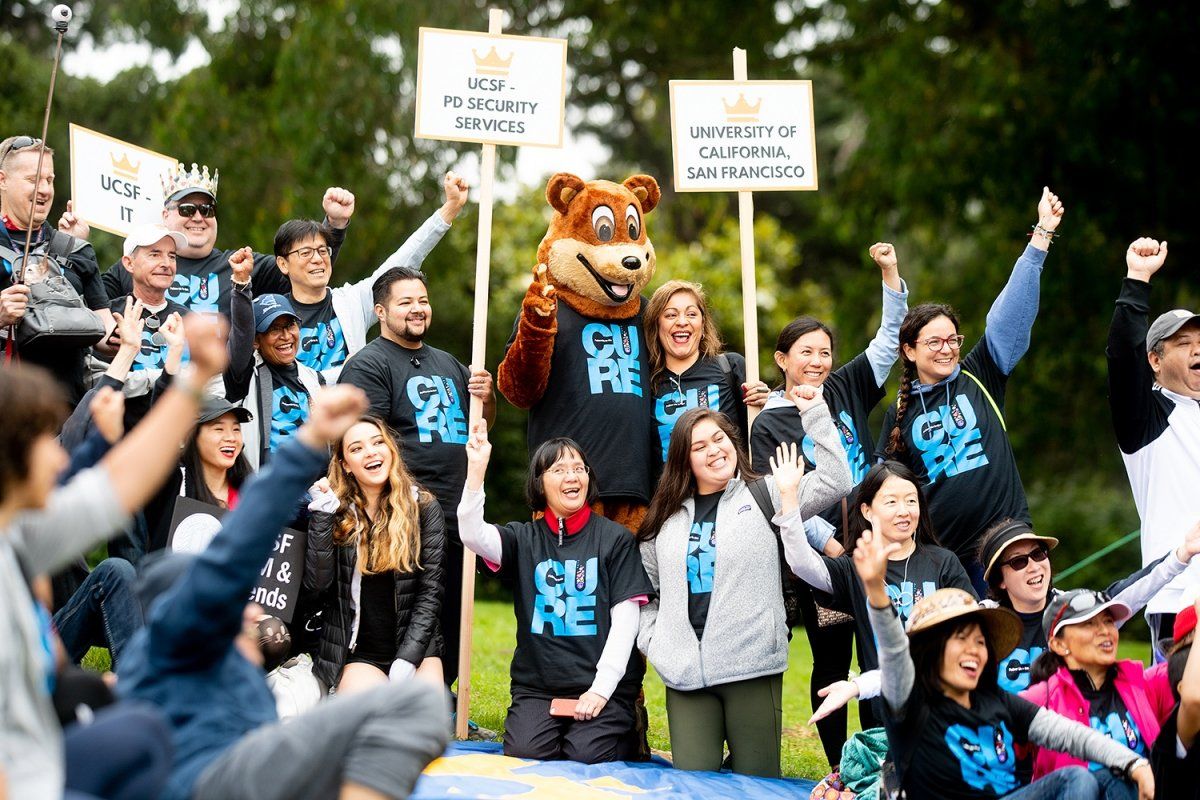 The UCSF contingent gathers for a photo before the AIDS Walk San Francisco event on Sunday. Photo by Noah Berger 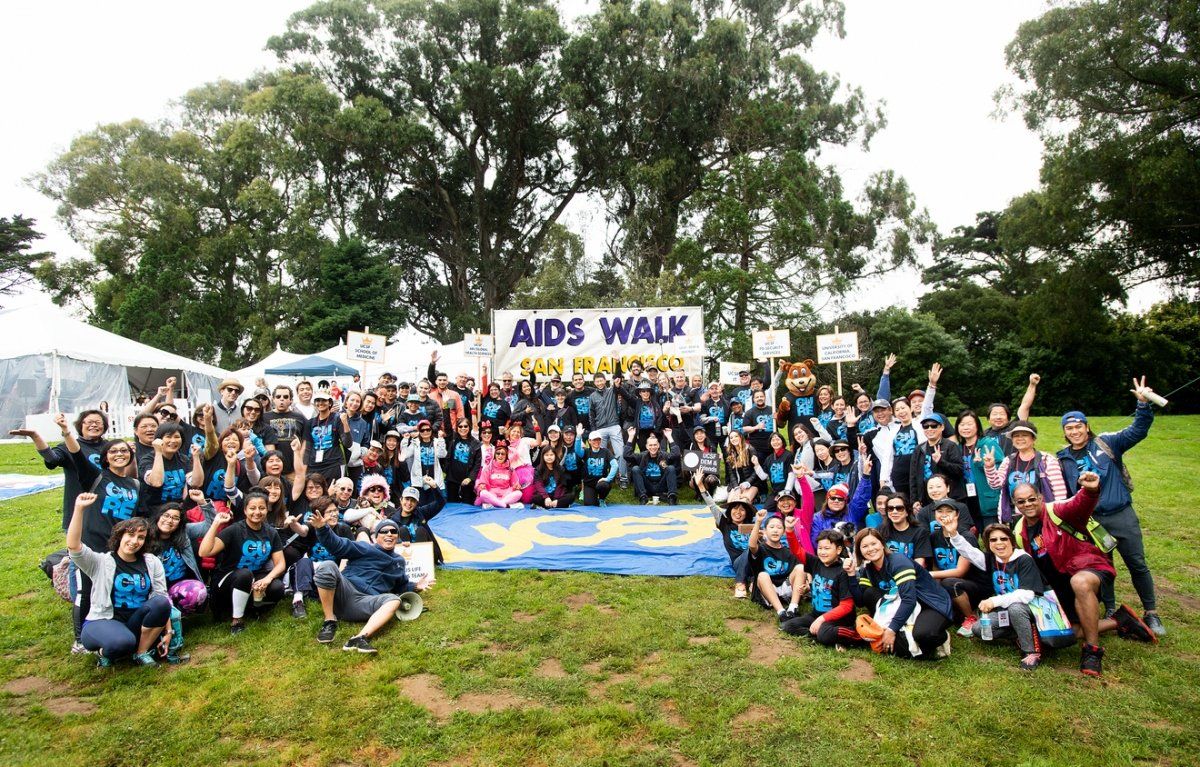 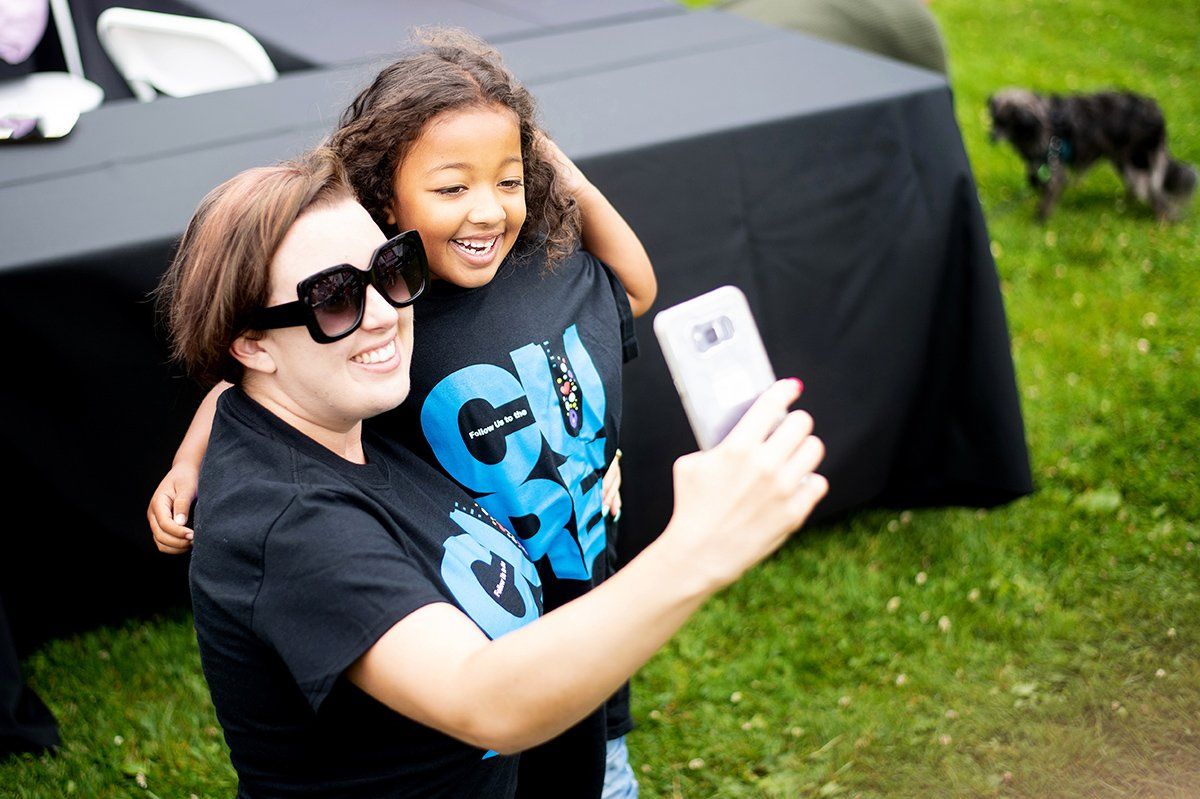 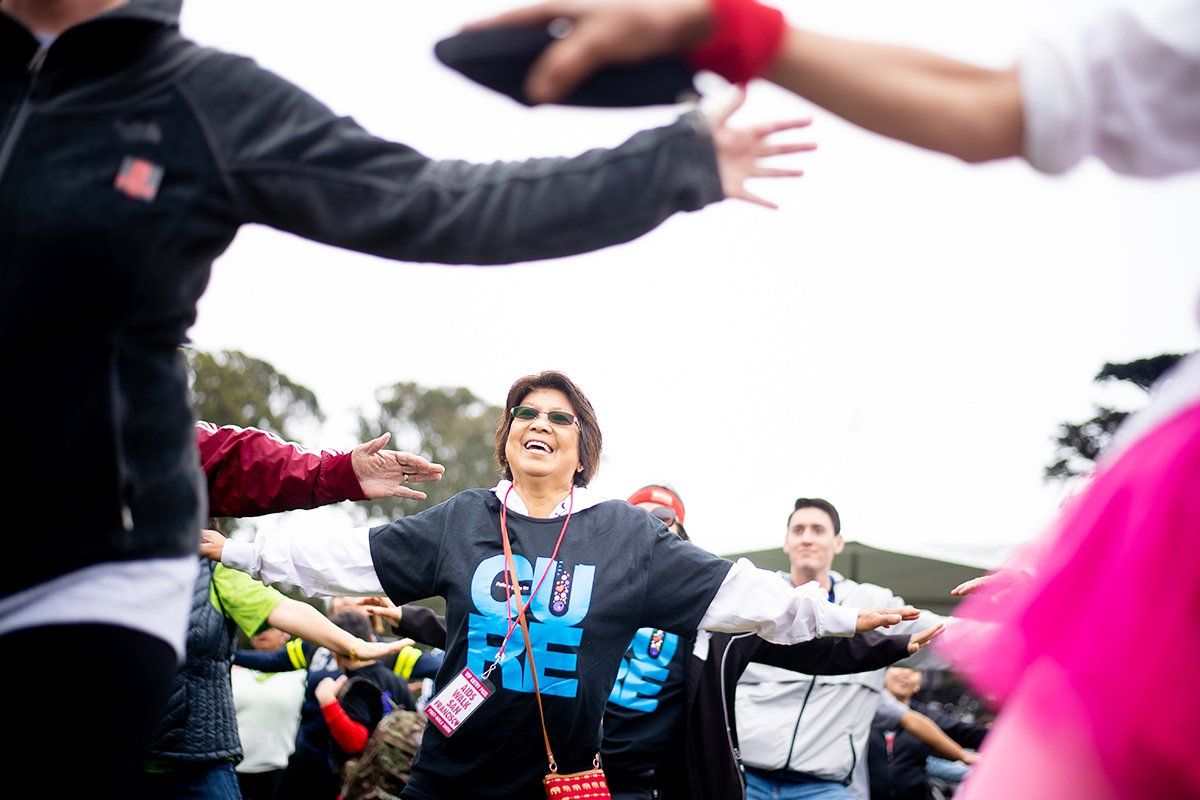 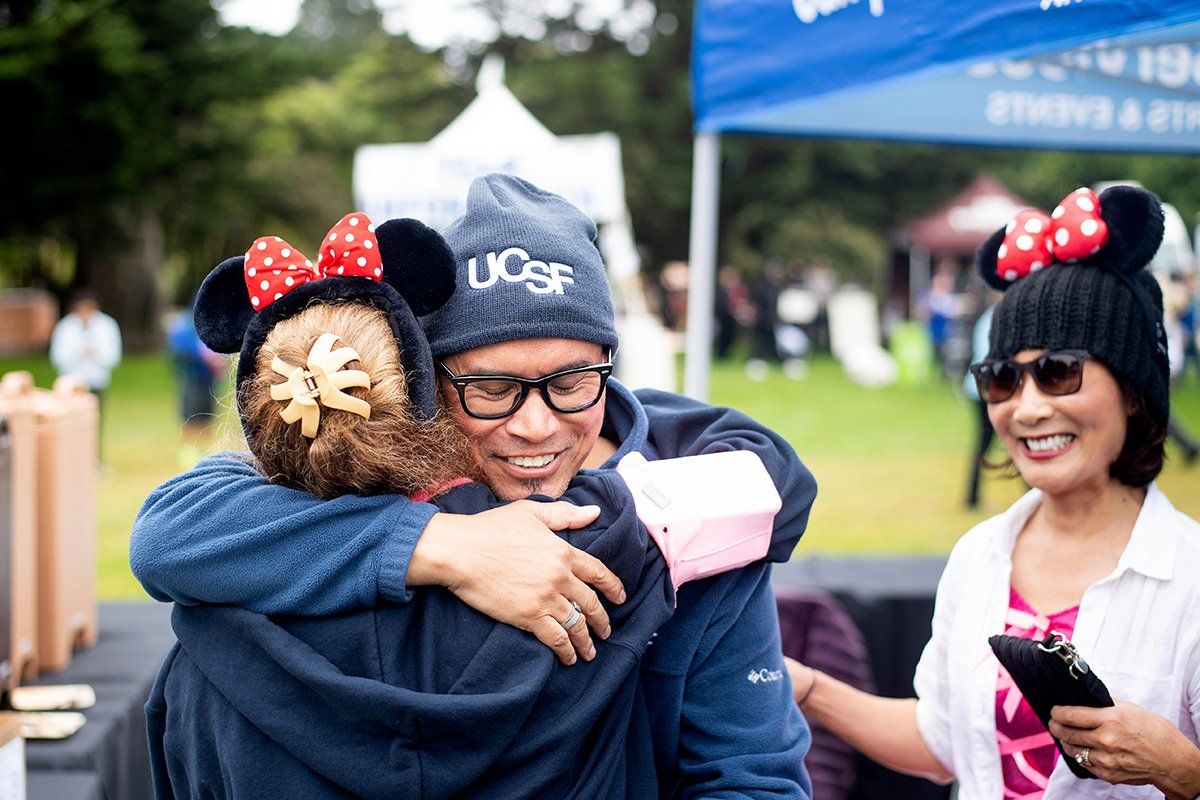