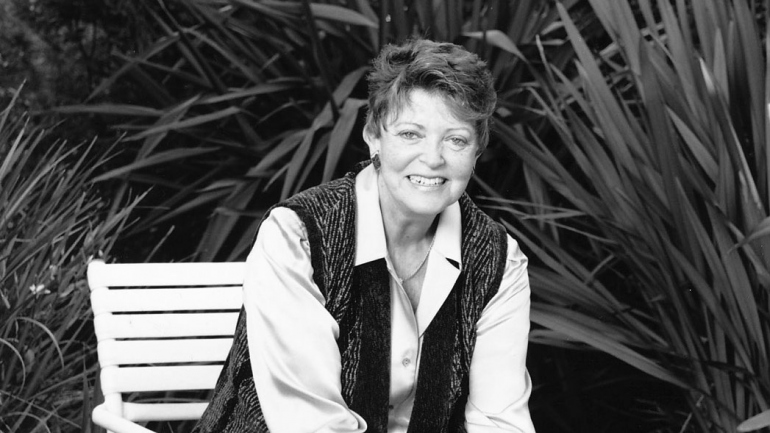 To honor and build on a lifetime of giving and charitable service by the late Helen Diller, the Helen Diller Foundation has granted $500 million to UC San Francisco, a university to which Helen was both generous and devoted. The gift will be the largest single donation in UCSF’s history and one of the largest ever to a U.S. university.

This $500 million gift from the Helen Diller Foundation is one of the largest-ever donations to a U.S. academic institution. Here is a summary of other record-setting gifts:

Stanford University (2001), $400 million from the William and Flora Hewlett Foundation

Helen’s renowned compassion and lifelong commitment to improving the world for future generations as a philanthropist, advocate and mentor has had a singular impact on UCSF and other higher education and charitable institutions.

The new gift is especially noteworthy for the unprecedented level of ongoing funding it will provide for the University’s world-class faculty and talented students. This investment in public education underscores Helen’s formative student experience, as she attended UC Berkeley and generously supported her alma mater and UCSF, along with Jewish communal needs, throughout her life.

This is the second time a grant in honor of Helen has made UCSF history. In 2003, the Helen Diller Foundation made a generous $35 million donation, a foundational investment in the University’s burgeoning presence at Mission Bay, to support what is now the Helen Diller Family Cancer Research Building and prostate cancer research. Though the gift resulted in a building bearing her name, for Helen, this recognition served only to inspire others to give.

Upon the gift’s announcement, Helen said, “Our family is extremely enthused about cancer research at UCSF. By supporting the new Mission Bay campus we are not only aiding the scientists researching a cure for this devastating disease, but we have been presented with the joy of participating in the development of an entirely new section of this very beautiful city.”

Since 2003, the Helen Diller Foundation has made significant annual gifts and provided for a permanent endowment for the Cancer Center in Helen’s honor. Those gifts have totaled more than $150 million.

“My mother was dedicated to UCSF, and to many other programs aimed at improving the lives and well-being of others through education, science and the arts. I know this latest gift would be enormously gratifying to her,” said Helen’s daughter, Jackie Safier, president of the Helen Diller Foundation and a member of the UCSF Foundation Board of Overseers.

“Helen would have been astounded by the progress in cancer research and care that we have made in her name,” says Carroll, a member of the UCSF Helen Diller Family Comprehensive Cancer Center. “She was an inspiring partner, and as a faculty member, I am deeply grateful to the Foundation for this magnificent new gift that will allow faculty and students to spend their time pursuing groundbreaking discovery to transform the care of our patients at UCSF and around the world.”

My mother was dedicated to UCSF, and to many other programs aimed at improving the lives and well-being of others through education, science and the arts. I know this latest gift would be enormously gratifying to her.

“The forward-thinking commitment of the Diller Foundation to support great science and brilliant people is exactly what drew me to UCSF from London,” says Alan Ashworth, PhD, FRS, president of the UCSF Helen Diller Family Comprehensive Cancer Center.

“Gifts like this come from a place of vision and trust. Vision that we can and will change the state of things through research, and trust that we will gather the right people to do it,” Ashworth says. “We are thankful for the Foundation’s generosity and are committed to exceeding all it imagined we could achieve.”

The majority of the new commitment, $400 million, will establish endowments in Helen Diller’s name to support UCSF faculty and students, a critical University goal. This new commitment increases UCSF’s endowment, which currently stands at $2.25 billion, by nearly 18 percent.

“The Helen Diller Foundation recognizes the extraordinary importance of endowment as we seek to attract the brightest talent,” says UCSF Chancellor Sam Hawgood, MBBS, noting that UCSF and most other public universities lack the deep endowment of private peer institutions.

The endowed funds will be used in the following ways:

A $200 million endowment will create a significant stream of faculty support in perpetuity.

Of this, $100 million will be used to retain outstanding current professors and recruit preeminent faculty to UCSF by funding Helen Diller Distinguished Professorships. They may be awarded to either established UCSF faculty rising into leadership positions, or to stellar senior faculty recruited from other institutions. These top clinicians and researchers will mold the next generation of health professionals and shape the culture of care in clinics and hospitals while accelerating discoveries in laboratories.

The commitment will significantly change the landscape of UCSF faculty funding. Currently in the UCSF School of Medicine, for example, approximately 25 percent of faculty receive funding from the state or through professorships. The remaining 75 percent must raise nearly every dollar of their salaries, either through clinical practice or research grants. With the knowledge of dependable funding, Helen Diller Professors will have the opportunity to pursue research, initiate new lines of inquiry, teach and mentor students and younger colleagues, spend more quality time with patients, and take on the most difficult cases.

The additional $100 million of endowment will provide crucial start-up money for the Helen Diller Faculty Scholars program for early- and mid-career scientists. More and more, philanthropy plays a crucial role in helping young faculty launch their academic careers. Helen Diller Faculty Scholars will receive at least $150,000 annually to establish laboratories, buy equipment, hire graduate students and postdocs, and generate the research results that lead to long-term funding from agencies such as the National Institutes of Health.

An additional $200 million of endowment will support students at UCSF’s four professional schools, all ranked among the top in the nation: the schools of Dentistry, Medicine, Nursing, and Pharmacy. This commitment increases the amount of funding available for scholarships by more than 150 percent.

The financial support the Helen Diller Scholarship Program offers will allow many students, including first-generation college students, to graduate with a minimal amount of debt, giving them the freedom to pursue life-changing work in their communities.

“I am deeply grateful for the Helen Diller Foundation’s forethought in investing in our remarkable faculty and students and those who will follow in their footsteps,” says Hawgood. “It is a privilege to be surrounded each day by people who are so incredibly driven, focused and collaborative, and Helen Diller truly understood this. She knew that the excellence of our people is what makes UCSF such a remarkable place, and I am honored to help steward this gift in support of Helen’s vision.”

The final $100 million will create an Innovation Fund, which can be drawn on, over time, at the discretion of UCSF’s current and future chancellors.

Universities covet discretionary funds because most philanthropic gifts to academia are earmarked for specific purposes. In 2015-16, for example, UCSF raised nearly $747 million, but less than 0.5 percent of those funds were discretionary.

“Unrestricted funds give me the flexibility and agility to respond to the rapid changes in the health sciences,” says Hawgood. “These funds will seed areas that will redefine the future of healthcare and could support priorities ranging from genomic surgery to cell engineering, from immunotherapy to microbiome research, and from neuro-technology to next-generation diagnostics for infectious and inflammatory diseases.”

Discretionary funds also enable the chancellor to direct support toward other urgent areas of high-risk, high-reward research with potential global consequences, such as identifying the cause and preventing the spread of the Zika virus. These efforts are integral to future discoveries and embody UCSF’s culture of interdisciplinary collaboration.

Where Will the Money Go?

Cultivating a Legacy of Care

Helen was born at Mount Zion Hospital – which is now part of UCSF – and raised on Pierce Street in San Francisco. Once her children had grown, she embarked upon an impactful career of philanthropy, with an emphasis on Judaism, education, science and the arts. She described her style as a “hands-on approach,” one where she gave not just funds, but created inspiring new programs. In her first major role in philanthropy, Helen served as the Northwestern President of the American Friends of Hebrew University.

Helen valued and supported education at every level, from preschools to day schools to high schools to colleges – including UC Berkeley and UC Santa Cruz – to post-graduate education. In 2002, Helen made a $5 million gift to UC Berkeley to support a multidisciplinary visiting Israeli scholars program and fund fellowships and research grants in Jewish studies. At the time, it was the largest single gift supporting Jewish studies on that campus.

Helen was perhaps most proud of her Diller Teen Initiatives. Through the Diller Teen Fellows program, she created an international teen leadership program that is now operating in North America, Argentina, Australia, Israel, South Africa and the United Kingdom. Diller Fellows explore their collective Jewish identity as well as how they want to make their mark in the world.

The Diller Teen Tikkun Olam Awards program has recognized hundreds of teens for their outstanding volunteer service in the community for doing good work, near and far – spreading religious pluralism, constructing water wells in Africa, building soccer fields, and donating books and supplies to at-risk youth in their schools from California to New Jersey, as just a few examples.

As a San Francisco native, Helen took a keen interest in the children of the city. She revitalized children’s parks by supporting the reimagined designs of playgrounds in Dolores Park and the Civic Center. She also valued the role of arts and culture in enriching human lives, and was an avid collector of contemporary art. Helen proudly funded the De Young Museum entrance courtyard, new galleries in the expanding San Francisco Museum of Modern Art, and an annual Israel Antiquities Series at the Legion of Honor in San Francisco.

“Helen had unusual humility and an ability to remember the past but to live very much in the present,” said Phyllis Cook, executive officer of the Helen Diller Foundation. “She figured out early on that life is more meaningful if we care for one another. I remember her saying, ‘My parents did things in a small way because that is what they could do. Now we are doing what we are able to do.’”

For her tireless and visionary work, Helen received the Lifetime Achievement in Philanthropy Award from the Association of Fundraising Professionals, Golden Gate Chapter in 2002. She also posthumously received the UCSF Medal, several months after she died in 2015, for her outstanding contributions to health.

“This gift, in her name, will promote all that Helen stood for – education, hope, healing – for generations to come,” says Hawgood. “On behalf of all of us in the UCSF family, we are humbled to help fulfill her legacy.”