JoAnne Keatley’s commitment to improving health care for transgender communities is nothing short of heroic, and she has spent her career at UC San Francisco opening doors to ensure trans people seeking health services get the care they need that best suits their gender identity.

Keatley, who transitioned from male to female five decades ago, said that while there has been immense progress made over the last 15 years, she still confronts daily challenges and sees an ongoing need to continue prying open those doors.

“My role today is the same as it’s been for my entire tenure at UCSF, and I don’t see it diminishing any time soon because we still have a long way to go,” said Keatley, who serves as director of the Center of Excellence for Transgender Health. “If I had a magic wand, I would get rid of all bias in health care environments so we all had equal access to great services.”

Center is a World Leader

Center of Excellence for Transgender Health

The center's mission is to increase access to comprehensive, effective, and affirming health care services for trans communities.

Since its 2007 launch, the Center of Excellence for Transgender Health has become a world leader in improving the overall health and wellbeing of transgender and non-binary individuals – those with gender identities that are not exclusively male or female.

Keatley and her team develop and implement programs in direct response to community-identified needs and tackle key issues that affect the trans population, including optimizing primary care, HIV prevention and mental health services.

Through the largest investment made to date in transgender health by the federal government, the Center oversees nine sites throughout the United States that provide care for HIV-positive trans women of color and monitor best practices for caring for this group.

“There continues to be a big need in transgender communities of color that’s largely unmet, and we could be doing a much better job of addressing those needs, both at UCSF and throughout this country,” Keatley said.

Finding Her Way and Making a Difference 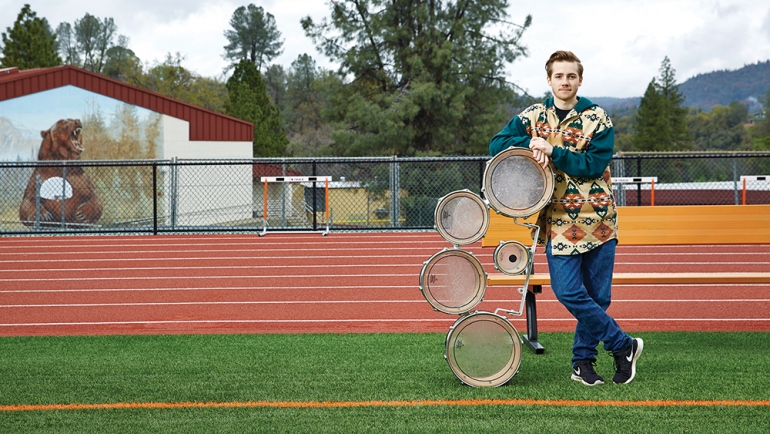 Free To Be He, She, They

UCSF Magazine featured the Child and Adolescent Gender Center in its summer issue.

Born in Mexico, Keatley and her family fled to the United States when she was 8 years old. She transitioned 51 years ago when she was 14 years old and the term "transgender" did not yet exist, and she faced rejection from her own mother who did not have the tools to understand gender identity development. It was a different era for trans communities, and Keatley is joyfully encouraged by how far we have since come since then.

“We live in an incredibly wonderful and magical time where we have access to information in ways we never have before, and I think that if your child is expressing some anxiety or questions around gender identity, there are places to go for answers, information and support that will make a huge difference in children’s lives.”

As the devastation from HIV in the LGBTQ community unfolded in the 1980s, Keatley became ignited to make a difference in her community. She returned to school to complete her undergraduate work, followed by a Master of Social Welfare degree from UC Berkeley.

A Pivotal Time for Change

When Keatley arrived at UCSF in 1999 to conduct research at the Center for Aids Prevention Studies, the Center of Excellence for Transgender Health was still a pipedream. There were conversations with fellow building tenants about which bathroom trans employees should use and meetings with the UC Police Department to ensure trans employees received ID badges that accurately represented their gender identity. Keatley recognized a deep need to educate others about gender identity while improving access to quality health care in trans populations and never looked back.

Trans people are like everyone else. They are beautiful, intelligent and accomplished, and they can do that much more if they are provided with the same love and support that every human being deserves.

“We started our work during a pivotal time of recognition that transgender people have unique health care needs,” she said. “It wasn’t any sort of malicious intent driving poor health outcomes among the trans community, it was a lack of awareness and education. There were a lot of well-meaning providers who simply hadn’t been trained around the issues that impact trans populations.”

When asked about her feelings regarding any lingering bias toward the trans communities, Keatley, who has served on the UCSF Chancellor’s Advisory Committee on LGBT issues since 2000, becomes impassioned.

“Trans people are like everyone else. They are beautiful, intelligent and accomplished, and they can do that much more if they are provided with the same love and support that every human being deserves.”