Despite Congressional mandates aimed at diversifying clinical research, little has changed in the last 30 years in both the numbers of studies that include minorities and the diversity of scientists being funded, according to a new analysis by researchers at UC San Francisco.

That lack of diversity could have a serious impact on our ability to care for the nearly 40 percent of the current U.S. population whose heritage includes non-European races, the authors said, and will increase in urgency as the proportion of minority residents exceeds 50 percent in 2044.

The commentary, which was published Dec. 15 in the Policy Forum of online scientific journal PLoS Medicine, compiled 30 years of raw data on funding for research by non-White scientists, as well as two decades of analyses from the National Institutes of Health (NIH) and others regarding the percentage of clinical studies that include racial and ethnic minorities.

They found that since the 1993 NIH Revitalization Act, which required all federally funded clinical research to prioritize the inclusion of women and minorities, less than 2 percent of the 10,000-plus cancer studies have included enough minorities to be relevant, and less than 5 percent of respiratory studies have. A separate Freedom of Information Act request also showed that the people best able to reach minority study participants – scientists from those communities – are consistently less likely to receive NIH funding, in terms of the percentage of their grants that are funded. Both the challenges and solutions are multifactorial, they said, but not insurmountable.

“This country is plagued by racial and ethnic disparities in some of the deadliest and most debilitating diseases, including cancer, cardiovascular disease, diabetes and asthma,” said co-senior author Esteban González Burchard, MD, MPH, a pulmonologist and professor of bioengineering and therapeutic sciences in the UCSF schools of Pharmacy and Medicine. “The only way we will make progress in decreasing that burden of disease is by understanding why it occurs. And we can’t understand that without including diverse communities in our research.” 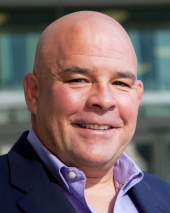 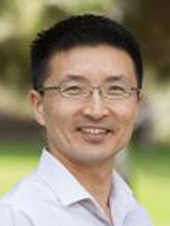 Those disparities also have economic consequences: The paper cited research showing that from 2003 to 2006, alone, racial and ethnic health disparities increased U.S. medical costs by more than $1.2 trillion.

“Increasing diversity is also a worthwhile effort scientifically,” said first author Sam Oh, PhD, MPH, an epidemiologist and researcher in the UCSF Center for Genes, Environment and Health. “We can’t divert our resources knowing that an intervention is only going to work on a small portion of the population. By understanding that population, we can target our resources effectively for everyone. But we'll only learn that by having study populations that represent everyone.”

The paper cites a number of medications that are known to affect people differently based on their genetic backgrounds, including the blood thinner clopidogrel, which is prescribed to reduce stroke risk after angioplasty, but is ineffective in the 50 percent of Asians who lack the enzyme to activate it. Other examples include the epilepsy drug carbamazepime, which is deadly to Asians who have the gene HLA-B*1502, and the asthma drug albuterol, which has a lower response rate among African-Americans.

Burchard, who leads the nation’s largest gene-environment study on asthma in minority children in the United States, said there are multiple challenges to diversifying clinical studies, but those can be overcome through a commitment by funders and researchers alike. The paper noted that even though the 1993 mandate stipulated that cost could not be used to justify the failure to enroll diverse populations, which can cost more to reach effectively, no discussion of new mandates for research can take place without addressing “the crisis of declining inflation-adjusted NIH budgets.” This competitive funding environment, which the authors emphasized is beyond the control of the NIH, encourages researchers to reduce their grant proposals as much as possible in the hopes of being funded at all, which inadvertently encourages them to choose populations that are less expensive to reach.

“The NIH alone will not be able to correct the disparities or inequities of the healthcare system,” the authors wrote, “but it can send a powerful message that may promote changes in our health care and health science systems.”

Factors in Lack of Diversity

The paper cited multiple known barriers for study participation by U.S. minorities, including limited access to specialty centers that refer patients to clinical studies, fear of exploitation in medical research, financial constraints, cultural and language barriers, and competing demands on time, among others. They offered a variety of approaches to address these, ranging from partnerships with community organizations to flexible study hours, targeted ads, payment, or food or travel support for participants.

A significant impediment, they said, is the lack of diversity among the research and clinical professions. Not only are minority physicians and scientists more likely to conduct research in minority populations, but they also may be able to gain the trust of those communities more easily in recruitment.

Since the 1993 NIH Revitalization Act, which required all federally funded clinical research to prioritize the inclusion of women and minorities, less than 2 percent of the 10,000-plus cancer studies have included enough minorities to be relevant.

Yet these professionals remain underrepresented in medical and scientific communities. For example, African Americans and Hispanics represent 4.3 percent and 7.2 percent, respectively, of biomedical doctoral degrees in 2013, and less than 2 percent and 3.4 percent, respectively, of NIH-funded principal investigators. The U.S. Census bureau estimated that African-Americans made up 13.2 percent of the U.S. population in 2014, and Hispanics, 17.4 percent.

Non-White scientists also are less likely to be awarded funding for their grants. In the new analysis, the authors found that the award rate for the gold-standard R01 or equivalent grants has remained consistently lower among minority applicants than Whites for three decades. In 1985, 42.1 percent of non-White researchers’ grant applications were funded, versus 48.6 percent for Whites. By 2013, both had declined to 19.3 percent versus 23.3 percent – a smaller spread, but greater percentage difference.

The authors applauded the NIH’s current efforts to address these issues, including actively soliciting feedback to diversify President Obama’s Precision Medicine Initiative, for which Burchard is a member of the NIH-appointed working group. They also recommended other possible approaches, including increasing NIH funding overall; diversifying the committees that review grant applications, which remain 90 percent White; formally including minority recruitment among the criteria for determining scientific merit of studies; and empowering the NIH to set and enforce similar requirements for minority recruitment as it does for gender.

Researchers on the paper were supported by the National Institutes of Health, the RWJF Amos Medical Faculty Development Award, the Sandler Foundation and the American Asthma Foundation. Additional funding sources and author details are available in the paper.