Current HIV medications can effectively prevent the disease’s progression, but the virus can lurk for a lifetime in the body.

By integrating into the genome of immune cells, known as memory T cells, HIV stays hidden as a piece of DNA in cellular reservoirs that drugs find difficult to destroy.

While patients on anti-retroviral therapy (ART) won’t develop full-blown AIDS, lurking HIV can lead to more insidious effects such as accelerated aging, heart attacks or diabetes that start earlier in life than people without HIV and other inflammatory dysfunctions. And if therapy is interrupted, this latent reservoir awakens, makes viral copies and can infect more cells. 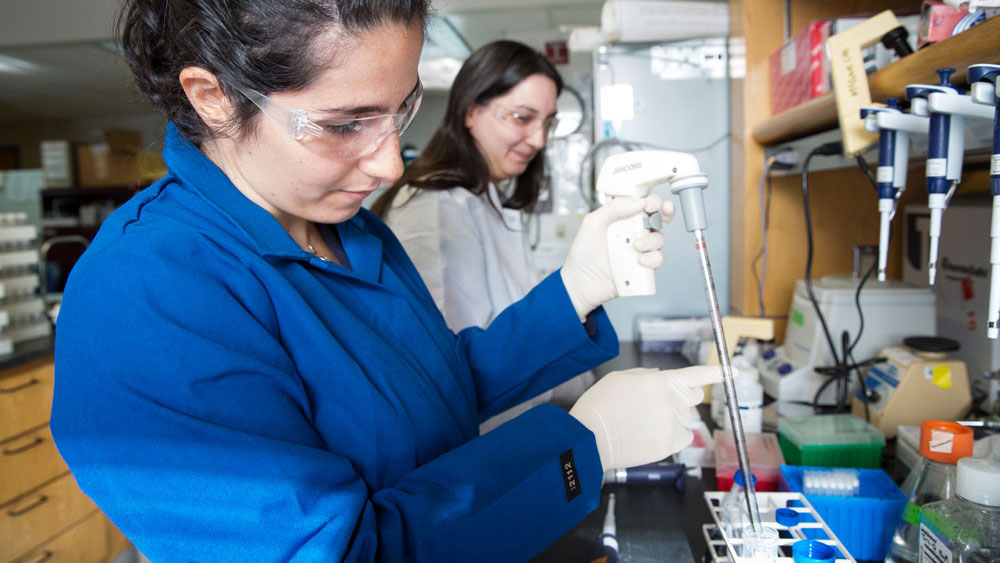 The Foundation for AIDS Research (amfAR) is funding an ambitious effort based in San Francisco to eliminate HIV from those who are infected.

Although scientists have known about the reservoir for years, early research and clinical efforts were focused on improving ART to thwart AIDS symptoms and rapid deaths. As ART has improved, researchers can now focus on eradicating the disease. “We can finally talk about the idea of a cure without raising laughs,” says Mike McCune, MD, PhD, chief of the Department of Experimental Medicine at UCSF.

To truly cure patients, scientists are trying to find ways to target the HIV reservoir in a strategy known as “shock and kill.” The Foundation for AIDS Research’s (amfAR) $20 million grant to seek a cure for HIV aims to accomplish four broad goals: chart, understand, record and eradicate elusive reservoirs of HIV-harboring T cells.

“It’s difficult because you can’t leave even a single cell standing – you have to get every last latent cell,” says Steven Deeks, MD, a UCSF professor of medicine who is one of four project directors leading each aspect of the grant.

Finding Where HIV is Hiding

HIV can only infect cells that express a marker named CD4 that’s found on some kinds of T cells and macrophages. But only 3 to 5 percent of CD4 T cells circulate in blood. The rest typically live in organs such as the brain, lymph nodes, gut, female reproductive tract and other locations.

“When we give ART, we knock out the circulating virus but we don’t knock out these cells residing in organs,” says McCune, whose team will find out where HIV hides in the body. “All these organs represent the immune system, and it’s important to understand where in that system the virus lives and in what state.” 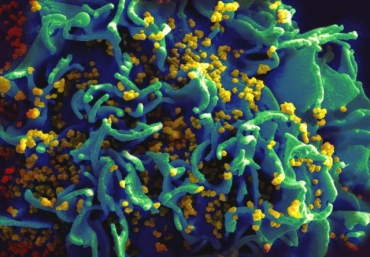 Charting precisely where latent cells linger is the first step to eliminating them, explains McCune. The locations of reservoirs may differ in patients based on an individual’s gender, race, age, the length of time they’ve had an HIV infection and other factors.

Once a reservoir is spotted, scientists also will need tools to track whether a “shock” agent has actually activated latent cells. For now, clinicians rely on measuring viral RNA circulating in plasma. But these tests don’t measure the minuscule levels of virus that lurk in reservoirs. To track these tiny quantities, researchers are developing advanced tools that can home in on HIV in the genome of a single latent T cell.

“In a patient on suppressive anti-retroviral therapy, it’s very hard to even find the virus. One of the main challenges is to develop really sensitive methods,” says Satish Pillai, PhD, associate director of the UCSF-GIVI Center For AIDS Research (CFAR). “As part of the amfAR grant, we’re figuring out how to use cutting-edge imaging methods that are non-invasive so we can visualize the reservoir in tissues.”

A Combination of Attack Plans

Once scientists are able to find and track latent HIV, eliminating the reservoir will require a combination of attack plans, Deeks explains.

One tactic they’ll explore is immunotherapy, or activating the body’s immune system to better fight the infection using toll-like receptors, known as TLRs. Previous studies of HIV’s counterpart in primates have reported that the use of TLR agonists in a shock-and-kill tactic can reduce the size of the latent reservoir.

In a collaborative effort that spans multiple institutions nationwide, the researchers also will deliver TLR agonists using nano-sized capsules of fat to cells. Once triggered with TLR agonists, immune cells can be deployed against the virus with an HIV vaccine.

Even before the notion of “shock and kill” becomes clinical reality, a multi-pronged approach is likely to be critical to clearing and controlling the HIV reservoir, says Deeks.

“I’m a firm believer that we need to reduce the size of the reservoir to improve patients’ health,” he adds. “These strategies all go hand-in-hand. It’s a balance because you want to turn the immune system on to get the virus out, but you don’t want to trigger a massive inflammatory response.”

By bringing together basic scientists and clinical researchers, Deeks says the aim is to translate research findings quickly into real improvements for people living with HIV.

“We’re not so much focused on the basic discovery in itself,” says Deeks. “It’s a means to an end – the real goal is to help these patients. Although we’re an academic group, we’re really focused on developing therapies.”