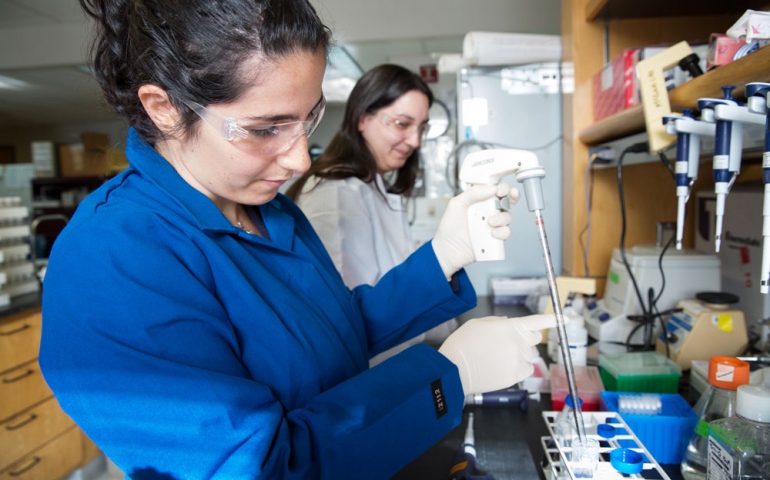 Postdoctoral scholar Charline Bacchus-Souffan (left) and staff research fellow Vanessa York work in the lab of Mike McCune, who will lead one of the research initiatives aimed at eliminating HIV from those who are infected. Photo by Elisabeth Fall

In a bid to end the worst epidemic in modern times, the Foundation for AIDS Research (amfAR) is funding an ambitious effort based in San Francisco to eliminate the human immunodeficiency virus (HIV) from those who are infected.

With $20 million over five years, the amfAR Institute for HIV Cure Research will support the work of scientists at UC San Francisco (UCSF), the Gladstone Institute for Virology and Immunology (GIVI), the Blood Systems Research Institute (BSRI) and other academic partners who are at the forefront of the effort to cure AIDS, rather than simply treating it as a chronic disease.

The team members, all experts in the field of HIV cure research, have a well-established record of working collaboratively and were the sole winners of amfAR’s national, invitation-only funding competition. Their strategy aims to achieve a functional cure, meaning that individuals infected with HIV would no longer need lifelong antiretroviral drug treatment to hold the virus in check. 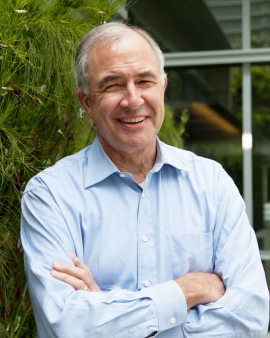 Paul Volberding, MD, will be director of the amfAR Institute for HIV Cure Research. Photo by Cindy Chew

“For those of us who saw the AIDS epidemic explode and who watched helplessly as thousands died, the opportunity to try to develop an HIV cure is truly amazing,” said Paul Volberding, MD, a UCSF professor of medicine who started the Positive Health Program at Zuckerberg San Francisco General Hospital and Trauma Center in the early days of the epidemic and was a leader in early clinical trials to evaluate antiretroviral therapy.

“San Francisco and UCSF have remained steadfast in the commitment to confront the epidemic, and we are proud to have been chosen by amfAR as the only HIV cure institute in the nation,” said Volberding, who will be director of the new institute. Volberding also is director of the UCSF AIDS Research Institute, which will provide administrative management for the amfAR Institute, and also directs research at UCSF Global Health Sciences. “This will bring together a broad team of leading scientists who believe a cure is possible, and that it will happen here. We’re ready to end this epidemic.”

As the host institution, UCSF will provide the headquarters for the institute in its Global Health and Clinical Sciences Building on the Mission Bay campus.

The amfAR Institute for HIV Cure Research is the centerpiece of the foundation’s $100 million investment strategy to achieve a cure for HIV, which infects more than 35 million people worldwide, according to the World Health Organization. On Dec. 1, which is World AIDS Day, Volberding and the four project leaders will discuss the latest research at an amfAR-sponsored 2015 HIV Cure Summit in the William J. Rutter Center at UCSF.

“We are thrilled to be launching this exciting new venture with such an outstanding team of researchers,” said Kevin Robert Frost, amfAR’s chief executive officer. “UCSF is the ideal base for the amfAR Institute, and this collaboration has real potential for rapidly accelerating the search for a cure.”

The institute will focus on research into new approaches to HIV. Antiretroviral drugs kill HIV and result in the death of actively infected CD4 immune cells, as well, virtually eliminating the virus from the blood and saving millions of lives. But even with treatment, the virus remains dormant within a small percentage of infected CD4 cells — and perhaps even within other types of cells — in a variety of tissues. 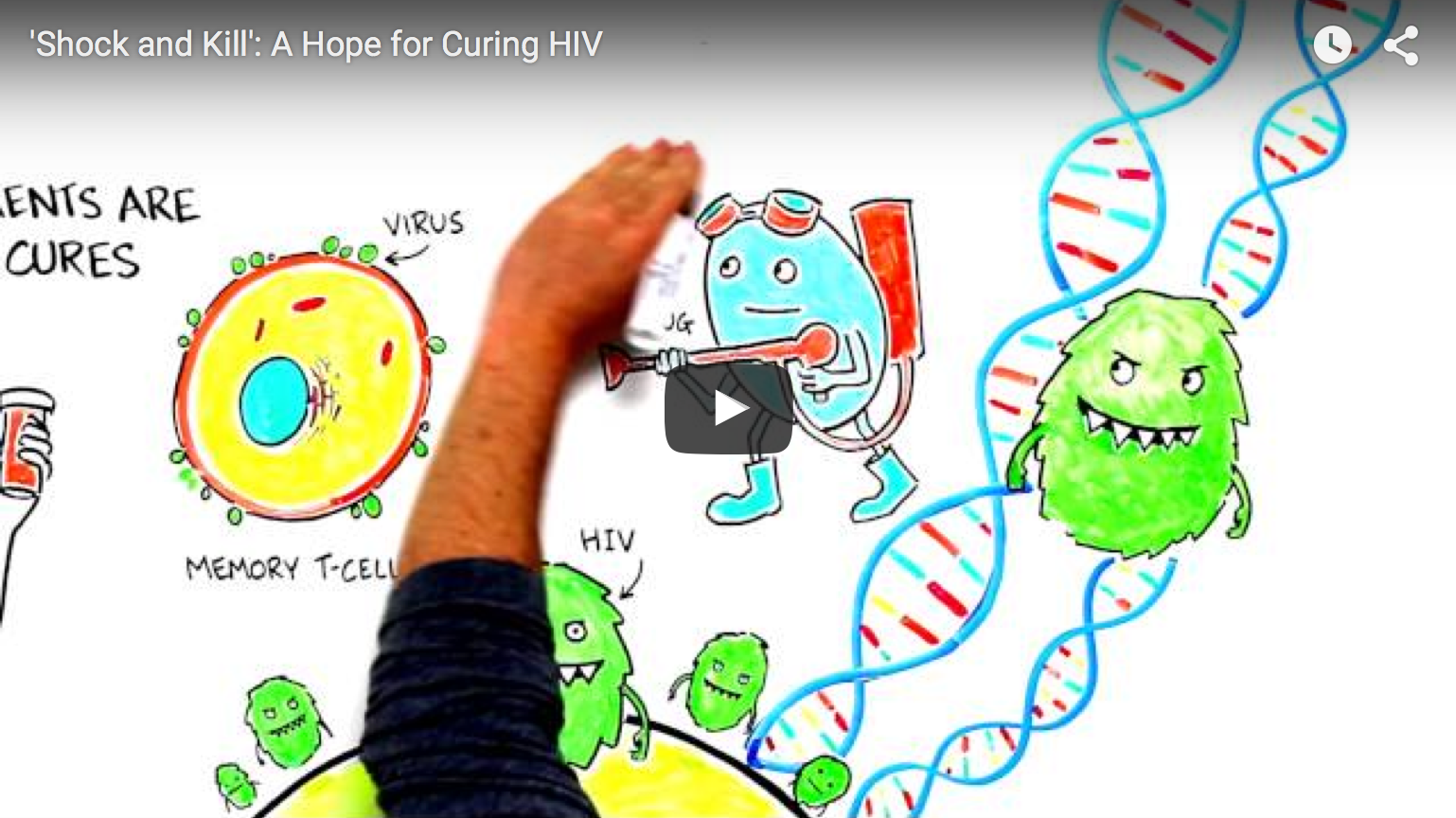 How ‘Shock and Kill’ Could Cure HIV

Early research and clinical efforts were focused on improving therapies to thwart AIDS symptoms and rapid deaths. As treatments have improved, researchers can now focus on eradicating the disease.

When dormant, the HIV genetic blueprint still persists within the CD4 cell’s DNA. If treatment ends, the virus within latently infected CD4 cells uses the cell’s own biochemical machinery to reactivate and begin replicating and infecting other cells.

The Institute links four research initiatives that will focus on finding and quantifying the virus within body tissue hideouts; learning more about how the virus becomes dormant or active; developing new assays to measure the reservoir; and developing and testing a new treatment regimen that can eliminate even hidden HIV from the body, or at least prevent the virus from replicating and causing symptoms after drug treatment ends. The research will be supported by core laboratory and clinical resources, and through collaborations with other academic and industry partners.

Warner Greene, MD, PhD, director and senior investigator of GIVI, co-director with Volberding of the UCSF-GIVI Center For AIDS Research (CFAR), and one of the amfAR Institute’s four project directors, said the team’s strategy would focus on stimulating the less specialized, “innate” immune system that forms the first line of defense against infections. These innate immune cells can both stimulate latently infected immune cells and activate the more specialized adaptive immune system. Adaptive immunity includes the production of killer T cells and antibodies. These killer T cells and antibodies can help eliminate the reactivated reservoir cells to complete the “shock and kill” strategy.

“Our strategy will be to exploit the innate immune system to help flush the virus out of hiding and ultimately to eliminate its ability to bounce back when drug treatment ends,” said Greene, a professor of medicine, microbiology and immunology at UCSF, and the Nick and Sue Hellmann Distinguished Professor of Translational Medicine at Gladstone. 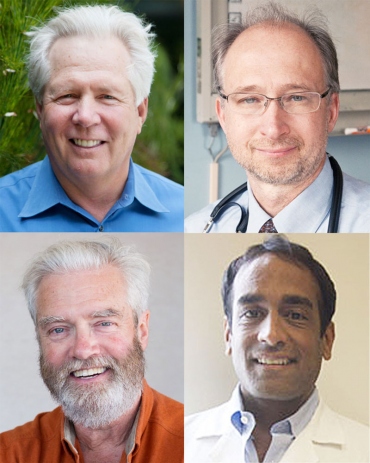 Greene was an early advocate of a “shock and kill” approach to attacking HIV latency. He will now investigate a set of molecules called TLR agonists that act through receptors on the surfaces of innate immune cells to set off a chain reaction of molecular signaling and activation within the immune system, which includes activation of latently infected CD4 cells. Patients would remain on their antiretroviral therapy during this treatment, but if successful, the antiretroviral drugs could be stopped.

Steven Deeks, MD, professor of medicine at UCSF and co-director of the Population and Clinical Sciences Core at CFAR, will investigate how TLR agonists affect the latent reservoir of HIV in lymphoid tissues in both pre-clinical research and clinical studies of patients already being treated with antiretroviral drugs.

Mike McCune, MD, PhD, chief of the Division of Experimental Medicine at UCSF, will lead efforts to find out where HIV hides in reservoirs within specific tissues in the body and determine how factors such as sex and age affect the relative abundance of HIV in different tissues. To date, more men than women with HIV have been studied, but the new grant will allow UCSF scientists to establish a research cohort of HIV-infected women willing to participate in cure studies. McCune’s group will develop new ways to detect replication-competent HIV that is sequestered within tissues and must be removed to achieve a cure.

Satish Pillai, PhD, an associate investigator at BSRI and associate director of CFAR, will lead a team focused on developing better ways to detect and measure HIV that is capable of replicating in blood and tissues. He and his colleagues have discovered that specific immune responses are indirect but sensitive measures of viral persistence and replication potential within HIV tissue reservoirs.

UC San Francisco is a leading university dedicated to promoting health worldwide through advanced biomedical research, graduate-level education in the life sciences and health professions, and excellence in patient care. It includes top-ranked graduate schools of dentistry, medicine, nursing and pharmacy, a graduate division with nationally renowned programs in basic, biomedical, translational and population sciences, as well as a preeminent biomedical research enterprise and two top-ranked hospitals, UCSF Medical Center and UCSF Benioff Children’s Hospital San Francisco. UCSF researchers are affiliated with the AIDS Research Institute at UCSF, which houses hundreds of scientists and dozens of programs throughout UCSF and affiliated labs and institutions, making the ARI one of the largest AIDS research entities in the world.

To ensure our work does the greatest good, the Gladstone Institutes focuses on conditions with profound medical, economic, and social impact—unsolved diseases of the brain, the heart, and the immune system. Affiliated with the University of California, San Francisco, Gladstone is an independent, nonprofit life science research organization that uses visionary science and technology to overcome disease.

Blood Systems Research Institute (BSRI), San Francisco, is a non‐profit organization and the research division of Blood Systems, the second largest blood banking organization in the United States. Established in 1959, BSRI is the leading program in the U.S., and perhaps the world, with respect to transfusion-transmitted infectious diseases, and is at the forefront of several other areas of transfusion medicine research. More than 70 scientists, investigators and staff support a diverse research portfolio encompassing immunology, virology, cellular therapeutics, epidemiology and health policy. BSRI is one of only four significant blood bank‐sponsored research programs in the United States.