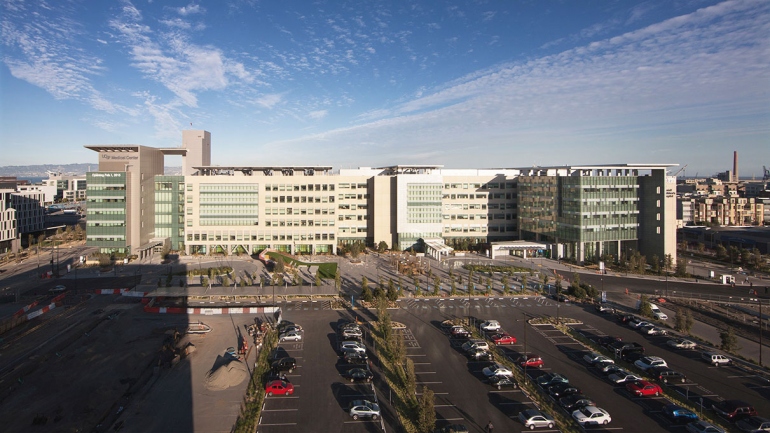 The UCSF Medical Center at Mission Bay, which opened last February, includes the only children’s hospital with emergency services in San Francisco. Photo by Mark Citret

Emphasizing the need to protect patient safety by ensuring access to UCSF Medical Center at Mission Bay, UC San Francisco announced Monday that its support for the Golden State Warriors arena project is contingent on a binding agreement to address traffic concerns when large, dual or overlapping events occur at AT&T Park and the proposed arena and events center.

In formal comments to the draft Supplemental Environmental Impact Report on the proposed Warriors arena project at Mission Bay, UCSF states its appreciation for the City’s and Warriors’ “commitment to identify and mitigate negative impacts that could result from the project,” but says that a critical issue regarding the scheduling of large, dual or overlapping events remains to be addressed. UCSF filed its comments on July 27.

To ensure that patients, patient visitors and patient care workers have access to its Mission Bay hospitals during large dual or overlapping events, UCSF proposes a traffic “trigger” mechanism: “Should the City’s efforts to maintain acceptable traffic levels fail and access to the hospitals be impeded, UCSF supports a trigger mechanism giving the City the ability to manage the scheduling of large, dual events until such time that traffic can operate during such events at acceptable levels during these events.” This trigger mechanism would be put into effect only after all current and potential future mitigations had been attempted. 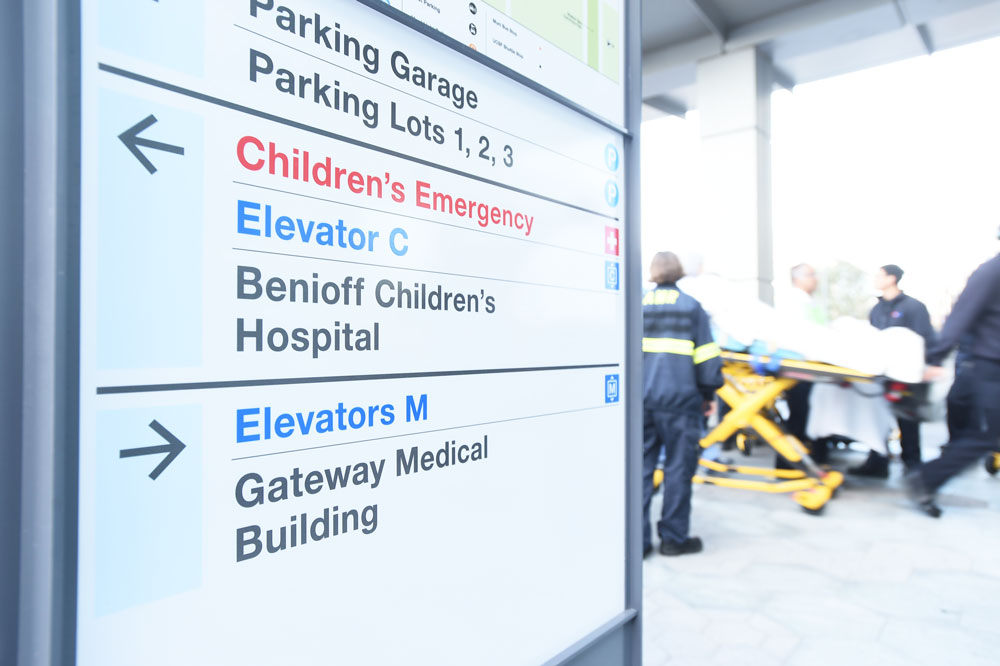 Learn more about the challenges and opportunities presented by the prpposed Warriors arena project and show your support for a “Win-Win” approach that brings the Warriors to San Francisco and ensures patient safety.

To encourage support for this position, the University is launching the WinWinSF campaign. It will explain the challenges and opportunities presented by the project and encourage support, in part through signature on a petition, for finding a “Win-Win” approach that brings the Warriors to San Francisco and ensures patient safety.

Those who go to the Win-Win website will hear from UCSF patient families and health care workers, and can sign the petition that supports an environment in which the Warriors’ arena and events center and the Mission Bay hospitals could co-exist successfully within San Francisco’s burgeoning Mission Bay neighborhood. To learn more about the “Win-Win” campaign, visit www.WinWinSF.com.

“We are excited about the Warriors moving to the neighborhood and the team’s arena project,” said UCSF Chancellor Sam Hawgood, MBBS. “We think it can be a win-win proposal provided the very real accessibility issues for our patients, patient families and patient care workers are addressed in a meaningful and lasting way.”

UCSF is making known its position as the planning and approval process for the Warriors arena project moves into a next phase of development. Monday marks the close of public comment on the draft Supplemental Environmental Impact Report on the team’s proposal to build on 11 acres diagonally across from UCSF Medical Center at Mission Bay at the intersection of 16th and Third streets.

The environmental report is the means through which all significant impacts of the project are to be aired and analyzed, and potential alternatives and mitigation steps considered and adopted for implementation.

“I am grateful for Mayor Lee’s leadership in working with UCSF and the Golden State Warriors to solve access challenges posed by the project, and I am confident that meaningful and lasting solutions can and will be worked out,” said Hawgood. “The City and the Warriors understand that patient safety must be secured.”

Opened on Feb. 1, 2015, UCSF Medical Center at Mission Bay is a state-of-the-art, six-story, 289-bed children’s, women’s and cancer hospital complex. The hospital complex includes the only children’s hospital with emergency services in San Francisco, and has a rooftop helipad for the transport of critically ill children and at-risk mothers. It provides specialty cancer care to about 5,000 adult patients a year and expects to deliver 2,600 babies in its first year of operation.

The proposed Warriors project includes a multi-purpose events center, office and retail space and a parking structure. Its non-arena office and retail space alone – a combined 720,000 square feet – approaches the total square footage of UCSF Medical Center Mission Bay. With an added 18,000-seat arena intended to host basketball games, plus more than 160 concerts and other events per year – many potentially occurring on the same day or night as Giants baseball games – the potential traffic and access impacts for the Mission Bay hospitals, and the ability of its patients and their families to access the hospitals, presents traffic concerns.  UCSF does believe the City’s transportation planning has identified a way to allow access for ambulances and other emergency vehicles that need to access the hospitals.

Large dual or overlapping events, even up to the average of nine such events analyzed in the draft SEIR, could hamper access to the Mission Bay hospitals for the 130,000 patients who visit each year and the 1,500 nurses and other health care workers who change shifts at 7 p.m.

In written comments submitted Monday on the project draft Supplemental Environmental Impact Report, UCSF details its concerns and where additional analysis and mitigation measures or alternatives should be considered.

Looking ahead to ongoing discussions, Hawgood said, “We’re very pleased that there’s a commitment by the City and the Golden State Warriors to continued discussion toward a successful ‘win-win’ outcome.”