Smokeless tobacco and, more recently, e-cigarettes have been promoted as a harm reduction strategy for smokers who are “unable or unwilling to quit.” The strategy, embraced by both industry and some public health advocates, is based on the assumption that as smoking declines overall, only those who cannot quit will remain. A new study by researchers at UC San Francisco has found just the opposite.

The researchers analyzed survey data spanning 18 years in the United States and six years in the European Union. They found that, contrary to the prevailing assumptions, as the fraction of the population that smoked declined, the remaining smokers actually smoked less and were more likely to quit than to stick with it. The authors said their findings challenge the need to promote new forms of nicotine delivery, such as e-cigarettes, since the smoking population continues to quit smoking as a result of proven policies and interventions.

The paper, titled, “The smoking population in the USA and the EU is softening not hardening,” appears online in the June 24, 2015 issue of the journal Tobacco Control. 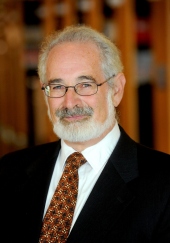 The concept of harm reduction, first proposed in the 1970s, was based on the theory that as smoking prevalence declines, the remaining “hard core” smokers will be less likely or able to quit smoking, a process called hardening. The study found that the population is actually softening.

“The fact that the smoking population is softening has important implications for public health policy,” said senior author Stanton A. Glantz, PhD, the American Legacy Foundation Distinguished Professor of Tobacco Control at UCSF and director of the Center for Tobacco Control Research and Education. “These results suggest that current tobacco control policies have been leading to softening of the smoking population without the need to promote new recreational nicotine products like e-cigarettes.” 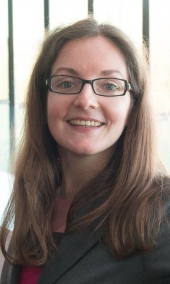 The paper reported that for each 1 percent drop in the fraction of the population that smoked, the number of smokers who tried to quit increased by 0.6 percent in the United States and remained stable in Europe. They also showed that the percentage of U.S. smokers who quit increased by 1.13 percent, while daily cigarette consumption among remaining smokers dropped by 0.32 cigarettes in the United States and 0.22 cigarettes in Europe. Overall U.S. cigarette consumption levels dropped over time, while those associations remained stable in Europe.

The findings are significant, said Margarete C. Kulik, PhD, postdoctoral fellow at the Center and first author of the paper, because e-cigarettes are not harmless. A recent review of the science on e-cigarettes by UCSF researchers reported that e-cigarette emissions contain both nicotine and other toxins, such as formaldehyde, and are associated with significantly lower odds of quitting cigarettes and with high levels of dual use – smoking both e-cigarettes and regular cigarettes – among adults and youth.

The takeaway, Kulik said, is that the current policies have been working, including strong anti-tobacco media, smokefree laws and increased tobacco taxes. As a result, smoking prevalence has declined and the smoking population has become more likely to quit smoking altogether.

“We show that there is no real need to distribute e-cigarettes as part of a tobacco policy package because the smoking population is softening,” she said. “Tobacco control policies should continue to move the population down these softening curves rather than changing policies to promote new forms of nicotine delivery, especially ones like e-cigarettes that are very appealing to children.”