Researchers at UC San Francisco and UC Berkeley have teamed up to create an innovative, integrated center for research on neurodegenerative diseases. Supported by a $3 million grant from the Glenn Foundation for Medical Research, the new center aims to pave the way to developing novel treatments for diseases such as Alzheimer’s disease and Parkinson’s disease by investigating the many ways that proteins can malfunction within cells.

In particular, the center’s work will focus on a type of protein called the prion, which displays characteristics of infectious agents and is responsible for “mad cow” disease and a related, devastating human brain disorder known as Creutzfeldt-Jakob disease (CJD). 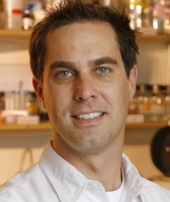 Stanley B. Prusiner, MD, UCSF professor of neurology, and Andrew Dillin, PhD, the Thomas and Stacey Siebel Distinguished Chair of Stem Cell Research at UCB and a Howard Hughes Medical Institute investigator, will codirect the new inter-campus program, known as the Paul F. Glenn Center for Aging Research. Ten additional researchers from UCSF and 13 from UCB will contribute to the center’s work, with more recruitments to come.

“The Glenn Foundation is pleased to welcome UCSF and UC Berkeley to the Glenn Consortium for Research in Aging,” said Mark R. Collins, president of the Glenn Foundation for Medical Research, which is based in Santa Barbara, Calif. “I had the pleasure to work with Dr. Dillin previously, when he led the Glenn Center for Aging Research at the Salk Institute for Biological Sciences prior to moving to UC Berkeley. I’ve known Dr. Prusiner and followed his work for many years and it is a propitious time for us to assist these two leaders in biological research to discover treatments for age-related neurodegenerative disease.” 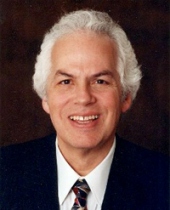 In 1997, Prusiner, director of UCSF’s Institute for Neurodegenerative Diseases, received the Nobel Prize in Physiology or Medicine for his discovery of prions, which he demonstrated were an abnormally folded form of normal proteins that set up a template for replication in the brain. According to Prusiner, recent work provides persuasive evidence that, in addition to mad cow disease and CJD, many common neurodegenerative diseases, including Alzheimer’s and Parkinson’s, are caused by abnormally folded forms of normal proteins functioning as prions.

Dillin agrees that prions are ideal targets for research and novel therapeutic approaches. “The Glenn Foundation’s confidence to support our hypothesis is greatly appreciated,” he said, adding that the combination of UCSF’s medical mission with the strong basic research traditions of both campuses will make the new Glenn Center’s work uniquely powerful.

Proteins are crucial for many of a cell’s normal functions, but as people age, cells’ quality-control mechanisms become less efficient. Normally these systems ensure that proteins are properly formed, and target badly formed or “worn-out” proteins for destruction. But as the effectiveness of cellular quality control wanes over time, improperly formed proteins, including prions, can begin to accumulate.

Badly formed proteins, called “misfolded” by biologists, cannot carry out their required functions and, even worse, they can stick to one another and to other cellular components, sometimes leading to devastating physiological consequences. Prions are particularly problematic because they can act like a template, converting properly formed proteins into additional prions, essentially spreading protein misfolding like an infection.

Seeking ways to counteract the accumulation of misfolded proteins, the new Glenn Center’s researchers will investigate the many cellular quality-control mechanisms that act throughout a protein’s lifetime, from when proteins are first made, to the interactions that help them reach their proper functional state, to the transport processes that take them to their final destinations, to their ultimate degradation when they can no longer serve their purpose.

Together, the UCSF and UCB researchers affiliated with the center have complementary expertise in all of these areas, and the center’s ultimate goal is to develop new anti-prion drugs, Dillin said. “At Berkeley, we aim to build the basic scientific knowledge to leverage clinical and therapeutic discoveries at UCSF.”

According to Prusiner, “the newest research indicates that Alzheimer’s alone kills as many people every year as cancer does, but it only receives one-tenth of the funding that we dedicate to cancer research. We are grateful to The Glenn Foundation for their support in the battle against neurodegenerative diseases.”

UC Berkeley is the world’s premier public university with a mission to excel in teaching, research and public service. This longstanding mission has led to the university's distinguished record of Nobel-level scholarship, constant innovation, a concern for the betterment of our world, and consistently high rankings of its schools and departments. The campus offers superior, high value education for extraordinarily talented students from all walks of life; operational excellence and a commitment to the competitiveness and prosperity of California and the nation.