To simplify administration and respond to employee concerns, the University of California is changing the eligibility rules for retiree health benefits. 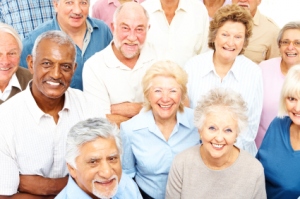 In an email letter to faculty and staff, Dwaine Duckett, vice president of Human Resources for UC, announced that policy-covered employees eligible for UC Retirement Program (UCRP) on June 30, 2013, will be subject to the eligibility rules that were in place as of that date.

This means that those employees who previously had been moved to the new 2013 eligibility rules because they were not vested in UCRP on June 30, 2013 or because their age plus years of UCRP service was less than 50 at that time will no longer be subject to the eligibility rules that went into effect on July 1, 2013.

“Many of our employees who were close to meeting the criteria for the grandfathering provision were understandably concerned about the rule of 50,” Duckett said. This keeps people under the rules that were in place when they were hired as long as they stay at UC.

The change also simplifies administration of retirement benefits and is clearer to employees, Duckett said.

“Retiree health is an important benefit. It is one that distinguishes us from other employers and helps us to recruit and retain faculty and staff,” Duckett said.

With the change, policy-covered UC faculty and staff fall into one of three categories for retiree health benefits eligibility, each based on the date of membership in UCRP or their rehire date after a break in service of 120 days or more. (For most employees, the membership date is the first day of work).

These rules can vary by bargaining unit for employees who are currently in or have worked in union jobs while at UC.

Employees hired prior to Jan. 1, 1990: These employees receive 100 percent of UC’s contribution toward the medical and/or dental monthly premiums if:

Employees hired or rehired between Jan. 1, 1990 and June 30, 2013: These employees are eligible for retiree health and the UC contribution toward medical and/or dental plan monthly premiums based on the following formula:

Employees hired or rehired on or after July 1, 2013: These employees are eligible to enroll provided they are 50 or older and have at least 10 years of service credit at the time they retire. If they retire at age 56 or older, they will receive a percentage of UC’s contribution toward monthly premiums based on their age and years of UCRP service credit at retirement.

To receive the maximum UC contribution, an individual must retire at age 65 with 20 or more years of service.

The chart below outlines the percentage of the UC contribution for all eligible ages and years of service credit.

* Please note: Those who retire between ages 50 and 55 are eligible to enroll in UC-sponsored health insurance for retirees but will not receive a UC contribution.

An individual who leaves UC employment and later returns to work at UC, will be subject to the eligibility rules in place at the time of rehire.

A fact sheet with details of retiree health eligibility rules is available here.