Scientists and physicians at UC San Francisco are leading a $26 million, multi-institutional research program in which they will employ advanced technology to characterize human brain networks and better understand and treat a range of common, debilitating psychiatric disorders, focusing first on anxiety disorders and major depression.

One of the first research projects launched in support of President Obama’s Brain (Brain Research through Advancing Innovative Neurotechnologies) Initiative, the work promises to generate unprecedented insights into how brain networks go awry in major depression, anxiety disorders and addiction, and will pioneer neural stimulation therapies aimed at coaxing the brain to “unlearn” the detrimental signaling patterns that underlie these diseases.

VIDEO: UCSF and UC Berkeley researchers discuss the potential of this new project. 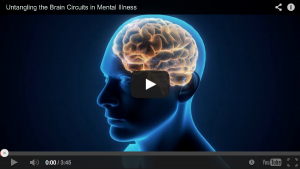 The new project is funded by the Defense Advanced Research Projects Agency (DARPA), a major partner in support of President Obama’s Brain Initiative, under the agency’s recently launched SUBNETS (Systems-Based Neurotechnology for Emerging Therapies) program. SUBNETS seeks to bring together neuroscience, neurotechnology and clinical therapy in innovative ways to address the burden of psychiatric disease among military personnel. The Brain Initiative, unveiled in April 2013, is a $100 million program designed to accelerate understanding of human brain function and to fund new technologies to tackle neurological and psychiatric diseases.

When UCSF’s new SUBNETS-funded project officially launches on June 1, 2014, physician-researchers will begin recording activity in diverse brain regions in people with Parkinson’s disease and medically intractable epilepsy who are already undergoing brain recordings as part of their clinical care, taking advantage of the fact—not well recognized by the public—that neuropsychiatric symptoms are common features of both conditions.

The overall strategy is to first identify brain signaling pathways specifically associated with anxiety and depression, then to develop devices to provide precise stimulation therapies that guide the brain to strengthen alternative circuits. By leveraging the brain’s natural capacity for neural remodeling and learning, this approach will potentially allow the newly strengthened circuits to bypass the disease-associated signals and thereby eliminate symptoms.

The five-year project, initially funded at $12 million, with supplemental funds up to $26 million if various milestones are achieved, will involve more than a dozen scientists, engineers and physicians at UC Berkeley, Cornell University and New York University, and will also include work with Lawrence Livermore National Laboratory under a cooperative agreement. 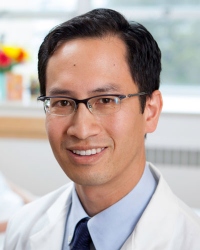 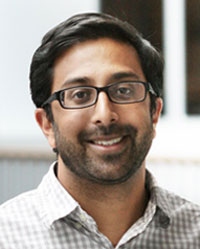 “Human brain recording can now reveal aspects of mental illness that have been inaccessible to scientists and doctors,” said UCSF neurosurgeon Edward F. Chang, MD, team leader on the new project and a world leader in the use of brain recording technology for the surgical treatment of epilepsy. “By analyzing patterns of interaction among brain regions known to be involved in mental illness we can get a more detailed look than ever before at what might be malfunctioning, and we can then develop technology to correct it.”

The economic impact and toll in human suffering of common psychiatric disorders are staggering. Anxiety disorders, alone—which include panic disorders, phobias and post-traumatic stress disorder, among many others—cost $42 billion a year in the U.S., nearly one-third of the country’s total mental health care costs, according to the Anxiety and Depression Association of America.

Existing treatments, such as psychotherapy and medications, can take many weeks to have an effect and their benefits often diminish over time. An even more serious problem is that millions of people with treatment-resistant psychiatric disorders do not find relief from any existing therapy.

“There are millions of people for whom these disorders are not well treated. These patients are often not able to keep their jobs or to work at all, because they’re constantly struggling with symptoms of their illnesses and the pain and suffering they cause,” said team member Vikaas Sohal, MD, PhD, assistant professor of psychiatry at UCSF. “This project offers hope because it’s a totally new way of seeing how the parts of the brain interact in mental illness. It’s as if we’ve been looking at still images of actors but will now be able to see the performance of a play.”

The project team will address psychiatric disorders in a new way, taking a “systems-level” approach. Instead of focusing on specific cellular processes to target with drugs, the researchers will seek to understand these disorders as disruptions of a complex network.

As these aberrant patterns are identified, a team coordinated by UC Berkeley’s José M. Carmena, PhD, will design, fabricate and use miniature implantable devices to elucidate neural circuits critical to these psychiatric disorders. The devices will detect neural activity and then use the information to determine when and where electrical stimulation should be delivered to correct abnormal brain patterns.

Carmena is a renowned researcher in the field of brain-machine interfaces (BMIs), which interpret brain signals to control prostheses for those with paralyzed or injured limbs. He is co-director, with Chang, of the Center for Neural Engineering and Prostheses (CNEP), a joint UCSF/UC Berkeley research group devoted to developing technology to restore sensory, motor and cognitive function in patients suffering from disabling neurological conditions.

“In this new project at CNEP, we are using the same BMI concepts we have been using for the past 10 years,” said Carmena. “After learning how large-scale brain circuits work in such conditions as depression, anxiety, and addiction, we will design an implantable BMI that can detect abnormal activity and electrically stimulate some locations in these circuits to alleviate symptoms.” 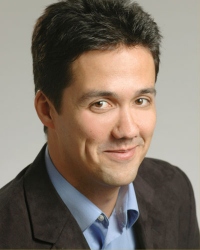 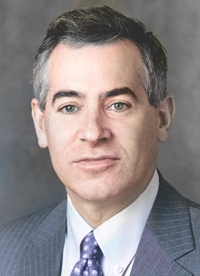 This therapeutic approach will build on the established concept of deep brain stimulation (DBS), already a successful therapy to correct circuitry that has gone awry in movement disorders. But the overarching goal of the new project, which will be pursued with industry partners Posit Science and Cortera Neurotechnologies, is to make major leaps forward in both the precision and effectiveness of neural stimulation therapy, such that guided strengthening of healthy circuits in psychiatric disorders will result in long-lasting alleviation of symptoms, perhaps eliminating the need for any permanent device, Chang said.

The study’s initial focus on anxiety and depression in epilepsy and Parkinson’s disease could shed valuable light on a range of psychiatric disorders. UCSF neurosurgeon Philip A. Starr, MD, PhD, a member of the team who regularly treats Parkinson’s patients with DBS implants, said, “Most people think of Parkinson’s as a movement disorder, but it is in fact a neuropsychiatric disorder that includes problems with mood, thinking, anxiety, impulsivity, and even a form of addiction to medication known as dopamine dysregulation syndrome. These symptoms are as fundamental a part of the disorder as slow movement or tremor.”

Moreover, Starr said, the psychiatric symptoms of Parkinson’s disease wax and wane, so the recordings, which will be made by high-resolution devices resting directly on patients’ brains, should reveal in detail how brain activity changes when patients enter a depressed or anxious state, data that have been unobtainable before recent technological advances. Because these data are so valuable and so challenging to obtain, all recordings—stripped of patients’ identities—will be deposited in accessible databases for the use of researchers around the world, said Chang. All work on the new project will be conducted with the oversight of UCSF- and DARPA-based ethical committees.