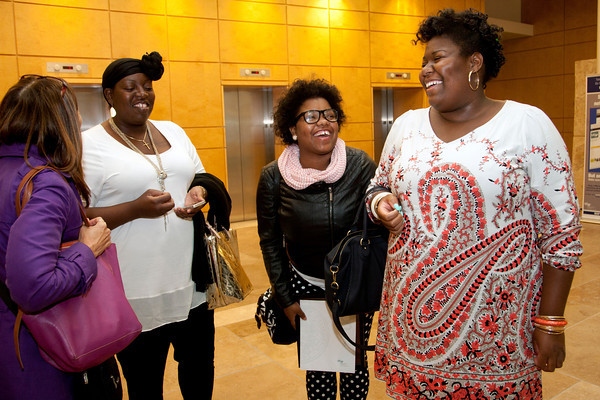 McKullin Green has gotten used to taking the road less traveled by.

At the age of 15, he had to drop out of school to help support his parents and three siblings, who were impacted by the global financial crisis of 2008. They moved around frequently: starting out at Washington State, and then moving to Hawaii, Arizona, and eventually the Bay Area.

“It was really hard on my children because they are all go-getters and they wanted to complete their education,” said Green’s mom Mary Jane Green. “But they had to take a break. A mom wants to see her kids have the opportunities to succeed in life.” 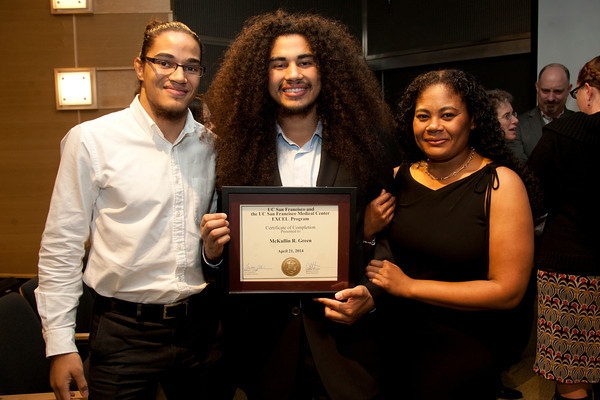 Green ended up working at a rock climbing gym making minimum wage, which was barely enough to support himself in San Francisco. And then he got laid off.

That’s when his parents told him about the EXCEL program, UC San Francisco’s flagship workforce development program. EXCEL, which stands for Excellence through Community Engagement and Learning, uses both classroom and on-the-job training to prepare San Francisco resident for careers as administrative professionals in the health care industry.

“The most important thing I learned was professional communication,” said the 21-year-old Green. “EXCEL really taught me how to interact with people in a professional manner, whether it’s in person, over the phone or email.”

On April 21, Green and eight other interns graduated from the sixth cycle of the EXCEL program. He and classmate Precious McCoy delivered commencement addresses. 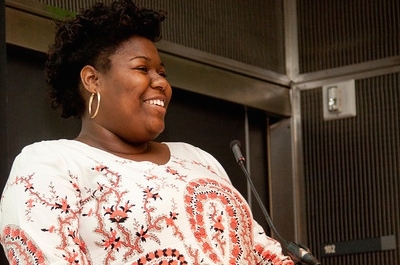 Precious McCoy delivers one of two commencement addresses at her EXCEL graduation.

“I loved the EXCEL program,” said McCoy, 20, who grew up in San Francisco’s Visitacion Valley. “I loved the pace, I loved the internship, I loved the classroom training. It really taught me skills that I can actually apply to my future career.”

After finishing her internship, McCoy hopes to find a permanent career position at UCSF.

“Next to my high school graduation, my EXCEL graduation is one of the key milestones in my life because UCSF is such a great place to work and it's known all over the world,” she said. “I feel like it's a great way to expose myself to opportunities all over the world as well.”

“I think Precious and McKullin are perfect examples of individuals who have an unquenchable thirst for knowledge. They're incredibly motivated, taking any opportunity to learn,” he said. “That's the type of attitude we want to see in an intern – someone who is not afraid to take on new challenges. So it's been rewarding to see their growth, and it's been really satisfying to talk to their supervisors and find out how pleased they were with the quality of work the interns provided.”

A recent study conducted by an independent firm found that 80 percent of EXCEL graduates were employed six months after completing the program, making it the most successful workforce development program under San Francisco’s Jobs Now initiative. 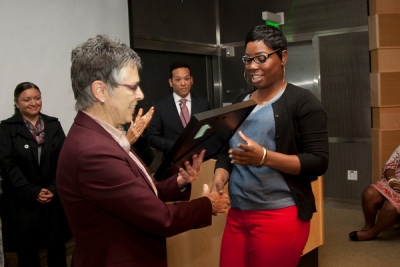 More than 180 people have participated in the program since it launched in 1998.

After a four-year hiatus, the program was re-tooled in 2008, and not-for-profit Jewish Vocational Services (JVS) was brought in as the training agency. Participants spend 10 weeks immersed in classes that teach technical as well as professional behavior skills before they’re assigned to four-month, paid internships at UCSF.

From 2010 to 2013, a total of 53 of 67 EXCEL participants had either temporary or permanent jobs six months after graduating, and 45 of them had jobs at UCSF.

None of the participants had jobs when they entered the program.

Those 45 graduates who were working at UCSF six months after graduation earned an average of $3,320 a month – exceeding the monthly salary at San Francisco minimum wage by $1,491 – according to an independent study conducted by the consulting group, Learning for Action.

The EXCEL program and its track record of success give hope to Mary Jane Green. She believes this is a turning point for her son McKullin and a better life for her entire family.

“Just seeing my son up there expressing himself so eloquently, I was so proud,” she said. “Seeing him grow up and display so much confidence was really nice to see.”

Although McKullin Green took the road less traveled by, it has rewarded him with opportunities he otherwise would not have had. With those opportunities, a more confident, happier McKullin has emerged. And that has made all the difference in his life and his family’s life.

“I now have more skills to go out into the world and complete the goals I have for myself,” he said. 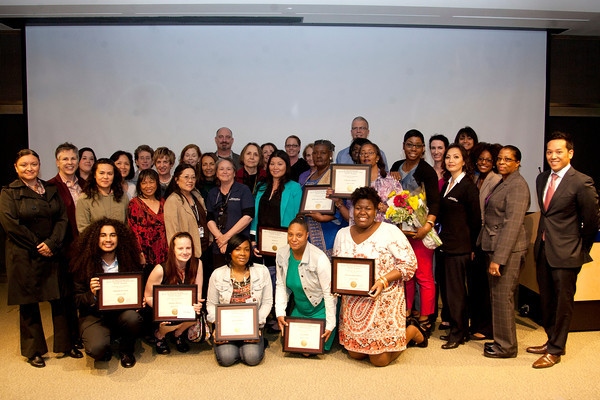 EXCEL graduates pose for a photograph with their sponsors from UCSF and Jewish Vocational Services.