New research from UC San Francisco and the San Francisco AIDS Foundation has found that clients participating in a harm-reduction substance use treatment program, the Stonewall Project, decrease their use of stimulants, such as methamphetamine, and reduce their sexual risk behavior.

Harm reduction is a public health philosophy and strategy designed to reduce the harmful consequences of various, sometimes illegal, human behaviors such as the use of alcohol and other drugs regardless of whether a person is willing or able to cease that behavior. 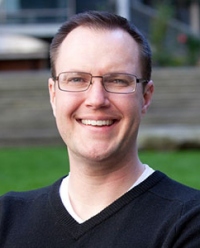 The research findings appear online on April 18 in the Journal of Urban Health. The Stonewall Project, a San Francisco AIDS Foundation program, serves substance-using gay and bisexual men as well as other men who have sex with men.  Stonewall implements evidence-based, cognitive-behavioral substance use treatment from a harm-reduction perspective. At Stonewall, clients have the option of abstinence, but may also use harm-reduction strategies such as transitioning to less potent modes of administration (e.g., injecting to snorting) or reducing sexual risk taking while they are under the influence.

Some sexual risk-reduction strategies delivered by the Stonewall Project are condom use promotion during sex, seroadaptive behaviors (having sex in ways that reduces the risk of acquiring or transmitting HIV) and decreasing the number of sex partners.

“We showed Stonewall can address stimulant use, a key barrier to HIV prevention and care, without insisting on abstinence.  Our program, which is based on a willingness to work with clients regardless of their ability and/or willingness to stop using and teach them better ways to take care of themselves and improve their lives, has been borne out by these findings,” said study co-investigator, Michael D. Siever, PhD, founder of the Stonewall Project.

Two-thirds of the 211 methamphetamine-using men who have sex men enrolled in the study were HIV positive, and there was some evidence to suggest that Stonewall’s harm reduction counseling may also assist men in taking their anti-HIV medications effectively enough to achieve an undetectable level of HIV in their blood.

“By helping our HIV-positive clients succeed in treating their HIV, we’re not only improving their health, but also reducing their likelihood of transmitting the virus,” said study co-investigator, Michael V. Discepola, M.A., director of the Stonewall Project at SFAF.

The next step following the findings of this research would be conducting a larger randomized controlled trial comparing abstinence-based and harm reduction approaches, added Carrico.

The research was funded by the California HIV/AIDS Research Program.

The AIDS Research Institute (ARI) at UCSF houses hundreds of scientists and dozens of programs throughout UCSF and affiliated labs and institutions, making ARI one of the largest AIDS research entities in the world.  UCSF ranks #1 among medical schools in the U.S. for its AIDS programs according to US News & World Report, as it has every year since the category was created in 2001. The UCSF School of Nursing is one of the only programs to provide nurse practitioners with specialty training in HIV/AIDS, and in 2013 it ranked #1 in NIH funding.