In a finding that directly contradicts the standard biological model of animal cell communication, UCSF scientists have discovered that typical cells in animals have the ability to transmit and receive biological signals by making physical contact with each other, even at long distance. 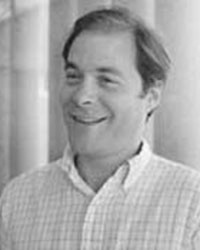 The mechanism is similar to the way neurons communicate with other cells, and contrasts the standard understanding that non-neuronal cells “basically spit out signaling proteins into extracellular fluid and hope they find the right target,” said senior investigator Thomas B. Kornberg, PhD, a professor of biochemistry with the UCSF Cardiovascular Research Institute.

The paper was published on January 2, 2014 in Science.

Working with living tissue from Drosophila – fruit flies – Kornberg and his team demonstrated that cells send out long, thin tubes of cytoplasm called cytonemes, which Kornberg said “can extend across the length of 50 or 100 cells” before touching the cells they are targeting. The point of contact between a cytoneme and its target cell acts as a communications bridge between the two cells.

“It’s long been known that neurons communicate in a similar way – by transferring signals at points of contact called synapses, and transmitting the response over long distances in long tubes called axons,” said Kornberg. “However, it’s always been thought that this mode of signaling was unique to neurons. We have now shown that many types of animal cells have the same ability to reach out and synapse with one another in order to communicate, using signaling proteins as units of information instead of the neurotransmitters and electrical impulses that neurons use.”

In fact, said Kornberg, “I would argue that the only strong experimental data that exists today for a mechanism by which these signaling proteins move from one cell to another is at these points of contact and via cytonemes.”

However, he noted, “There are 100 years worth of work and thousands of scientific papers in which it has been simply assumed that these proteins move from one cell to another by moving through extracellular fluid. So this is a fundamentally different way of considering how signaling goes on in tissues.”

Working with cells in the Drosophila wing that produce and send the signaling protein Decapentaplegic (Dpp), Kornberg and his team showed that Dpp transfers between cells at the sites where cytonemes form a connection, and that cytonemes are the conduits that move Dpp from cell to cell.

The scientists discovered that the sites of contact have characteristics of synapses formed by neurons. They demonstrated that in flies that had been genetically engineered to lack synapse-making proteins, cells are unable to form synapses or signal successfully.

“In the mutants, the signals that are normally taken up by target cells are not taken up, and signaling is prevented,” said Kornberg. “This demonstrates that physical contact is required for signal transfer, signal uptake and signaling.”

Kornberg said that a major reason that animal cell cytonemes had not been observed or studied previously is because these structures are too fragile to survive traditional laboratory methods of preparing cells for imaging. “During the last decade or so, though, there have been fantastic technical advances, including new techniques in genetic engineering, new microscopes that improve the resolution and sensitivity for imaging living cells and the development of fluorescent marker proteins that we can attach to proteins of interest.”

Using these new technologies, Kornberg and his team have captured vivid images, and even movies, of fluorescent signaling proteins moving through fluorescently marked cytonemes.

“We are not saying that cells always use cytonemes for signaling,” Kornberg cautioned. “Hormones, for example, are another method of long distance cell signaling. A cell that takes up insulin does not care where that insulin came from – a pancreas or an intravenous injection. But there are signals of a specialized type, such as those that pass between stem cells and the cells around them, or signals that determine tissue growth, patterning and function, where the identity of the communicating cells must be precisely defined. It’s important that these signals are received in the context of the cells that are making them.”

Kornberg noted that other research teams have made observations that suggest that cytoneme-based signaling may also occur “between stem cells and the cells that instruct them on what they are going to do and where they are going to go.” Cancer cells may also use this method to communicate with their neighbors, he said.

The discovery of animal cell cytonemes and the critical role they play in long distance signaling “opens up a wonderful biology of which we have very little understanding at this point,” said Kornberg. “For example, how do these cytonemes find their targets? How do they know when they have found them? These are some of the questions that we are pursuing.”

Co-authors of the study are Sougata Roy, PhD, Hai Huang, PhD and Songmei Liu of UCSF.