UC San Francisco is preparing for a one-day strike announced by the American Federation of State, County and Municipal Employees (AFSCME) workers for Wednesday, Nov. 20. 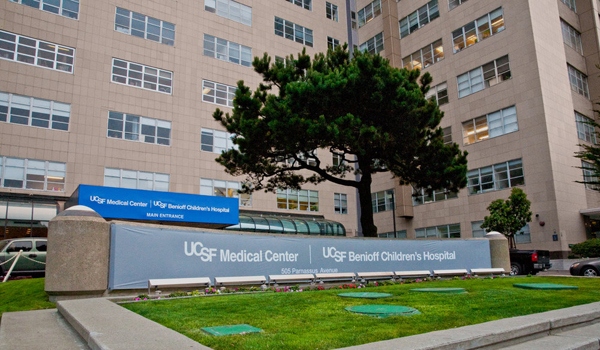 AFSCME, the union representing UC patient care technical (EX) and service (SX) employees, announced that it is asking its members to strike systemwide at UC medical centers and campuses on Nov. 20, 2013.

The University had received notice from the California Nurses Association (CNA) that the union intended to strike in sympathy with AFSCME, but UC and CNA reached a tentative agreement this past weekend on a four-year labor contract for UC’s more than 11,700 nurses and CNA agreed to rescind its strike notice. Read the news release.

“We deeply respect our employees and their right to representation, and have been working hard to resolve longstanding labor negotiation issues,” they said. “However, this is the second time in seven months that AFSCME leadership has asked its members to strike, putting patient care at the heart of a labor dispute. We are very disappointed that the union is using our patients as bargaining chips. A strike will cause significant disruption to UCSF operations, but it is our patients who would be hurt the most.”

Learn More About the Strike

At UCSF, a strike by AFSCME patient care and service workers could involve more than 3,000 campus and medical center employees, most of whom take care of patients and their families.

In anticipation of a strike, UCSF has been working to reduce the patient census. Additionally, several dozen surgeries and other treatments have been postponed, and, during the strike, some patients may not receive critically important procedures, such as chemotherapy and bone marrow transplants.

In addition, some outpatient sites and dental clinics will be closed and patient treatments have been rescheduled.

Other AFSCME employees that may strike are custodians, mail processors, shuttle bus drivers, food service workers, building maintenance workers, parking attendants and cooks. UCSF Transportation Services has posted a revised campus shuttle schedule for Nov. 20. The Farmer’s Market on the Parnassus campus will be cancelled on Nov. 20. Most Campus Life Services will operate as usual with the exception of facility services, which will prioritize cleaning to address the most critical areas, such as restrooms, labs and common spaces.

Working to Reach An Agreement

University leaders continue to look forward to going back to the bargaining table.

“We want to express our appreciation to all employees, including those represented by AFSCME and other unions,” Desmond-Hellmann and Laret said. “Each employee at UCSF contributes to some of the best patient care, education and research in the country and the world. We ask all employees to continue to place UCSF’s mission of improving health as a top priority, particularly the interests of our patients who entrust their lives to us every day.”

When she took office in late September, UC President Janet Napolitano invited local and national AFSCME leaders to meet with her. She listened to their concerns and emphasized that one of her top priorities was to get both sides back to the bargaining table and reach an agreement.

UC and AFSCME returned to the bargaining table for several days last week to continue negotiations regarding contracts for more than 21,000 patient care technical workers and service workers. The University showed flexibility and responsiveness to the union's concerns, proposing several packages that included significant movement on many of the key issues raised by the union, including wages, pensions and health care benefits. AFSCME rejected all of these offers.

“If the strike does occur, all UCSF employees – including represented employees – are still permitted to come to work, and we encourage you to do so in service to our patients and our community,” Desmond-Hellmann and Laret said. “We appeal to employees to continue to put the interests of our patients – the people who entrust their lives and their wellbeing to us – as the first priority.”