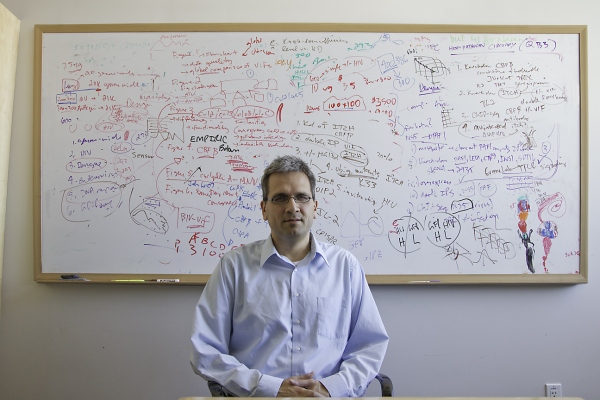 Krogan, a professor of cellular and molecular pharmacology and an investigator at the J. David Gladstone Institutes who came to UCSF in 2006 as a Sandler Fellow, is known for his prolific research into developing and using systems biology approaches to help understand complex biological phenomena. 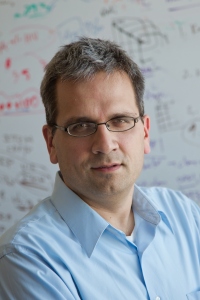 In his new role, which began in July 2013, Krogan will help enable the research of UCSF investigators directly affiliated with QB3, and bring approaches and technologies from the physical and quantitative sciences and engineering within reach of the entire UCSF community. He will report to UCSF Vice Chancellor for Research Keith Yamamoto, PhD, and Regis Kelly, PhD, director of the entire QB3 consortium, while working in conjunction with faculty and trainees at QB3’s three campuses: UCSF, UC Berkeley and UC Santa Cruz.

“Promoting collaboration is absolutely critical in this role, and there are few scientists more collaborative than Nevan,” Yamamoto said. “In following the excellent efforts of the previous director, Brian Shoichet, Nevan has laid out an exciting and ambitious scientific agenda to develop and exploit new experimental and computational technologies to identify and understand the components of the governing circuitry, the logic systems, within and between cells.”

QB3 was founded in 2000 by former Governor Gray Davis as one of four California Institutes for Science and Innovation that would support UC science and help translate it into economic activity and public benefit for the state of California. QB3, which now has 238 affiliated faculty members on three campuses, is the only institute focused on the quantitative biosciences. At UCSF, headquarters for QB3, 84 faculty are affiliates from the schools of medicine and pharmacy.

Learn more about the California Institute for Quantitative Biosciences

“Biological research is undergoing a revolutionary transformation, from a primarily descriptive to a predominantly quantitative discipline,” Krogan said. “QB3-UCSF is at the forefront of that revolution, from establishing innovative concepts and strategies to developing experimental and computational technologies.”

Krogan said one of his major goals is to share these strategies and tools in an integrated way, to collaborate on specific problems of interest to UCSF researchers in “every research campus, institute, center and department of our community.” These efforts will extend from the most fundamental questions to areas of direct application, including neurological disease, cancer, infection and immune surveillance, he said, and could provide valuable leads for new ways to diagnose and treat disease.

QB3-UCSF researchers are leaders across a range of research approaches and expertise that are defining new modes of detection and analysis in biology, from the single molecule or organelle to the system scale. They also are creating new computational tools to better understand those systems and model specific circuitry within and between cells. Ultimately, those have the potential to enable us to understand every component of a given biological system and how those components interact, Krogan said, as well as how to disrupt or enhance cellular machines and pathways.

“QB3 has been very lucky to have superb scientists as campus directors since its inception,” said Kelly, who leads QB3 from its headquarters on the UCSF Mission Bay campus. “Nevan continues that tradition and so he will be welcomed by his fellow directors, Dr. Susan Marqusee of Berkeley and Dr. David Haussler of UCSC, on the QB3 Executive Committee.

“Nevan’s approaches, technologies and commitment to collaboration will be of immense value not just to UCSF,” he said, “but to scientists throughout the QB3 consortium.”