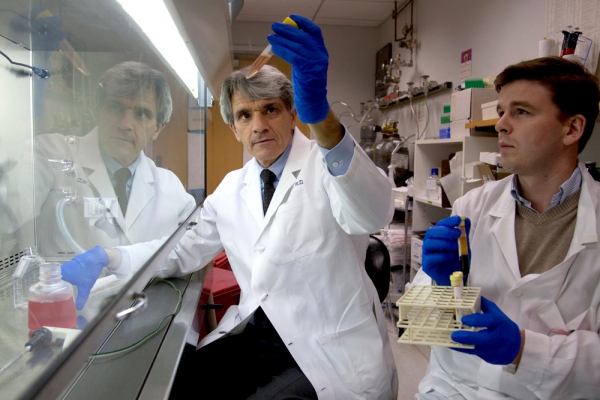 The award is given every two years to recognize lifetime achievement for improving the treatment and understanding of the central nervous system disease, which affects an estimated 2 million people around the world. 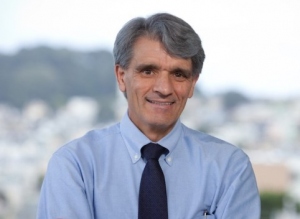 Hauser is the Robert A. Fishman Distinguished Professor and the chair of the Department of Neurology at UCSF. With his colleagues on campus and at institutions around the world, Hauser has been at the forefront of clinical and laboratory research devoted to the disease for the last few decades, pioneering studies that have deciphered the genetic basis and autoimmune etiology of the disease.

“Three decades ago, when I first began to see patients with MS, we understood so little about this cruel and increasingly common disease, but since then the field has been transformed, and today progress is accelerating at an amazing pace,” Hauser said.

“Despite this progress, much more needs to be done,” he added. “My many colleagues at UCSF who are dedicated to patient care and research against multiple sclerosis share this common goal: to eradicate the disease in our lifetimes."

Several years ago, Hauser established the first national DNA repository for multiple sclerosis and was a founding member of the International Multiple Sclerosis Genetics Consortium – a collaboration that has uncovered dozens of human genes and genetic loci that contribute to multiple sclerosis risk.

Awarded by the Multiple Sclerosis International Federation since 1969, the Charcot Award is named after Jean Martin Charcot, who was born in Paris, France in 1825 and is considered to be the founder of modern neurology. In 1868, as professor of neurology at the University of Paris, he made the first diagnosis of multiple sclerosis using a clinical-pathological definition that is still used today.

The 2013 prize will be presented to Stephen Hauser at the annual European Committee for Treatment and Research in Multiple Sclerosis meeting to be held in Copenhagen, Denmark, where he will deliver the Charcot lecture in October.

He has also spearheaded research into the dominant role played by the human immune system in multiple sclerosis – particularly uncovering the role of “B cells” and how the antibodies they produce contribute to multiple sclerosis attacks.

This work led directly to the discovery of a new therapy for multiple sclerosis, which is based on a biological molecule known as an antibody that targets a component of the human immune system known as CD20. Hauser is also leading Phase 3 clinical trials with a humanized version of this CD20-targeting antibody, called ocrelizumab, to determine how effectively it treats relapsing remitting multiple sclerosis in a large patient population at more than 200 medical centers around the world, including UCSF.

University College London professor Alan Thompson, chair of the international panel of distinguished clinicians and scientists who awarded the Charcot prize, remarked that it was Hauser’s excellent leadership in both the clinic and the lab that led to his selection.

“Professor Hauser is an inspirational leader and role model for academic neurology and MS in particular,” Thompson said. “His personal contribution to the field of MS has been extraordinary both in moving forward our understanding of the genetic contribution to the causation of the condition and the development of effective treatments.”

Hauser added that “our challenge now is to develop more effective and safer therapies, repair damage, and even prevent MS before it begins. UCSF's new neuroscience facilities at Mission Bay – dedicated to patient care and research against multiple sclerosis – place us in a magnificent position to complete the mission.”

For more than two decades, he has led UCSF’s Department of Neurology as chairman, and in this role has trained and inspired an entire generation of young neurologists. He has chaired numerous committees of the Institute of Medicine and is currently serving on the Commission for the Study of Bioethical Issues, charged with advising President Barack Obama on issues that may emerge from advances in biomedicine and related areas of science and technology.

Hauser is a past president of the American Neurological Association, has been an editor of several prestigious journals, notably the Annals of Neurology.