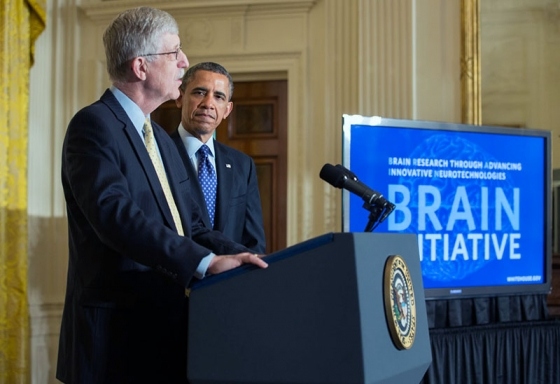 President Barack Obama on April 2 unveiled a $100 million public-private initiative to map the brain to gain greater insight on how we think, learn and remember and to better understand and treat diseases ranging from autism to schizophrenia.

Calling the plan “bold” and “audacious,” Francis Collins, MD, PhD, director of the National Institutes of Health (NIH), said BRAIN, an acronym for Brain Research through Advancing Innovative Neurotechnologies, will bring together experts from industry, academia and federal agencies in neurotechnology, neurosciences and neurology to unlock the mysteries of the brain. The team will be led by Cornelia "Cori" Bargmann, PhD, a former UCSF professor who moved to Rockefeller University in 2004, and William Newsome, PhD, of Stanford University.

"We have a chance to improve the lives of not just millions, but billions of people on this planet through the research that’s done in this BRAIN Initiative alone," said President Obama. "But it’s going to require a serious effort, a sustained effort. And it’s going to require us as a country to embody and embrace that spirit of discovery that is what made America, America."

Keith Yamamoto, PhD, vice chancellor for research, who also witnessed the historic event at the White House, said UCSF faculty have been involved in some early discussions within the University about the brain initiative. If it is successful, Yamamoto said, “it will inspire a broad sweep of scientists and engineers; and it will generate new knowledge and technologies that contribute far beyond neuroscience.”

In recent years, UCSF has made significant efforts to bring together clinicians, clinician-researchers and basic scientists to accelerate advances against such disorders as Alzheimer’s disease, Parkinson’s disease, multiple sclerosis, stroke, migraine, epilepsy, autism, mental retardation and cerebral palsy. The opening of the Sandler Neuroscience Center, adjacent to the Arthur and Toni Rembe Rock Hall neuroscience building, together constitute more than 400,000 square feet dedicated to studying these extremely complex, challenging diseases and represents a milestone in the evolution of UCSF’s world-class neuroscience enterprise.

“With our remarkable spectrum of superb basic, clinical and population research and patient care, UCSF is ideally positioned to contribute to the BRAIN Initiative,” Yamamoto said. 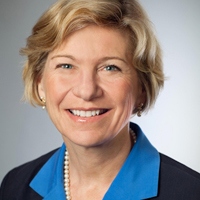 The brain mapping project is the brainchild of six scientists, including two from UC Berkeley and UC San Diego, who proposed the effort in the June 2012 issue of Neuron.

“To succeed, the [project] needs two critical components: strong leadership from funding agencies and scientific administrators, and the recruitment of a large coalition of interdisciplinary scientists,” the scientists wrote. “We believe that neuroscience is ready for a large-scale functional mapping of the entire brain circuitry, and that such mapping will directly address the emergent level of function, shining much-needed light into the ‘impenetrable jungles’ of the brain.”

The brain initiative is expected to be modeled after the $3.8 billion Human Genome Project, a 13-year effort that generated nearly $800 billion in economic activity and uncovered a wealth of data now being used worldwide in biomedical research. 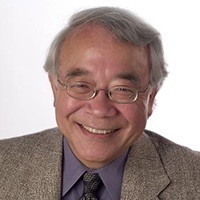 As of 2012, thousands of human genomes have been completely sequenced, and many more have been mapped at lower levels of resolution. Scientists expect the genomic studies will lead to new insights into many fields of biology and advances in the diagnosis and treatment of diseases.

Like data from the Human Genome Project, data from the brain mapping initiative would inform both laboratory research and clinical care, and ultimately lead to better and more personal and predictive care. This emerging field, aimed at revolutionizing health care, is called precision medicine. UCSF is convening a two-day summit of 150 thought leaders, including NIH Director Collins, to advance precision medicine.

Philip Sabes, PhD, an associate professor of physiology at UCSF, explained the significance of this effort. “Our brains rely on complex circuits of many brain areas in order to accomplish even the simplest tasks. The goals of this project are critical for understanding how these different brain areas work together to create perception and behavior, how these circuits fail in disease, and how we can repair them.”

Sabes said the brain mapping project consists of three main goals: “to develop techniques for recording or imaging large-scale patterns of activity in the brain, to develop new computational and theoretical tools to understand these patterns, and to develop tools for manipulating these activity patterns, both to causally test the models that emerge from the project and to repair dysfunctional brain circuits. These goals address the central outstanding challenges in systems neuroscience, and it is fantastic that the President is launching an initiative to accomplish them.”

Sabes' lab is mapping neurons and neuron circuitry during movement with the hope that one day he will be able to print this information back into the brain. If feasible, such therapy could offer new hope to stroke victims whose brains are unable to recover on their own. Sabes described his research in a UCSF video.

For years, physicians have had a rough map of the brain, but never to the degree that they could operate on a patient and know for sure how to avoid every critical portion since each person’s brain is unique. This fact, combined with the sheer complexity of the brain, has challenged neurosurgeons for years. Through groundbreaking research pioneered at UCSF, an advanced brain mapping technique has enabled neurosurgeons including Mitchel Berger, MD, to remove as much of a brain tumor as possible while minimizing the impact on the crucial areas of the brain that control movement, speech and the senses.

Berger, chair of the neurological surgery department at UCSF and director of the Brain Tumor Research Center who specializes in treating brain tumors in adults and epilepsy related to brain tumors, is looking forward to the findings that the brain mapping inititiave will bring.

“Brain mapping will enable clinicians and scientists to understand the connectivity of critical brain regions and how they work together to create the functions that are so distinct to humans,” Berger said. “We have realized for years that the brain is able to rewire itself, i.e., plasticity after injury or disease affects a given region of brain function. This effort will allow us to better understand how plasticity occurs and what we can do to promote it to restore lost function.”

And while advanced imaging has shed new light on the brain landscape, more must be done to uncover the function of each region, Berger said.

“Imaging will help us understand connectivity, but it will only come through direct mapping of brain function during various neurosurgical procedures to confirm that what we do image is a real circuit and part of a connectivity map,” he said.

The concept for the brain mapping project began two years ago with a group of six scientists from several universities and laboratories:  A. Paul Alivisatos; Miyoung Chun, George M. Church; Ralph J. Greenspan; Michael L. Roukes and Rafael Yuste. They published their concept in Neuron, “The Brain Activity Map Project and the Challenge of Functional Connectomics”  in June 2012.

“The ultimate goal of this project is to construct the functional connectome map of the human brain, by assembling a coordinated network of researchers deploying next-generation nanotechnological tools with unprecedented capabilities,” they wrote in a white paper. “Mapping the functional connectome will unravel the fundamental, long-sought paradigms of how the brain computes. Together with these new technologies, this will enable accurate diagnosing, and restoring, of normal patterns of activity to injured or diseased brains; will foster the development of broader biomedical and environmental applications; and will produce a host of associated economic benefits.”