The California Institute for Regenerative Medicine (CIRM) has awarded $12 million in stem cell research grants to fund four projects at UCSF, part of a total $36 million in new awards to young researchers announced by the state agency.

Two of the UCSF research projects – led by Ann Capela Zovein, MD, and Tippi MacKenzie, MD – focus on the blood; one led by Jason Pomerantz, MD focuses on muscle; and one led by Ophir Klein, MD, PhD, on the intestines. All are aimed at finding better ways to regenerate healthy tissue.

The funding is intended to support the career development of promising physician-scientists, whom CIRM described in a recent press statement announcing the awards as “a group with one foot in the lab and one foot in the clinic that are believed to be best at advancing therapies to clinical use.” 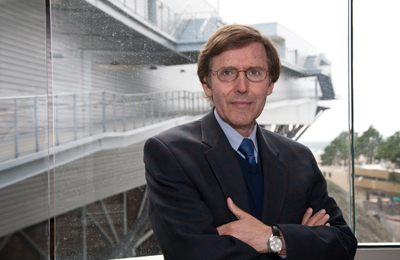 “This award helps physician-scientists in the critical early stages of their careers, providing them salary and research support for up to five years,” said CIRM President Alan Trounson, PhD. “Without that support, many might not be able to establish an effective research career in science. With this support, we are hoping to create a whole new group of world-class researchers in California.”

Arnold Kriegstein, MD, PhD, a professor of neurology and director of the Eli and Edythe Broad Center of Regeneration Medicine and Stem Cell Research at UCSF, said: “CIRM wants to make a legacy that will carry on beyond the current term of grants, and that will attract and grow faculty who will remain productive in the stem cell arena for the foreseeable future. It’s an investment not only in the short term research, but also in the long-term career development of the researchers.”

The success of UCSF junior faculty members in the award competition, he said, “is a reflection of the talent of the young investigators we have attracted, and especially of the strength of our clinical scientists, who are critical to the goal of developing cell-based therapies.”

Hematopoietic Stem Cells Off the Shelf

There already is a stem cell treatment that has been used successfully to save lives for decades — the bone marrow transplant. Its success depends on the presence of stem cells in the bone marrow that give rise to all the cells of the blood and immune system. 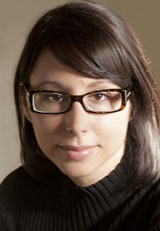 More precisely called hematopoietic stem cells (HSCs), the transplanted cells come from the bone marrow of immunologically matched donors. It can be difficult for a patient to find a good match; moreover, the transplant does not always engraft, and the amount of cells available for transplant may be less than desired for best results. In recent years, umbilical cord blood has provided an alternative source of hematopoietic stem cells for transplantation, with better engraftment. However, multiple cord donors are needed to obtain enough cells, possibly increasing the risk of rejection.

Zovein, an assistant professor with UCSF’s Cardiovascular Research Institute and the recipient of a $3.08 million CIRM grant, wants to find a way to create banks of patient-matched blood for transplantation that would make bone marrow donation obsolete. She will identify molecules that play a role in enabling embryonic blood vessels to give rise to HSCs, to learn how to reprogram adult blood vessels to become like these HSC-generating embryonic blood vessels.

With a $2.7-million award, fetal surgeon MacKenzie aims to correct prenatally diagnosed stem cell disorders, such as sickle cell disease or thalassemia, before the child is even born. The advantage to acting during this early window is that the immature fetal immune system may accept transplanted cells without needing to be held in check by immunosuppressive drugs to prevent rejection, and the transplanted cells would be expected to move and grow as they normally would in the course of development.

MacKenzie will work with specific embryonic stem cells that may be well suited to spin off blood cells in the fetus, and she will try to determine how fetuses become tolerant to transplanted tissue, all with the hope of improving the success of transplantation.

Repair of Muscle Injuries May Be on the Horizon

Human skeletal muscle contains stem cells, but even so, severed muscles do not repair themselves. Muscle injuries are a common occurrence among military combatants, and also among those in other walks of life. 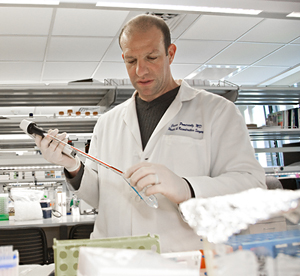 Pomerantz, a craniofacial plastic surgeon with the Craniofacial and Mesenchymal Biology program – a joint venture of UCSF’s schools of dentistry and medicine – will use a $3.08 million CIRM grant to try to make human muscle stem cells a usable clinical tool. Pomerantz wants to identify the best muscles from which to harvest muscle stem cells, to develop techniques for transplanting them, and to test transplantation in animal models of muscle diseases.

Pomerantz said he expects the work to lead directly to localized muscle stem cell transplants to treat degenerative and disabling muscle diseases that affect small but critical muscles. These include facial paralysis, loss of hand function, and conditions that affect eye muscles and cause vision loss.

The major inflammatory bowel diseases – Crohn’s disease and ulcerative colitis – afflict millions of adults and children and are characterized by inflammation of the intestines and damage to the barrier separating the intestines from other tissues. These diseases can cause growth impairment, intestinal failure, malnutrition and cancer. 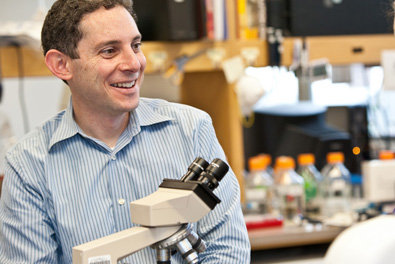 With a $3.08 million grant, Klein – an assistant professor with the departments of Orofacial Sciences and Pediatrics – will develop and test in an animal model a stem cell therapy for inflammatory bowel disease, which currently is treated by drugs that suppress or otherwise manipulate the immune system. These current treatments can have major side effects.

Klein will spur human embryonic stem cells to become structures, called “organoids,” formed from intestinal cells; confirm that these organoids can become engrafted into the intestine; and evaluate the function of the organoids as a treatment for inflammatory bowel disease.

CIRM was established in November 2004 with the passage of Proposition 71, the California Stem Cell Research and Cures Act. The statewide ballot measure provided $3 billion in funding for stem cell research at universities and research institutions.