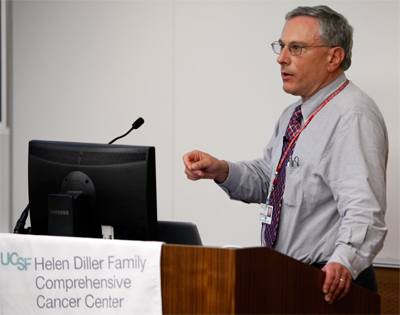 Precision medicine and cancer genetics were among the topics discussed during 11 breakout sessions guided by 30 UCSF faculty members at the Nov. 7 showcase for the UCSF Helen Diller Family Comprehensive Cancer Center.

Eric Collisson, MD, an assistant professor with the Division of Hematology and Oncology, and Barry Taylor, PhD, an assistant professor in the Department of Epidemiology and Biostatistics, led a session called “Drugs and Genomes: How Precision Medicine is Revolutionizing Oncology.” They noted that while technology is making it trivial to sequence vast amounts of DNA, the challenge emerging now is how to best use the information to direct treatment and improve patient care.

Taylor, a bioinformatics expert, was recently part of a research team that went deep into genomic data to identify genetic mutations behind one bladder cancer patient’s remarkable response to an experimental drug that failed for other patients. This type of information obtained from research can increasingly be used to identify subsets of patients who might benefit from specific treatments, Taylor said. 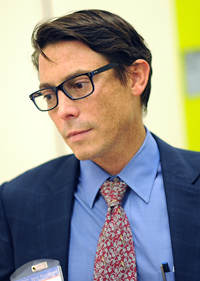 However, researchers now are tackling the challenge of how to make genomic data on cancer available within the far-flung research community so that such discoveries can be made more easily — while at the same time guarding patient privacy.

Cost also remains a factor, Taylor and Collisson said, with the expense of maintaining the servers that contain the data becoming a significant factor to consider. In addition, gene patent rights are being challenged in court, and the environment for intellectual property related to genomic testing may influence which kinds of tests become available and at what cost.

While the same mutations may occur in different types of cancer and sometimes can be successfully targeted by the same drugs, other genetic factors play a role and contribute to the great complexity involved in sorting out relationships that matter in describing tumors and identifying the best treatments for them. 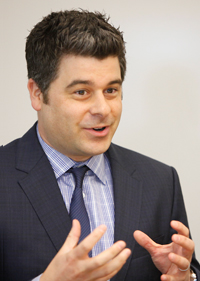 Inheritance plays a role, as do the patterns of gene activation in normal and abnormal tissues — and the activity of genes in turn may be affected by variations in the environment in which a tumor is growing. There is a tremendous amount of data that may be collected and analyzed in an effort to identify important associations.

“Not all mutations are built equally; it’s the context of the mutation that is most important, and that’s what we’re working on,” Collisson said.

Cancer Survival Rates Will Be Boosted by Drug Development

Inheriting a bad copy of a gene increases the risk for cancers developing when additional mutations arise during a lifetime.

“Inheriting a defective gene is like flying an airplane without a co-pilot,” Nussbaum said. “If you lose the pilot, there is no one left to fly the plane.”

UCSF, through it’s Cancer Risk Program, has been an early leader in counseling families with hereditary cancers, including those caused by BRCA gene mutations that are most commonly associated with breast and ovarian cancers.

Although hereditary cancers often strike at an early age and devastate families, only a minority of cancers have such a strong hereditary component, Nussbaum said. Advances in genomics that make it faster and cheaper to probe tumor DNA are expected to make it easier to identify additional causes of hereditary cancer.