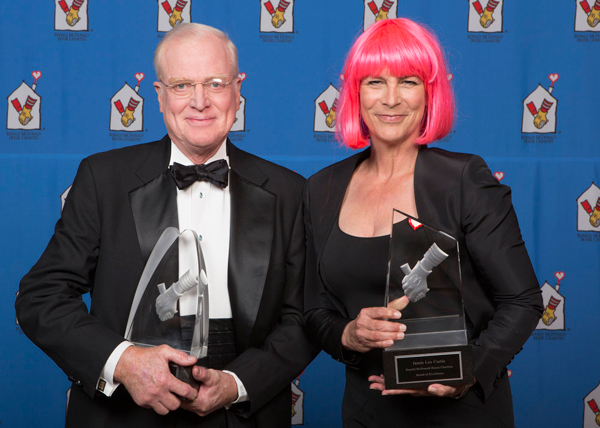 Michael R. Harrison, MD, founder and director emeritus of the Fetal Treatment Center at the UCSF Benioff Children’s Hospital, was recognized last week for his contributions to life-saving fetal surgery with the Ronald McDonald House Charities Medical Award of Excellence.

Harrison, director of the UCSF Pediatric Device Consortium, joins an exclusive group of notable physicians, philanthropists, celebrities, business executives and professional athletes who have made outstanding contributions to improve the health and well-being of children.

Harrison, often lauded as the “Father of Fetal Surgery,” is internationally renowned for his expertise and innovation in pediatric and fetal surgery. He focused on a number of life-threatening fetal abnormalities and developed techniques for both in utero open fetal surgery and endoscopic surgical repair. Harrison and his team also have developed in utero stem cell transplantation to treat immunodeficiencies, enzyme deficiencies and hemoglobinopathies.

The Fetal Treatment Center at UCSF Benioff Children’s Hospital is a world leader in diagnosing and treating birth defects before delivery. Under Harrison's leadership, UCSF was the first in the world to successfully perform open fetal surgery in 1981.

Reflecting on his work and experience, Nancy Ascher, MD, PhD, chair of the UCSF Department of Surgery, attributed Harrison’s efforts to helping create a new field in medicine. “He literally developed the techniques that allowed us to look inside ... and let us diagnose what was wrong, so that we could treat babies who had a variety of congenital defects,” said Ascher in a video shown during the Oct. 27 award ceremony in Chicago. “He literally, single handedly, invented the field.”

In the mid-90s, Kristin Garcia of Brentwood, Calif., was the first patient to undergo a fetoscopy – the fetus is accessed endoscopically, eliminating the need for open surgery – using a tool developed by Harrison and his team called a fetal bronchoscopy. Kristin’s unborn baby was diagnosed with congenital diaphragmatic hernia, a life-threatening condition in which there is an abnormal opening in the diaphragm. 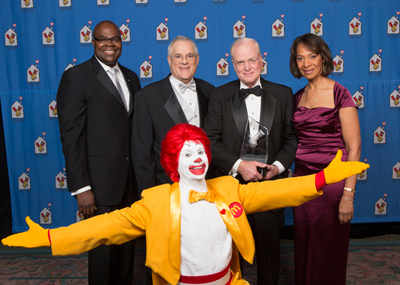 With the fetus at 26 weeks old, the never-performed surgery was a success, helping to evolve this treatment as a standard protocol around the world. Today, Kristin’s daughter, Analisa Amen, is now 13 and thriving as a normal teenager. “I thank Dr. Harrison everyday for giving me my daughter. Without him, we wouldn’t have her. He is just amazing,” said Garcia, who also participated in the video.

Harrison helped lead a major eight-year trial that could help transform treatment for babies with the birth defect, spina bifida. According to the findings, babies who undergo an operation to repair spina bifida while still in the womb develop better and experience fewer neurologic complications than babies who have corrective surgery after birth. The trial was stopped early because it was so successful.

Harrison is one of the original founders of the International Fetal Medicine and Surgery Society (IFMSS) and has trained 74 postdoctoral fellows, which has led to saving thousands of children's lives with surgical procedures before birth.

One of those solutions is the Magnetic Mini-Mover used to correct pectus excavatum, or sunken chest, a chest wall deformity in children. The Mini-Mover slowly reconfigures the child’s chest using two rare earth magnets, similar in concept to orthodontics. One of the magnets is surgically implanted on the sternum and the other worn externally in a chest brace. The procedure is notably less invasive and less painful than the current standard operation.

Helping More Children and Their Families

Ronald McDonald House Charities is a non-profit corporation which creates, finds and supports programs that directly improve the health and well-being of children. It has a global network of local chapters in 57 countries and regions, including one in San Francisco where some of Harrison’s former patients have resided during treatment. 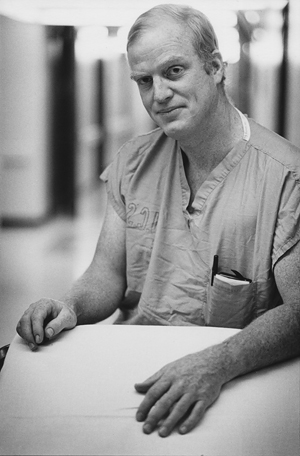 “We rely on strong partnerships with the medical community to help improve the outcomes of children around the world,” said Marty Coyne, president and CEO of RMHC. “We are thrilled to recognize Dr. Harrison for his amazing contributions in the practice of fetal surgery and critical care of children worldwide.”

This year’s 28th annual event presented three Awards of Excellence including Harrison; actress and best- selling children’s book author Jaime Lee Curtis; and CEO and chairman of the board of Directors of Arcos Dorados Woods Stanton.

Additionally, a grant of $100,000 was awarded in honor of each recipient to nonprofit organizations selected by the awardees. Harrison chose the Mill Valley-based Kids ‘n’ Moms Foundation, which he founded in 1993 to support the work of the UCSF Fetal Treatment Center. The foundation provides financial support to families who are confronted with the problem of a birth defect in their unborn child.