The number of people affected by dementias continues to climb as baby boomers age, increasing the urgency to identify ways to prevent, diagnose and treat these neurodegenerative brain disorders.

Today it is possible to diagnose dementias more accurately than ever before, thanks to improvements in behavioral assessment tools, imaging techniques, gene testing and data collection and analysis, according to Bruce L. Miller, MD, a behavioral neurologist and professor of neurology at UCSF. 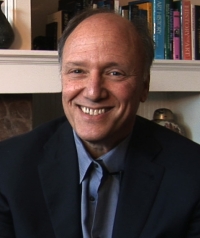 Miller, who came to UCSF in 1998 and directs the UCSF Memory and Aging Center, described recent advances during the lecture he gave at UCSF Mission Bay on Oct. 15 as part of receiving the Academic Senate’s 12th Annual Faculty Research Lectureship in Clinical Science.

The ability to diagnose different types of dementias accurately and to distinguish among the biological factors that cause them will become increasingly important as treatments become more promising and better targeted, Miller said.

Despite continued improvements in the tools available to physicians for diagnosing dementias, a common neurodegenerative disease known as frontotemporal dementia (FTD) remains understudied and is very often misdiagnosed, Miller said. For reasons that are in part historical, FTD still is thought of as a rare disease, a misconception that greatly contributes to its being underdiagnosed, he said. While Alzheimer’s disease is the most common dementia overall, among the population aged 65 and younger, FTD is just as common, according to Miller.

Researchers at UCSF are using imaging and analysis of imaging data sets from affected and unaffected individuals to improve the diagnosis of FTD and other dementias. The neurodegeneration caused by FTD begins and spreads in distinctive spatial patterns. In fact, researchers are discovering, specific behaviors associated with the disease are associated with neurodegeneration in specific areas in the frontal and temporal lobes of the brain.

Using refined imaging techniques in clinical trials will allow researchers to more quickly and accurately gauge whether experimental drugs are acting to slow or stop the progression of FTD, Miller said. Currently, there are no therapies approved by the U.S. Food and Drug Administration for the treatment of the spectrum of FTD disorders. Some drugs used to treat Alzheimer’s symptoms, such as Aricept, can worsen behavioral symptoms in many FTD patients, Miller said.

While Alzheimer’s disease most often is associated with loss of memory, changes in behavior and personality are hallmarks of FTD.

There are several variants of FTD. In the most common form – the behavioral variant – patients often lose empathy for others; lose normal inhibitions; suffer from poor judgment; become prone to addictions; exhibit compulsive behaviors; overeat; and often become apathetic. It most often begins in the right frontotemporal region. When FTD begins in the left frontal area, patients often lose the ability to speak or understand words, but do not exhibit abnormal social behaviors until the disease progresses. Some individuals with FTD that arises first on the left side of the brain develop new artistic abilities and interests.

FTD was first described in 1892, when it was called Pick’s disease, while Alzheimer’s disease actually was first described later, in 1906. The two types of dementia were understood to be distinct, based largely on anatomic studies of the brains of patients who had died. But in the 1970s, influential researchers published scientific papers aimed at increasing awareness of Alzheimer’s disease, and in so doing they presented a simple picture of dementia focused almost entirely on memory loss, Miller said.

“I think that set us back as much as it set us forward,” he said. “All of the rich complexity” of dementia began to be ignored, and the focus of the pharmaceutical industry shifted toward targeting — with little success — the beta-amyloid protein that clumps together to form plaques within the brain in Alzheimer’s disease.

Today scientists once again are interested in understanding variability among dementias on many levels. Many UCSF researchers are conducting functional magnetic resonance imaging studies of the brain and autopsy studies, as well as molecular studies of genetic mutations and their effects, to improve understanding of FTD in ways that may in the near future help neurologists to better predict disease progression and effects on patients.

Even among FTD patients, different parts of the brain’s frontal or temporal lobes may atrophy, leading to different behavioral symptoms.

“These are not random behaviors; they are behaviors that happen because certain brain regions are affected,” Miller said.

In his own research, Miller showed that the orbital frontal and anterior temporal regions of the brain are key to the ability to perceive emotions in others from facial expression and tone of voice. More recently UCSF Memory and Aging Center researcher Joshua Woolley, MD, PhD, identified a specific brain region in which degeneration is associated with compulsive overeating among FTD patients.

Memory and Aging Center neurologist William Seeley, MD, named a MacArthur Fellow in 2011, recently led studies aimed at predicting how common dementias, including Alzheimer’s and FTD, are likely to spread within the brain. Seeley and colleagues used information gathered on connectivity within nerve circuits in the normal brain, as well as data on neurodegeneration among patients, to predict that these neurodegenerative diseases are most likely to spread from their points of origin through connected nerve cells.

Miller also described several genetic mutations that point to proteins that might be targeted for treatment of certain forms of FTD or Alzheimer’s. The protein tau is widely observed to build up within brain neurons in FTD patients, and is detectable in many cases of Alzheimer’s, as well.

UCSF neurologists and researchers have been investigating a form of FTD associated with a rare mutation in tau, and they have discovered ways in which this mutated tau disrupts neurons grown in cell culture. Memory and Aging Clinic physicians are planning clinical trials to treat certain forms of FTD with an immune antibody that targets tau, Miller said.

UCSF neurologist Adam Boxer, MD, PhD, was part of a research team that discovered a mutation in a gene called C9ORF72that is relatively common in familial and sporadic forms of FTD and amyotrophic lateral sclerosis, also known as Lou Gehrig’s disease,another fatal neurodegenerative disorder. Researchers are exploring ways to turn off this mutation.

UCSF researchers and their collaborators at other academic medical centers also have been investigating mutations in a third gene, one that encodes a protein called progranulin, which is associated with specific forms of FTD. The mutations lower production of progranulin, and the researchers now have identified drugs approved for other purposes that increase progranulin levels in rodents with the mutation, which they hope to test soon in clinical trials.

“We are hoping that within the next decade we will have real cures for these diseases,” Miller said.

Since 2001, the Annual Faculty Research Lectureship in Clinical Science has been bestowed each year on a member of the UCSF faculty with outstanding achievements in clinical research. Nominations are made by UCSF faculty, who consider the clinical research contributions of their colleagues and submit nominations for the award to the Academic Senate Committee on Research, which selects the recipient.