Alzheimer’s disease and other forms of dementia may spread within nerve networks in the brain by moving directly between connected neurons, instead of in other ways proposed by scientists, such as by propagating in all directions, according to researchers who report the finding in the March 22 edition of the journal Neuron. 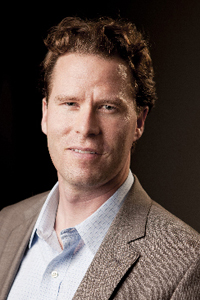 Led by neurologist and MacArthur Foundation “genius award” recipient William Seeley, MD, from the UCSF Memory and Aging Center, and post-doctoral fellow Helen Juan Zhou, PhD, now a faculty member at Duke-NUS Graduate Medical School in Singapore, the researchers concluded that a nerve region’s connectedness to a disease hot spot trumps overall connectedness, spatial proximity and loss of growth-factor support in predicting its vulnerability to the spread of disease in some of the most common forms of dementia, including Alzheimer’s disease.

The finding, based on new magnetic resonance imaging research (MRI), raises hopes that physicians may be able to use MRI to predict the course of dementias – depending on where within an affected network degenerative damage is first discovered – and that researchers may use these predicted outcomes to determine whether a new treatment is working. Network modeling combined with functional MRI might serve as an intermediate biomarker to gauge drug efficacy in clinical trials before behavioral changes become measurable, according to Seeley.

“Our next goal is to further develop methods to predict disease progression, using these models to create a template for how disease will progress in the brain of an affected individual,” Seeley said. “Already this work suggests that if we know the wiring diagram in a healthy brain, we can predict where the disease is going to go next. Once we can predict how the network will change over time we can predict how the patient’s behavior will change over time and we can monitor whether a potential therapy is working.”

The new evidence suggests that different kinds of dementias spread from neuron to neuron in similar ways, even though they act on different brain networks, according to Seeley. His previous work and earlier clinical and anatomical studies showed that the patterns of damage in the dementias are linked to particular networks of nerve cells, but until now scientists have found it difficult to evaluate in humans their ideas about how this neurodegeneration occurs.

In the current study, the researchers modeled not only the normal nerve network that can be affected by Alzheimer’s disease, but also those networks affected by frontotemporal dementia (FTD) and related disorders, a class of degenerative brain diseases identified by their devastating impact on social behaviors or language skills.

The scientists mapped brain connectedness in 12 healthy people. Then they used data from patients with the five different diseases to map and compare specific regions within the networks that are damaged by the different dementias.

“For each dementia, we looked at four ideas that scientists often bring up to explain how dementia might target brain networks,” Seeley said. “The different proposed mechanisms lead to different predictions about how a region’s place in the healthy network affects its vulnerability to disease.”

In the “nodal stress” hypothesis, small regions within the brain that serve as hubs to carry heavy signaling traffic would undergo wear and tear that gives rise to or worsens disease. In the “trophic failure” mechanism, breakdowns in connectivity would disrupt transport through the network of growth factors needed to maintain neurons. In the “shared vulnerability” mechanism, specific genes or proteins common to neurons in a network would make them more susceptible to disease. But predictions from the “trans-neuronal spread” mechanism model best fit the network connectivity maps constructed by the researchers.

“The trans-neuronal spread model predicts that the more closely connected a region is to the node of disease onset – which we call the epicenter – then the more vulnerable that region will be once the disease begins to spread,” Seeley said. “It’s as if the disease is emanating from a point of origin, but it can reach any given target faster if there is a stronger connection.”

The scientists tracked and analyzed linkages within nerve networks that the dementias target. They used a technique called functional connectivity MRI to measure and spatially represent activity in specific regions of key networks in the brains of the healthy subjects. The MRI readout allowed the researchers to model each region within the network as a distinct but interconnected node. They ranked the nodes that most consistently fired together as being the most closely connected.

Across the five diseases investigated in the study, trans-neuronal spread was the proposed mechanism for which the data best matched the predictions. Previous studies of animals and cells in the laboratory also support the idea that disease-related proteins can spread from an affected neuron to other neurons via intercellular connections.

For more than three decades researchers have been noticing that regions affected by Alzheimer’s disease are connected by axons that branch between and connect neurons, Seeley said. Trans-neuronal spread is a proven hallmark of certain rare neurodegenerative diseases – such as Creutzfeldt-Jakob disease – that are propagated by misfolded cell-surface proteins called prions, which induce neighboring proteins to change shape, aggregate and wreak havoc.

While Alzheimer’s disease and FTD are not considered infectious, abnormal protein structures also are implicated in these common dementias. Recent experiments in which researchers transplanted post-mortem, human brain extracts from dementia patients into genetically modified mice have resulted in disease, Seeley said, “But it is difficult to explore these ideas in humans, and we wanted to begin to bridge this knowledge gap.”

The findings of the UCSF researchers are reinforced by a study conducted independently and published in the same edition of the journal by a research team led by Ashish Raj, PhD, who was at San Francisco VA Medical Center (SFVAMC) and UCSF at the time of the study and is currently at Cornell University, and senior author Michael Weiner, MD, director of the SFVAMC Center for Imaging of Neurodegenerative Diseases. The scientists used another MRI technique, called diffusion tensor imaging, to examine connectedness in affected nerve networks, obtaining similar results.