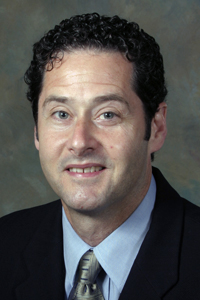 A new study that represents a significant first step in exploring the potential of stem cells to treat neurological disease is a “natural outgrowth” of a longstanding culture of interdisciplinary collaboration in UCSF neonatology — a culture that UCSF Benioff Children's Hospital physicians David Rowitch and Donna Ferriero work hard to advance.

Rowitch, MD, PhD, chief of neonatology at UCSF Benioff Children’s Hospital, led a Phase I clinical trial that found the first peer-reviewed evidence that transplanting neural stem cells into the brains of patients is safe, and that the cells engrafted and appear to produce myelin.

The study is just the latest in a number of collaborations led by Rowitch, also a UCSF professor of pediatrics and neurological surgery and a Howard Hughes Medical Institute Investigator, and Ferriero, MD, chair of pediatrics and physician-in-chief at UCSF Benioff Children’s Hospital and one of the leading neonatal neurologists in the United States..

The two partner on a number of interrelated enterprises centered on finding causes and developing new treatments for neurological injuries and illnesses in infants: the Newborn Brain Research Institute (NBRI), which Rowitch and Ferriero co-direct; the Neuro-Intensive Care Nursery, where many clinical research protocols developed at NBRI are carried out; the Neonatal Brain Disorders Lab, directed by Ferriero; and the Fetal Treatment Center, directed by Michael R. Harrison, MD, a pioneer in fetal surgery. 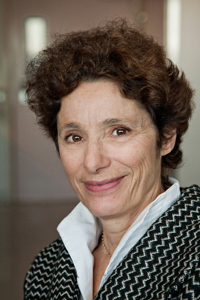 “Donna and David are a dream team,” said Sam Hawgood, MBBS, dean of the UCSF School of Medicine and vice chancellor for medical affairs. “Both have incredibly strong credentials in basic science, and both are superb clinicians. What they’ve done is created a new organizational paradigm to focus on the neurology of newborns.”

Ferriero cited the value of their teamwork.

“Our research has flourished because of collaboration, and ultimately, so has the care we provide as well,” Ferriero said, pointing to a slew of recent and ongoing research efforts in neonatal neurology:

Hawgood, who preceded Rowitch as neonatology chief, drew a parallel with the work of John Clements, MD, UCSF emeritus professor of pulmonary biology and pediatrics. Clements won the Lasker Award and Pollin Prize for his role in the discovery of pulmonary surfactant and its development as a therapy for premature babies with respiratory distress syndrome.

Clements’ research called for solving “immense technical problems,” such as how to measure blood pressure and blood gases in newborns and how to test very small volumes of blood. “The only way to address those problems was to revolutionize the way we thought about newborn medicine and reorganize the care of newborns,” Hawgood said.In the late 1950s and early 1960s, Clements “connected a basic science question — why don’t our lungs collapse when we breathe out — to a clinical problem: premature babies dying of collapsed lungs,” Hawgood said.

In response, UCSF established of one of the world’s first neonatal intensive care units in 1964.

“From that moment, we’ve seen it as our responsibility to answer questions, push the field along and look for innovation,” Hawgood said. “And that’s only going to happen if there’s a very tight working relationship between the researchers in the lab and the clinicians at the front line.”

Rowitch said the way to motivate such a talented and competitive group to collaborate is to “create opportunities with tangible goals and key infrastructure pieces to make it easier to realize those opportunities. And people get involved and make it their own.”

“Collaboration is the secret sauce of UCSF,” concluded Hawgood. “We are renowned for entrepreneurial individuals who strike off in completely new scientific directions, and somehow we have coupled that to a sense of tremendous intellectual generosity.

“People are not overly protective of their particular ideas,” he continued. “They are very open to having others come in and enhance the idea, think about where it might be applied, and then build the dynamic teams that need to come together to take these ideas, make a connection to a human disease, and look at how that connection can drive innovation in the clinical arena.”