New research from an international team of HIV/AIDS experts has reaffirmed the effectiveness of Truvada — the first and only medication approved by the FDA for HIV prevention.

Led by UCSF-affiliated Gladstone Investigator Robert Grant, MD, MPH, and Peter Anderson, PharmD, at the University of Colorado, the research provides the first estimate of the drug concentration levels needed for Truvada to prevent the spread of HIV/AIDS — expanding our understanding of Truvada’s potency and opening the door to new dosing strategies. 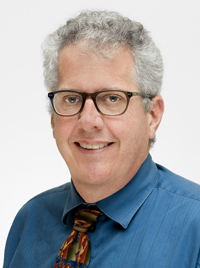 The new study, available online today in Science Translational Medicine, builds on the 2010 “iPrEx” clinical study in which Grant and his colleagues found that Truvada — which had been used for years to treat HIV-positive patients — could also prevent new infections in people likely to come in contact with the virus. But questions about the drug’s real-world effectiveness at preventing HIV transmission remained — particularly concerning the issue of adherence to a regimen of taking a pill every day.

“After the initial iPrEx study, there was concern that the protective effect of Truvada was fragile, and that individuals taking the drug would need to adhere perfectly to daily regimen for it to work,” said Grant, who is also a professor at the University of California, San Francisco (UCSF). “This new study suggests that Truvada can help block the virus even if the person on a daily regimen doesn’t always adhere perfectly.”

Perfect adherence to drug regimens is notoriously difficult for people to accomplish. But finding out whether patients are taking medications as prescribed is also challenging — they tend to over-report their adherence because they think that is what the clinicians want to hear. So the research team had to find a better way to calculate Truvada’s effectiveness while taking into account differing adherence levels.

“Surprisingly, we found that the iPrEx participants didn’t have to adhere perfectly to the drug regimen to reap Truvada’s benefits,” said Grant. “Even in those patients who didn't adhere perfectly, their risk of contracting HIV still dropped by more than 90 percent — offering a high level of protection against the virus.”

Traditionally, adherence to preventative drugs such as Truvada has been measured in qualitative terms, such as “adequate” or “perfect.” But this study is the first to establish an objective, quantitative method that estimates drug concentration levels and then correlates those levels with the drug’s effectiveness at preventing transmission. These results could open the door to the exploration of ways to optimize dosing — which would make it less costly, more convenient and more adaptable to people’s habits.

“Our immediate next step, however, is to take the methods we’ve developed and create simple yet powerful tools that can measure drug adherence to help doctors monitor how well Truvada is working in their patients,” said Anderson. “Yet until these and other efficacy studies of alternative dosing strategies have been completed, the only regimen that that should be used in clinical practice is the FDA-approved one Truvada each day.”

“Patients should still take one pill a day to achieve the best results, and we encourage people to explore multiple methods to prevent HIV — such as regular condom use, early treatment of HIV infection in partners, good communication and male circumcision,” Grant said. “We hope that our findings lead to more effective use of prevention tools that finally squash the HIV/AIDS epidemic.”

Senior Research Associate Vanessa MacMahan also participated in this research at Gladstone. Other research participants include UCSF Professor David Glidden, PhD, and San Francisco Department of Public Health Investigator Albert Liu, MD. The research was funded by the US National Institutes of Health with co-funding from the Bill and Melinda Gates Foundation.