A rare type of cancer thought to derive from cells in the bile ducts of the liver may actually develop when one type of liver cell morphs into a totally different type, a process scientists used to consider all but impossible.

UCSF researchers triggered this kind of cellular transformation — and caused tumors to form in mice — by activating just two genes. Their discovery suggests that drugs that are able to target those genes may provide a way to treat the deadly cancer, known as cholangiocarcinoma. It also shows, yet again, how the process of scientific discovery involves serendipity as well as skill.

The study appears as an advanced online publication July 16, 2012 in the Journal of Clinical Investigation and will appear later in the August print edition.

The two cell types, hepatocytes and biliary cells, exist side by side in the liver, but don’t normally change their “stripes” — their cellular function — let alone turn into each other. Scientists have therefore assumed that hepatocellular carcinomas, the most common kind of liver cancer, start in the hepatocytes and that cholangiocarcinomas, the bile duct cancers, start in the biliary cells.

Hepatocytes, which form the bulk of the liver, “are very good at making other hepatocytes,” said Holger Willenbring, PhD, an associate professor of surgery, a member of the Eli and Edythe Broad Center of Regeneration Medicine and Stem Cell Research at UCSF, and a senior author of the study. “They can divide many times but are restricted in the progeny they produce. They either produce more hepatocytes or, if something goes wrong, can cause hepatocellular carcinomas.”

The study started when Xin Chen, PhD, an assistant professor of bioengineering and therapeutic sciences and a senior author of the manuscript, tried to make something go wrong in the hepatocytes as a way to explore the origins of hepatocellular carcinoma. Chen and her group hoped to induce the cancer in mice by activating oncogenes, genes that trigger cancer.

Things did go awry in the hepatocytes — but not in the way the researchers expected. In specific conditions, mice developed cholangiocarcinoma instead of hepatocellular carcinoma. “We were very surprised,” Chen recalls. “How did that happen?”

The two scientists figured some of the genes they had activated might have reprogrammed the hepatocytes in a way that turned them into aberrant biliary cells, capable of forming tumors. Their chief suspects were two genes, NOTCH, which is known to be involved in the embryonic development of bile ducts, and AKT, which has been shown to play a role in many tumors.

The scientists used bits of bacterial DNA called plasmids as delivery vehicles to boost levels of NOTCH and AKT in the liver. Three-and-a-half weeks after injecting these plasmids into mice, small white growths appeared on the surface of their livers and, by five weeks, the tumors had spread through the liver. Now the scientists needed to trace the origins of these cancer cells. 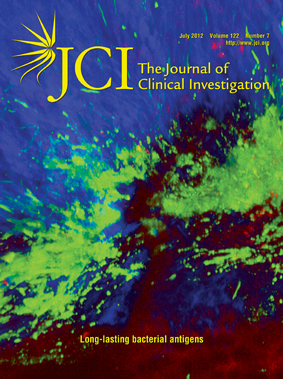 —Journal of Clinical Investigation—
Cholangiocarcinomas can originate from
hepatocytes in mice

Willenbring’s lab had previously developed a method for labeling mouse hepatocytes so that they, and any cell they turned into, would glow. They put this “hepatocyte fate-tracing” system to work and were able to show that the cancerous cells that formed bile duct tumors had in fact started out as hepatocytes.

For many years, scientists had believed that development of cells proceeded in one direction, moving step-by-step from primordial stem cells to fully differentiated adult cells. In recent years, researchers have shown that, by turning on certain genes, mature cells can go back in time to become stem cells or even move sideways to become other kinds of adult cell.

“This highlights how readily one cell can be converted into another and how cancer can do it for you very efficiently,” Willenbring said. “For us, it’s fairly shocking. It only took two oncogenes and it all happened in a few weeks.”

The findings also help explain another puzzle: why the incidence of bile duct cancer is higher in people with hepatitis. “Since hepatitis doesn’t do anything to biliary cells that didn’t quite make sense,” Willenbring said

Now there’s a new way to look at it, he suggests. As hepatocytes and their genomes become disarrayed by disease, Willenbring says, they may activate oncogenes in much the same way their experiment did, causing the cells to change identity and become cancerous.