In a groundbreaking study published last year, scientists reported that effective treatment with HIV medications not only restores health and prolongs life in many HIV-infected patients, but also curtails transmission to sexual partners up to ninety-seven percent. However, a new study by UCSF scientists shows that lack of basic living needs severely undercuts these advances in impoverished men.

The new research builds on a 2010 finding by the Centers for Disease Control and Prevention showing that poverty is the single biggest factor linked to HIV infection in heterosexuals living in inner-city neighborhoods. 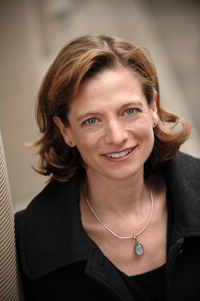 In the new study published in the April 25 issue of PLoS ONE, UCSF researchers found that for HIV-infected homeless and unstably housed individuals, a failure to address unmet subsistence needs such as housing, food, clothing and hygiene, undermines these very real individual and public health benefits of HIV medication delivery.

“In this study, we followed a group of homeless and unstably housed HIV-infected people living in San Francisco and found that only about a fifth of those for whom antiretroviral therapy was medically indicated were actually on the medications. More importantly, while viral load was one of the most important predictors of overall health, we found that an inability to meet basic subsistence needs had an even larger influence on health status in this population,” said the study’s principal investigator, Elise Riley, PhD, Associate Professor in the UCSF HIV/AIDS Division at San Francisco General Hospital and Trauma Center.

“This study shows that a simple focus on providing medications will neither effectively treat nor end HIV in inner cities.  A person’s ability to get needed care and take medications becomes less of a priority when they don’t have food or a place to sleep.  If we could improve opportunities for people to meet their basic subsistence needs, in tandem with providing antiretroviral therapy, we could improve patients’ health and better realize the potential gains to public health,” added Riley.

For six years, the researchers followed a group of 288 HIV-infected men who were recruited from homeless shelters, free meal programs and single room occupancy (SRO) hotels that primarily serve individuals with very low or no income.  Twenty percent had reported being homeless recently.  Over one-third of participants reported current symptoms of chronic illness.

At the study onset, participants had an average of 349 CD4 T-cells (the immune cells targeted and killed by HIV), which is not much higher than the cutoff of 200 often used to diagnose AIDS. While current treatment guidelines in the City and County of San Francisco indicate treatment upon HIV diagnosis, the policy active during the study period specified that individuals with less than 350 CD4 T-cells should start antiretroviral medications.

Results indicating that subsistence needs are the strongest predictor of overall health status among homeless men were consistent with findings from a recent homeless women’s study conducted by the same group and published earlier this year in the American Journal of Epidemiology.

“Previous cost effectiveness studies show that homelessness is more expensive to society than the cost of housing. This is due to situations that are strongly linked to homelessness like emergency room use and incarceration.  Our study suggests that the social barriers inherent in poverty are also likely to continue fueling the American HIV epidemic, which may further add to societal costs,” concluded Riley.

Study co-investigators include Torsten B. Neilands, Kelly Moore, Jennifer Cohen, David R. Bangsberg and Diane Havlir.  In addition to UCSF, authors of this study are affiliated with the Harvard School of Medicine and the University of California, Berkeley.

The study, funded by the National Institutes of Health, is online in PLoS ONE.

The UCSF HIV/AIDS Division at San Francisco General Hospital and Trauma Center is affiliated with the AIDS Research Institute (ARI) at UCSF.  UCSF ARI houses hundreds of scientists and dozens of programs throughout UCSF and affiliated labs and institutions, making ARI one of the largest AIDS research entities in the world.