You’re enjoying a quiet weekend at home when suddenly you double over in pain. You need emergency appendectomy surgery. How much should it cost? And how much price shopping are you able to do? 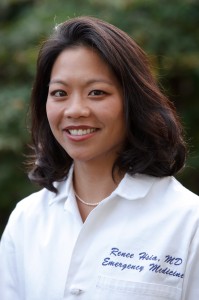 According to a provocative new UCSF analysis, patients are all too often left in the dark about how and what hospitals charge for their medical care — even in the face of a mounting push nationally for consumers to have a voice in how their health care dollars are spent.

The study looked at nearly 20,000 cases of routine appendicitis at 289 hospitals and medical centers throughout California. The patients — all adults — were admitted for three or fewer days.

The researchers uncovered an enormous discrepancy in what different hospitals charge, ranging from a low of $1,529 to a high of nearly $183,000. The median hospital charge was $33,611. The startling cost variation reveals a “broken system,’’ the authors said.

The article is published online this week in Archives of Internal Medicine.

"Consumers should have a reasonable idea of how much their medical care will cost, but both they and their health care providers are often unaware of the costs,’’ said lead author Renee Y. Hsia, MD, an assistant professor of emergency medicine at UCSF. She is also an attending physician in the emergency department at San Francisco General Hospital & Trauma Center.

“We talk about ‘consumer-driven health care’ and how patients should ‘shop’ for care,’’ Hsia said. “But right now, our system isn’t set up at all for allowing patients to act as consumers. It is nearly impossible — even for me, as someone who studies this — to predict what someone’s hospital bill will be. Our system doesn’t have a good way of regulating charges.’’

Society in general encourages the public to be savvy consumers, shopping around for the best values. But the health care industry is a unique one, the study’s scientists say, where traditional market principles do not apply. Patients — particularly those in pain and in need of swift treatment — are often in a poor position to gauge the appropriateness of their care, instead relying on the advice of medical professionals.

“Price shopping is improbable, if not impossible, because the services are complex, urgently needed, and no definitive diagnosis has yet been made,’’ the researchers wrote.

Moreover, even if patients had the time and expertise to price shop, hospitals charge inconsistent prices for seemingly similar services.

Much of the issue stems from the complex and often arcane practice of medical billings in which patients are not necessarily billed for their actual cost of care.

Insured patients “are shielded from charges, while the underinsured or uninsured see staggeringly high numbers without understanding what the charges mean, let alone if they are appropriate,’’ the authors said.

The researchers analyzed patients hospitalized for appendicitis in 2009. The patients were between the ages of 18 and 59, and were routinely discharged home.

Among the key findings:

Within San Francisco, there was an even larger difference of nearly $172,000 between the highest and lowest charges.

“One of the very basic functions of any health care system should be that getting sick doesn’t jeopardize you financially,’’ Hsia said. “But in America, that’s exactly what people are afraid of, and rightly so. Right now, the status quo is that no one knows what others charge, no one knows what others pay. We have a system that isn’t structured in the interest of the patient.’’

The study’s co-authors are Abbas H. Kothari, BA, of the UCSF School of Medicine; Tanja Srebotnjak, PhD, of the Ecologic Institute, a private, not-for-profit think tank; and Judith Maselli, a senior statistician in the UCSF Department of Medicine.