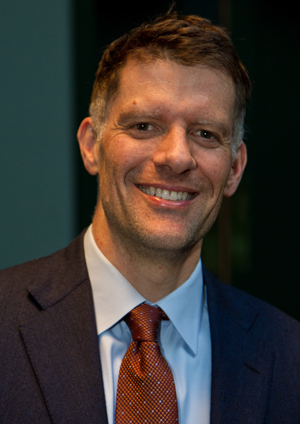 As described by the White House, “the Office of National AIDS Policy (ONAP) is part of the White House Domestic Policy Council and is tasked with coordinating the continuing efforts of the government to reduce the number of HIV infections across the United States. The Office emphasizes prevention through wide-ranging education initiatives and helps to coordinate the care and treatment of citizens with HIV/AIDS.”

“In light of the Centers’ for Disease Control alarming statistic that only about one in four Americans living with HIV has managed to achieve treatment success, Grant Colfax’s leadership in San Francisco developing pioneering programs that strive to address disparities in HIV prevention, testing, treatment and care, ideally equip him to assume the role of director of ONAP,” said Diane V. Havlir, MD, UCSF professor of medicine and chief of the UCSF HIV/AIDS Division at SFGH.

An important task for the new director will be continuing to implement the President’s National AIDS Strategy, which lists as its three primary goals: reducing HIV incidence (new infections), increasing access to care and optimizing health outcomes, and reducing HIV-related health disparities. Further, the U.S. Department of Health and Human Services is rolling out the “12 Cities Project,” which supports and accelerates comprehensive HIV/AIDS planning and cross-agency response in the 12 U.S. jurisdictions with the country’s highest AIDS rates. Finally, provisions of the Affordable Care Act are beginning to take effect, with various impacts on all patients, including individuals with HIV/AIDS.

“All of these initiatives have the potential to significantly impact the course of the HIV epidemic in America in a dramatic way,” said Paul Volberding, MD, professor of medicine and director of the AIDS Research Institute at UCSF. “The key lies in implementation and coordination, and Dr. Colfax is the right person in the right role at the right time.”

“At our clinic, where no one is turned away because of inability to pay, we have created an internationally recognized model of care that delivers a spectrum of services to ensure that patients have the best possible opportunity to succeed in surviving HIV infection,” Havlir said. “Grant’s direct experience with patients here at San Francisco General will help to ensure that as new initiatives are rolled out, they are implemented in a manner that serves all HIV patients, even those who are difficult to get into and retain in care.”

The UCSF HIV/AIDS Division at SFGH is affiliated with the AIDS Research Institute (ARI) at UCSF. UCSF ARI houses hundreds of scientists and dozens of programs throughout UCSF and affiliated labs and institutions, making ARI one of the largest AIDS research entities in the world.