Simultaneous targeting of two different molecules in cancer is an effective way to shrink tumors, block invasion, and stop metastasis, scientists at the University of California, San Francisco (UCSF) have found — work that may improve the effectiveness of combination treatments that include drugs like Avastin. 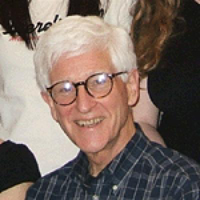 The two-target approach, tested in mice with a type of cancer known as neuroendocrine pancreatic tumors, may have broad application for treating a wide variety of cancers, the UCSF team said. The drugs used in the tests belong to classes of pharmaceuticals that are either on the market or under development in clinical trials.

Clinical trials also are already underway to gauge effectiveness of the approach in humans with prostate cancer, breast cancer, and other tumor types. The UCSF study, described in the journal Cancer Discovery this week, is the first to show how the drug combination works in the laboratory.

The results are promising, said Donald McDonald, MD, PhD, a member of the UCSF Helen Diller Family Comprehensive Cancer Center and the Cardiovascular Research Institute and professor of anatomy, who led the research.

In the study, treating mice with the dual-target approach turned aggressive tumors with invasive fingers penetrating surrounding tissues and many metastases into tiny balls with few or no metastases.

"It's the combination of approaches — there's a synergy between the two," McDonald said. "You add two and two, and you get 10."

The two targets are both proteins that scientists have known for years are involved in cancer. Both play important roles in malignant tumors.

The first, called c-MET, is involved in two processes associated with the most deadly cancers. A clinical marker of cancer aggressiveness, c-MET drives tumor invasion into surrounding tissues. It is also involved in metastasis — the spread of cancer cells to other parts of the body where they can establish new tumors.

The second target is a protein known as vascular endothelial cell growth factor (VEGF). VEGF is a protein that promotes the growth of new blood vessels. Growing tumors hijack this process to expand their network of blood vessels to provide nutrients. Drugs blocking VEGF have been developed based on the simple assumption that tumors cannot grow if you choke off their blood supply.

Drugs that target these molecules are in development, and a few are already on the market. The U.S. Food and Drug Administration (FDA) approved the first of these in 2004 to treat metastatic colon cancer. That drug, called Avastin, is manufactured by the South San Francisco-based company Genentech. Avastin was approved for metastatic breast cancer in 2008 under the FDA's accelerated approval program.

The FDA revoked approval of Avastin for breast cancer last year after further assessing the relative risks and benefits to women taking it. Blocking VEGF seemed to slow tumor growth for awhile, but the FDA determined that it did not significantly improve or extend the lives of most women taking it.

“It was not clear why some tumors responded and others did not. It was also unclear why some tumors would respond initially and then would stop responding,” said McDonald, who has studied blood vessels in tumors and the effect of cancer drugs for years in his UCSF laboratory.

Two years ago former UCSF professor Douglas Hanahan and colleagues found in laboratory experiments that Avastin-like drugs would shrink tumors but unexpectedly did something else as well. The drugs also morphed tumors from roundish blobs into highly irregular growths with tendrils that penetrated surrounding tissues and even spread to other organs — suggesting that the VEGF blockade could also make tumors more aggressive, invasive and metastatic.

McDonald’s group confirmed Hanahan’s findings and discovered that c-MET was involved. In their latest research, Barbara Sennino, PhD, with other investigators in his group set out to determine whether c-MET drove tumor aggressiveness during anti-VEGF therapy. What their paper shows is that blocking c-MET and VEGF together in mice is more powerful than blocking either alone because it not only slows tumor growth but also reduces invasion and metastasis.

They tested two inhibitors of VEGF—a neutralizing antibody and sunitinib — and three inhibitors of c-MET — crizotinib, PF-04217903, and cabozantinib (XL184). Unlike the other agents, cabozantinib simultaneously inhibits both c-MET and VEGF. Inhibition of c-MET and VEGF together with a drug combination or with cabozantinib had more profound effects on tumors than any of the agents that blocked only one of the targets.

These promising laboratory results still need more tests of safety and effectiveness in the clinic, McDonald said, and it may be a year or more before the drugs are routinely available to patients.