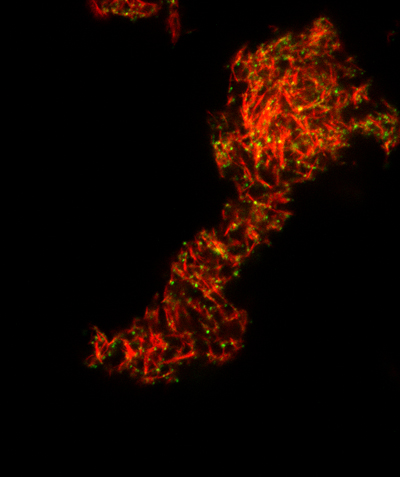 Scientists at the Gladstone Institutes have discovered new protein fragments in semen that enhance the ability of HIV, the virus that causes AIDS, to infect new cells—a discovery that one day could help curb the global spread of this deadly pathogen.

HIV/AIDS has killedmore than 25 million people around the world since first being identified some 30 years ago. In the United States alone, more than one million people live with HIV/AIDS at an annual cost of $34 billion.

Previously, scientists in Germany discovered that HIV transmission is linked to the presence of an amyloid fibril in semen. This fibril—a small, positively charged structure derived from a larger protein—promotes HIV infection by helping the virus find and attach to its target: CD4 T white blood cells. In tomorrow’s issue of Cell Host & Microbe, researchers in the laboratory of Warner C. Greene, MD, PhD, who directs virology and immunology research at Gladstone, describe a second type of fibril that also has this ability.

These findings may spur efforts to slow the spread of HIV/AIDS. Prevention has recently focused on microbicides; chemical gels that, when used by women during sexual intercourse, block HIV infection. But while early microbicides had some success—reducing infection by an average of 39%—more recent trials have failed and devising a truly potent microbicide remains a top priority.

“Today’s microbicides may be failing because, while they do target the virus itself, they don’t block the virus from interacting with the natural infection-enhancing components of semen,” said Nadia R. Roan, PhD, the paper’s first author and a research scientist at Gladstone, an independent and nonprofit biomedical-research organization. “Now that we more fully understand how HIV hijacks these components to promote its own infection, we are one step closer to developing a microbicide that can more effectively stop HIV.”

Sexual transmission accounts for the vast majority of HIV infections, and semen is the virus’ key mode of transport. Earlier studies by Drs. Roan and Greene revealed the mechanism by which a positively charged fibril in semen—called SEVI—attracts HIV like a magnet, binding to the negatively charged HIV and helping to infect CD4 T cells. Here, they set out to investigate whether other components of semen also played a part. 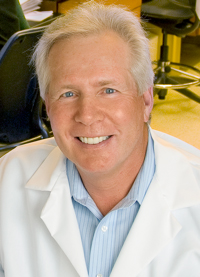 In laboratory experiments on human semen samples, they identified a second set of fibrils—derived from larger proteins called semenogelins—that enhance HIV infection just as SEVI does. Removing these and other positively charged components from semen diminished HIV’s ability to infect CD4 T white blood cells. Further confirming the role of these fibrils in promoting HIV infection, Drs. Roan and Greene found that semen samples from men who are naturally deficient in semenogelins—a disorder called ejaculatory-duct obstruction—also had a limited ability to enhance HIV infection.

“Our experiments suggest that fibrils derived from semenogelins—the major component of semen—are integral to enhancing HIV infection in semen,” said Dr. Roan. “But we are intrigued by their natural, biological function as well. The fact that these fibrils are found in male reproductive organs could point to an evolutionary role in fostering fertilization—something we’re currently exploring.”

“We hope that this research paves the way for the next-generation of microbicides that can both neutralize these fibrils and attack the virus,” said Dr. Greene, who is also a professor of medicine, microbiology and immunology at the University of California, San Francisco, with which Gladstone is affiliated. “This type of one-two punch in a microbicide—what current products lack—could finally give women real protection against HIV’s deadly attack.”

Gladstone Research Associate Simon Chu also participated in this research, which was made possible by a research grant that was awarded and administered by the U.S. Army Medical Research and Material Command and the Telemedicine & Advanced Technology Research Center at Fort Detrick, MD, under Contract Number W81XWH-11-1-0562. Additional support came from the Giannini Foundation, the National Institutes of Health and the German Ministry of Science.