The advent of low-cost, generic forms of cholesterol-lowering drugs has shifted the equation in managing lower-risk patients with elevated cholesterol levels, according to a multicenter study led by researchers at UCSF. 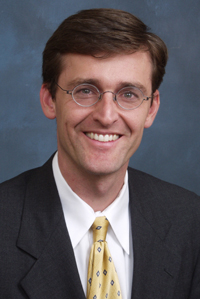 With powerful treatment now costing only pennies a day, the new analysis found that wider use of these drugs in as many as one in four adults could avert up to 27,000 deaths from heart disease each year, while actually cutting U.S. health care costs.

The study specifically addressed the question of whether generic statins – HMG CoA Reductase Inhibitors – could be a cost-effective way to prevent cardiac events among adults with modestly elevated cholesterol and moderate risk for heart disease.

As of this November, there will be only one remaining statin on the market that does not have a generic version. That effectively reduces the cost of the treatment from more than $100 per month to $4 per month or lower, the researchers said, which changes the way we assess the cost-effectiveness of the medication.

“As new evidence comes out that more and more people benefit from statins, we’ve shown in advance that those people can be treated cost-effectively,” said Lawrence D. Lazar, MD, an interventional cardiology fellow at UCLA and lead author on the paper.

“The time to prevent coronary artery disease is not when you’re older and already burdened by disease,” he said. “The time to start preventing it is when you’re younger with better diet, exercise, lifestyle and, for a very large population, with statin therapy.”

Now that prices are lower, it makes sense to use statins more aggressively as a preventive medication for a lower-risk population, he said.

Statins, which block a chemical in the liver necessary to make cholesterol, can impede the buildup of artery-clogging plaques (atherosclerosis) in the coronary arteries. They have been shown to decrease the risk of heart attacks and other cardiovascular events by reducing cholesterol levels, particularly “bad cholesterol,” or low-density lipoprotein (LDL). These drugs have been available to the public since 1987, but the relatively high cost of brand-name statins has prevented greater use among some patients with high cholesterol, the authors said.

If aggressive statin use were implemented widely in the United States, the long-term impact to the healthcare system could be substantial, they said, reducing annual medical spending by as much as $430 million, while simultaneously improving patient health.

“Treating anyone with any heart disease risk factors and an LDL cholesterol greater than 130 could actually save money,” said Mark Pletcher, MD, MPH, an associate professor of epidemiology and biostatistics at UCSF and corresponding author on the study.

While he said statins’ benefits to lower-risk people are still not fully defined, since that question has not been addressed by the gold-standard randomized drug trials, the known effects of the medication indicate that this could be very cost-effective, with few signs of long-term risk.

“When we take our best guess about the potential benefits of statins and weigh them against known and hypothetical adverse effects of the medication and the costs, statins still look pretty good,” Pletcher said. “Statins would have to cause cancer at about the same rate as cigarettes to negate the benefits of treatment, and an adverse effect of that magnitude is extremely unlikely to have escaped detection by now.”

The study compared the current level of treatment to two hypothetical models: a “cost-saving strategy” and a “maximum-impact strategy.” The cost-saving strategy would treat 17 million people per year with generic statins, while the maximum-impact strategy would treat as many as 64 million. This approach could avert anywhere from 12,000 to 27,000 heart disease-related deaths, the analysis found.

Findings appeared in the July 12 issue of Circulation, a weekly journal of the American Heart Association.

Lazar was first author on the paper. Co-authors include Pletcher; Pamela G. Coxson, PhD; and Kirsten Bibbins-Domingo, MD, PhD, from UCSF. Lee Goldman, MD, MPH, from Columbia University, New York, and formerly of UCSF, was senior author on the paper.