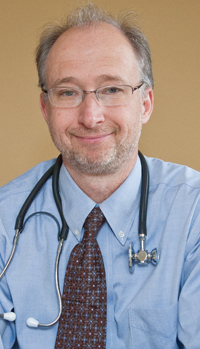 An international team led by researchers from the University of California, San Francisco (UCSF) and the nonprofit Vaccine and Gene Therapy Institute of Port St. Lucie, Fla., has received a major grant from the National Institutes of Health (NIH) to develop a strategy to eradicate HIV from the body.

“Even though existing anti-HIV drugs have dramatically changed the course of HIV disease for many patients, particularly in Western/developed countries, the drugs are expensive and require daily dosing for life, they are not available to everyone who needs them, they have side effects and they do not fully restore health,” said Steven Deeks, MD, a professor of medicine at the UCSF Division of HIV/AIDS at San Francisco General Hospital and one of the three principal investigators.

Moreover, he said, “HIV continues to kill millions of people in developing countries, including regions of Africa, Asia and Eastern Europe. Our hope is to have a single, or more likely, a combination regimen that truly cures the disease and that we could eventually deliver to people infected with HIV throughout the world.”

The award will total over $4 million a year for five years, and consists of seven projects and three core programs. The research project has three broadly defined objectives. One is to define HIV’s reservoir—the regions within organs such as the gut, lymph tissue and the brain where HIV remains dormant at low levels even when current combination antiretroviral therapy prevents further replication of the virus in the body. The second is to understand how this reservoir is created and maintained. The third is to test potential treatments.

“In order to develop a cure that would eradicate HIV/AIDS, we need to be able to first determine and understand all of the places and types of cells in the body where the HIV virus can hide or lie dormant, allowing it to persist in patients even after years of successful suppressive therapy. Then we can test treatments that target and eliminate these viral reservoirs without activating the rest of the immune system,” said study co-principal investigator Rafick-Pierre Sekaly, PhD, co-director and chief scientific officer of the Vaccine and Gene Therapy Institute in Florida.

The National Institute of Allergy and Infectious Diseases (NIAID), part of NIH, is the primary funding organization and announced this award as one of its Martin Delaney Collaboratory grants that seek to advance progress towards a cure through public-private partnerships between government, industry and academia.  NIAID is announcing three Collaboratory grants totaling over $14 million per year for up to five years. Co-funding is also provided by the National Institute of Mental Health.

“Marty Delaney, who died of liver cancer in 2009, was a friend of mine and a hero,” said co-principal investigator, Joseph (“Mike”) McCune, MD, PhD, chief of the UCSF Division of Experimental Medicine.  “Starting in the darkest days of the epidemic, when he founded Project Inform, and throughout the next 25 years, he was one of the most influential and thoughtful leaders in the struggle against HIV, helping researchers to work together and spearheading efforts to get better therapies to patients. Unlocking the secret of how to cure HIV would be a fitting tribute to his legacy.”

The UCSF Division of Experimental Medicine and the UCSF Division of HIV/AIDS at SFGH are affiliated with the AIDS Research Institute (ARI) at UCSF. UCSF ARI houses hundreds of scientists and dozens of programs throughout UCSF and affiliated labs and institutions, making ARI one of the largest AIDS research entities in the world.

The Vaccine and Gene Therapy Institute (VGTI) of Florida is an independent 501(c) 3 nonprofit research organization in Port St. Lucie, Fla. that focuses on studying the human immune system to prevent and treat chronic infectious diseases, cancer and ailments that disproportionately affect aging populations. VGTI Florida is related to the Vaccine and Gene Therapy Institute at Oregon Health & Science University in Beaverton, Ore.