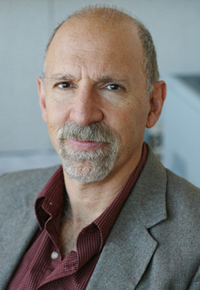 A rigorous study of nearly 400 twins has shown that environmental factors have been underestimated, and genetics overestimated, for their roles in autism-spectrum disorders.

The study found that the children’s environment represents more than half of the susceptibility — 55 percent in the most severe form of autism and 58 percent in the broad spectrum of the disorder — while genetics is involved in 37 percent and 38 percent of the risk, respectively.

This is the largest and most rigorous twin study to date to research the genetic component of the disorder, and tapped expertise from the UCSF Institute for Human Genetics and Stanford University — which jointly led the research — as well as from Kaiser Permanente, UC Davis, the Autism Genetic Research Exchange and the California Department of Public Health.

“Autism had been thought to be the most heritable of all neurodevelopmental disorders, with a few small twin studies suggesting a 90 percent link,” said UCSF geneticist Neil Risch, PhD, director of the UCSF Institute for Human Genetics and senior author of the paper. “It turns out the genetic component still plays an important role, but in our study, it was overshadowed by the environmental factors shared by twins.”

Findings appear in the July 2011 issue of the Archives of General Psychiatry.

“Our work suggests that the role of environmental factors has been underestimated,” said Joachim Hallmayer, MD, first author of the paper and an associate professor of psychiatry and behavioral sciences at Stanford University.

What exactly those environmental factors are, Hallmayer said, is the “multimillion dollar question,” but he noted that the disorder’s manifestation in very young children indicates a cause early in life and possibly during pregnancy.

Autism spectrum disorder (ASD) is a range of complex neurodevelopmental disorders characterized by social impairments, communication difficulties and restricted, repetitive, and stereotyped patterns of behavior, according to the National Institute of Mental Health. An estimated six children out of every 1,000 — or one in 166 — have some form of autism, with boys four times more likely than girls to have it. That rate is roughly 10 times the prevalence of the disorder in the 1960s, which has spurred a concerted effort to identify the source of the condition.

Risch and Hallmayer collaborated with autism expert Lisa Croen, PhD, at Kaiser Permanente, and epidemiologist Judith Grether, PhD, at the California Department of Public Health, which tracks autism statewide through records from the Department of Developmental Services.

The twin study compared those records with California birth certificates for children born between 1987 and 2004, and identified 2,312 twins in which at least one member was affected with some form of autism. The children were all at least 4 years old, when autism can be reliably diagnosed.

Hallmayer then worked with UC Davis clinical psychologist Sally Ozonoff, PhD, and  the Southern California-based Autism Genetic Research Exchange, to conduct parent interviews and full medical and behavioral evaluations of each  child, to systematically assess whether the children had Autism Spectrum Disorder, and if so, at what level of severity.

Ultimately, the group was winnowed to 192 pairs of twins, of which 54 were identical and 138 fraternal, for statistical analysis. Since autism disproportionately affects boys, only 80 of the pairs included both sexes.

Both rates are dramatically higher than the general population, in which the overall incidence of autism is about 0.6 percent. The high fraternal rate was especially unexpected, Risch said, because fraternal twins had previously been thought to have the same concordance as non-twin siblings. Identical twins share all of their genetic material, while fraternal twins share only half, the same as any siblings. The strong fraternal-twin rate in this study is considerably higher than non-twin siblings, indicating a strong environmental component unique to twins.

“The difference between the identical and fraternal rates shows that genetics definitely plays a role in the disorder,” Risch said, noting that if it didn’t, the concordance rates would be equal among the identical and fraternal groups. “But the fact that the fraternal twins have such a high rate shows that their shared environment is contributing significantly to their susceptibility.”

Croen, who is director of the Autism Research Program at Kaiser, said the findings suggest that events during pregnancy should be a focus for future research into the origins of autism.