UCSF basic research into botulism has translated into a novel antitoxin to protect against bioterrorism, with the first clinical trials launching soon to assess the resulting vaccine’s safety. 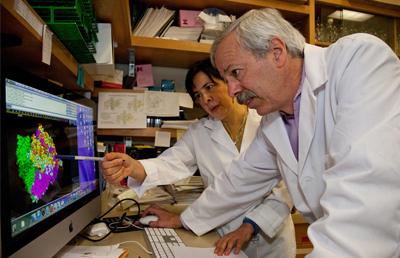 This first-ever recombinant human therapy to target the deadly Clostridium botulinum neurotoxin could serve both to treat poisoning and protect against it for six months to a year, according to James Marks, MD, PhD, a UCSF professor of pharmaceutical chemistry and chief of anesthesia at the UCSF-affiliated San Francisco General Hospital.

A 1979 graduate of the UCSF School of Medicine, Marks is a world-recognized pioneer in the field of antibody engineering.

This is the first novel approach to treating the toxin in nearly a century, Marks said, because of limited pharmaceutical interest in a disease that afflicts small numbers of people – fewer than 200 per year in the United States.

“Botulism is considered an orphan disease and is frequently found in places where home canning is common, such as Eastern Europe,” Marks said. “But it is also one of six Category A bioterrorism agents, along with smallpox and anthrax. The current treatment uses antitoxin made in horses, which cannot be given to prevent disease.”

Despite its current orphan status, botulism research has a long history at UCSF, dating back to the work of Karl Meyer, DVM, PhD, who developed the basic sterilization and hygiene procedures for the US canning industry in the 1920s to prevent botulism poisoning.

The current antitoxin emerged from nearly two decades of research in Marks’ laboratory at UCSF, during which he and colleagues at the U.S. Army Institute of Infectious Diseases identified three lead antibody candidates that, when combined, were highly effective in neutralizing the toxin, even at very low doses. That work was partly funded by the Department of Defense, which raised the profile of botulism as a possible threat in the wake of the 2001 anthrax attacks.

“We’re working with one of the most dangerous substances known to man,” Marks said. “The only way to neutralize it is to have a very potent antibody. And in order to have a realistic dose, we needed to combine three antibodies into one antitoxin.”

The defense department also supported work at the Berkeley-based biotech XOMA Ltd., to develop a therapy based on the UCSF research and bring it to clinical trials. On May 3, 2011, the National Institutes of Health informed XOMA that they were initiating a phase 1 clinical trial of the triple-antibody therapy known as XOMA 3 AB, which will be conducted at Johns Hopkins Medical Center.

This is the second project by UCSF faculty to bear fruit in the past few months, following the US Food and Drug Administration’s approval of a new immunotherapy for melanoma on March 25. Each project resulted from decades of work by researchers who used maverick approaches to tackling these deadly diseases or infections, both at UCSF and at UC Berkeley. 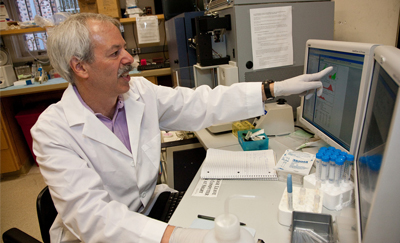 A new treatment for botulism has emerged from nearly two decades of research in James Marks’ laboratory at the UCSF-a affiliated San Francisco General Hospital.

“Both of these projects underscore the ongoing efforts at UCSF to help improve health worldwide,” said S. Claiborne Johnston, MD, PhD, associate vice chancellor of research and the director of the UCSF Clinical and Translational Science Institute. “Each of these involved a dedicated faculty member who understood the importance of his work for the general public and helped to push it into the clinic where it may become a new therapy. That’s exactly the type of work we want to emphasize here.”

The new melanoma drug, developed by Bristol Meyers Squib, is based on antibody research by UCSF pathology professor Matthew Krummel, PhD, into blocking inhibitory pathways in the immune system to fight tumors. Clinical trials on the drug in end-stage melanoma patients showed a 25 percent survival rate past two years in a population that typically lives only a few months.

“This is the type of outcome that drives our current investigations and thinking –knowing that ‘what-if’ experiments really can translate a basic science project into a treatment for an illness,” said Krummel, who conducted the initial research as a graduate student at UC Berkeley.

These also are the latest in a long line of research projects that have made UCSF the second-most productive institution in the world in generating US life science patents, according to a global survey conducted by the Milken Institute. That places UCSF behind only the nine-campus University of Texas system that includes six health institutions and the M.D. Anderson Cancer Center.

Between 1977 – the launch of the biotechnology industry – and 2009, UCSF was issued 1,757 patents, with an average of 150 new invention disclosures annually by UCSF faculty in recent years and an average of $37 million per year in income from license fees and royalties. As a result, UCSF leads the University of California system in the total number of utility licenses, utility patents and license income from its research, including two of the top five UC patents – human growth hormone and the hepatitis B vaccine, which earns more in patent royalties than any other in the UC system. 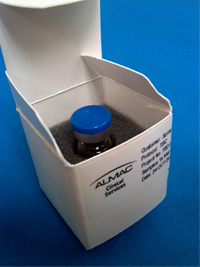 The first clinical trials will begin soon to assess the botulism vaccine’s safety.

The results of those patents include 13 UCSF-licensed technologies now in clinical development, as well as three UCSF-licensed therapies currently on the market: the Recombivax® hepatitis B vaccine (Merck), the osteoporosis drug Menostar® (Schering A.G.) and the neuropathic pain medication Qutenza® - neuropathic pain (NeurogesX, a UCSF start-up). UCSF faculty also has launched 43 life science startup companies since 1996, based on research coming out of these labs.

“UCSF has made great gains in becoming a forward-thinking institution that is ready, willing and able to find ways to work with private sector to benefit the public,” said Joel Kirschbaum, PhD, director of the UCSF Office of Technology Management. “The motto ‘advancing health worldwide’ is not just words; it is supported by our actions at a time when everyone understands the importance of translational research and the university-industry partnerships that are essential to making these dreams realities.”