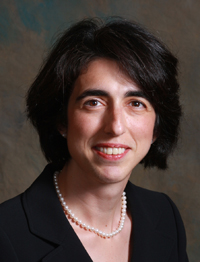 UCSF researchers have tackled a decade-long scientific conundrum, and their discovery is expected to lead to significant advances in using stem cells to treat genetic diseases before birth. Through a series of mouse model experiments, the research team determined that a mother’s immune response prevents a fetus from accepting transplanted blood stem cells, and yet this response can be overcome simply by transplanting cells harvested from the mother herself.

“This research is really exciting because it offers us a straightforward, elegant solution that makes fetal stem cell transplantation a reachable goal,” said senior author Tippi MacKenzie, MD, an assistant professor of pediatric surgery at UCSF and fetal surgeon at UCSF Benioff Children’s Hospital. “We now, for the first time, have a viable strategy for treating congenital stem cell disorders before birth.”

Scientists have long viewed in utero blood stem cell transplantation as a promising treatment strategy for many genetic diseases diagnosed as early as the first trimester of pregnancy, including sickle cell disease and certain immune disorders. Fetal stem cell transplantation involves taking healthy cells from the bone marrow of a donor and transplanting them into the fetus through ultrasound-guided injections. When successful, the implanted cells, or graft, replenish the patient’s supply of healthy blood-forming cells.

In theory, the developing fetus with an immature immune system should be a prime target for successful transplantation, since the risk of graft rejection is low and the need for long-term immunosuppressive therapy may be avoided. However, most previous attempts to transplant blood stem cells into a human fetus have been unsuccessful, prompting some researchers to lose interest in this promising field, according to MacKenzie, who also is an investigator with the Eli and Edythe Broad Center of Regeneration Medicine and Stem Cell Research.

Findings from the study appear online in The Journal of Clinical Investigation, available at www.jci.org. They also will be published in the journal’s February 2011 issue.

“The fact that fetal stem cell transplantation has not been very successful has been puzzling, especially given the widely accepted dogma that the immature fetal immune system can adapt to tolerate foreign substances,” said co-senior author Qizhi Tang, PhD, an assistant professor of transplant surgery and director of the UCSF Transplantation Research Lab. “The surprising finding in our study is that the mother’s immune system is to blame.” 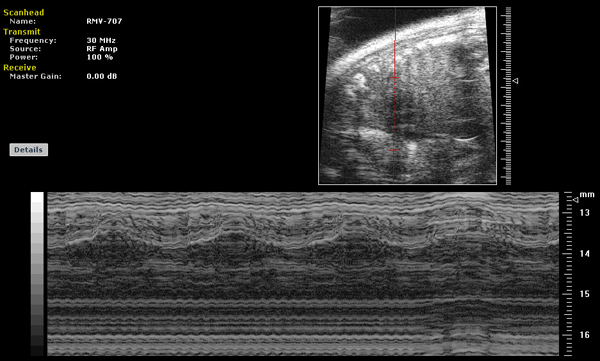 This ultrasound image shows a fetal mouse heart accompanied by an M-mode Doppler reading of the heart rate.

In the study’s first phase, researchers examined the cellular content of fetal mouse blood and found a large proportion of maternal blood cells in the fetus. Their analyses indicated that up to 10 percent of the fetus’ blood cells came from the mother – a significantly larger percentage of maternal cells than what is found anywhere else in the fetus.

“We had previously known that a minute amount of cells travel from the mother into a developing fetus and that this is an important tolerance mechanism in all healthy pregnancies,” MacKenzie said. “However, the unexpectedly large proportion of maternal blood cells in the fetus made us think that perhaps it was the maternal, rather than the fetal, immune response that poses the real barrier to effective stem cell transplantation.”

To further investigate this hypothesis, the team transplanted fetal mice with blood stem cells from a second strain of mice that were not matched to the fetus or the mother. Following transplantation, the researchers observed an influx of T cells – the major driving force behind an immune response – from the mother into the fetus, which subsequently led to rejection of the transplanted graft.

However, if the researchers removed T cells only from the mother before carrying out the transplant, nearly 100 percent of the injected fetuses engrafted, or accepted the transplanted cells, indicating that maternal T cells play the critical role in triggering transplant rejection. Finally, the researchers transplanted fetal mice with blood stem cells matched to the mother, which, as expected, resulted in a very high success rate.

“As long as the transplanted stem cells are matched to the mother, it does not seem to matter if they are matched to the fetus,” said first author Amar Nijagal, MD, a postdoctoral research fellow and surgery resident at UCSF. “Transplanting stem cells harvested from the mother makes sense because the mother and her developing fetus are prewired to tolerate each other.”

As next steps, researchers will need to confirm that the findings are consistent in humans and also will investigate how exactly maternal T cells cause a graft rejection.

“Now that we know a fetus can become tolerant to a foreign stem cell source, we can really think big and consider looking at how other types of stem cells might be used to treat everything from neurological disorders to muscular disorders before birth,” MacKenzie added.

Additional authors include Marta Wegorzewska, Erin Jarvis, and Tom Le, all with the Eli and Edythe Broad Center of Regeneration Medicine and the UCSF Department of Surgery.

The study was funded through support from the Irene Perstein Award, UCSF Sandler Funds, the American Pediatric Surgical Association, the National Institutes of Health, the California Institute for Regenerative Medicine, the National Science Foundation, and the Joslin Diabetes and Endocrinology Research Center.

UCSF Benioff Children’s Hospital creates an environment where children and their families find compassionate care at the forefront of scientific discovery, with more than 150 experts in 50 medical specialties serving patients throughout Northern California and beyond. The hospital admits about 5,000 children each year, including 2,000 babies born in the hospital. For more information, visitwww.ucsf.edu.