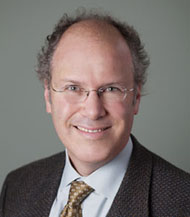 For patients with glioma, the most common primary brain tumor, new findings may explain why current therapies fail to eradicate the cancer.  A UCSF-led team of scientists has identified for the first time that progenitor rather than neural stem cells underly a type of glioma called oligodendroglioma.  This distinction explains why oligodendroglioma is more responsive to therapy than other brain tumors such as glioblastoma multiforme.

The finding is significant, the researchers say, because it gives cancer doctors and researchers new cellular pathways to target in developing therapies.  It also updates current beliefs – that brain tumors derive from neural stem cells – with the indication that, since oligodendroglioma derives from progenitor cells, stem cell-specific therapies may not hold promise for treating those types of brain tumors.

Different life expectancies for two types of brain tumors were what first piqued the scientists’ interest.

“With treatment, patients with oligodendroglioma can live many years longer than patients with gliobastoma multiforme.  For two types of tumor that appear similar, the outcome is so different.  We were interested in understanding this,” said William A. Weiss, MD, PhD, corresponding author and professor in the Departments of Neurology, Pediatrics and Neurological Surgery.

“There has been a great deal of research into the molecular basis of glial tumors, but current therapies have not advanced much.  Many remain ineffective and the majority of patients die from the disease, so fresh strategies are desperately needed.  The ability we now have to sub-classify tumors and differentiate gliomas based on differences in cell of origin will be helpful in the search for more effective treatments,” Weiss added.

Findings are described in the December 14 issue of the journal Cancer Cell and online at http://www.cell.com/cancer-cell/.

Glioblastomas arise from the glial cells in the brain and are known to be highly aggressive, resulting in a life expectancy of just six to 12 months after diagnosis, according to the National Brain Tumor Society.  Glial and neuronal cells both arise from progenitor cells, which in turn arise from neural stem cells.  Oligodendrglial cells are a type of glial cell that supports neuronal cells, insulating them by producing myelin, a substance that promotes communication between neurons.

“Our study shows that tumors can arise from either neural stem cells or progenitor cells, which produce different types of brain cancers that exhibit different responses to therapy,” Weiss said.

Using MRI and detailed analyses of both human and mouse tumors, the team discovered that tumor cells differentiate in the brain in two key ways, and the mode of differentiation impacts whether the tumor will be sensitive to therapy.  Tumors that arise from neural stem cells such as astrocytomas (of which glioblastoma is the most common) are less sensitive to therapy because dormant stem cell-like tumor cells do not divide unless provoked by certain factors. Tumors that arise from progenitor cells, such as oligodendroglioma, are more sensitive to therapy because progenitor cells are actively dividing.

“By studying the properties and behavior of the precursor cells, we have better clues about which cellular pathways could be effective for therapy, depending on the type of tumor,” Persson said.  “So for instance, now that we know to determine whether a brain tumor is a progenitor disease or stem cell disease, we could use MRI to make these diagnoses, resulting in faster, more effective treatment for glioma patients.”